What Are The Health Benefits of Codonopsis? 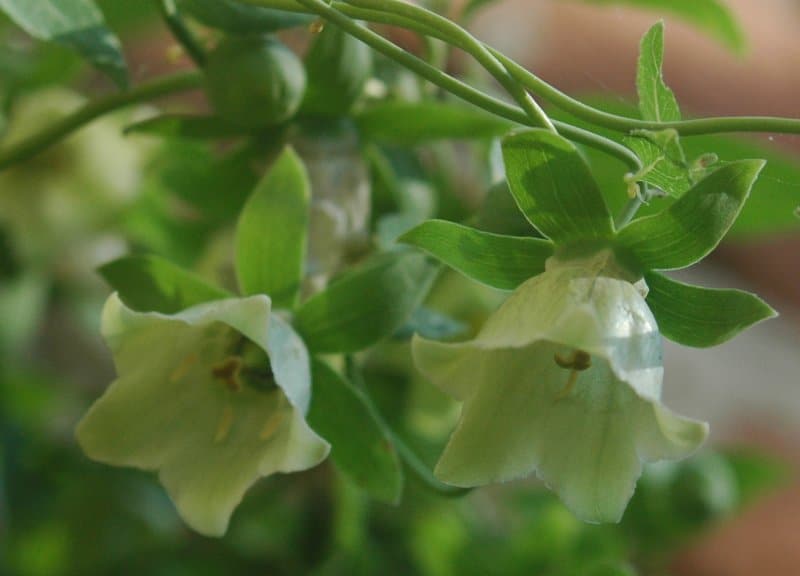 Codonopsis pilosula/lanceolata (c. pilosula/c. lanceolata) is a species of perennial flowering plants belonging to the bellflower family. The plant is endemic to Asia, and it grows in meadows, forests, and scrubs. The plant, sometimes referred to as dang shen, or the poor man’s ginseng, produces twining stems that measure up to two meters long. It has branches, and its leaves are alternately arranged, and its flowers occur at the tips of the branches.

This plant has several uses such as boosting the immune health, improving mental sharpness and memory, and it’s also an adaptogen, just the way ginseng is used in Chinese medicine. Here are the benefits of codonopsis pilosula.

***Note: There are two version of the condonopsis flower, C. pilosula and C. lanceolata.  Some studies cited studied both versions of the plant whereas other studies only studied one or the other.***

The Health Benefits of Codonopsis

This bellflower plant has many benefits and has been used as food or herb by Asian countries for countless centuries. Although Western medicine was adamantly doubtful about the health benefits of many plants and herbs used in Asia, the good news is that the science is starting to catch up.  There have been some studies done recently that have shown that this bellflower plant has plenty of health benefits.

There is some evidence suggesting that C. pilosula may reduce inflammation. According to a 2014 investigation issued in the Journal of Natural Medicines, C. pilosula contains triterpenoids that contribute to the anti-inflammatory activity of its extracts. The methanol extracts of C. pilosula barred the production of nitric oxide and TNF-alpha (tumor necrosis factor-alpha), phagocytic uptake in LPS –activated RAW264.7 cells. Thus, the anti-inflammation mechanism of the C. pilosula involves suppressing cellular responses of macrophages and monocytes by preventing the IKK/NF-KB pathway and redox activation.

Another 2009 research printed in the Archives of Pharmacal Research found that the plant extracts contained saponins that also offer anti-inflammatory benefits. This study showed that codonopsis enhances the inflammatory response of some cells in the immune system and suppresses the tumor necrosis factor and nitric oxide. Although the results of the study show that the plant should be given consideration as an herbal medicine with potent anti-inflammatory effects, more studies should be done to verify the science behind it.

C. pilosula/C. lanceolata is one of the traditional Chinese medicinal herbs used in treating diabetes and reducing the complications that arise from diabetes. In a 2011 study issued in the Journal of Ethnopharmacology, traditional Chinese medicinal herbs sparked great interest because they may be vital for treating severe chronic diseases like diabetes while producing fewer side effects than most conventional medications. They also cost less and provide better patient tolerance than pharmaceutical drugs. According to this study, C. pilosula lowers blood glucose significantly.

C. pilosula combined with ginkgo biloba (G. biloba) enhances memory and learning better than using gingko biloba only. These were the results of a 2004 study published in the Alternative Therapies in Health and Medicine to determine the usefulness of several Chinese herbs used both for acquisition and retention singly or in combination. The results of the test showed that combining C. pilosula with G. biloba produced better results than G. biloba alone. In this study, the subjects were given 75mg of C. pilosula and 40mg of G. biloba extract.

Codonopsis lanceolata may help protect individuals against fatty liver. This information was published in 2009 in the Journal of Medicinal Food. These results are important because alcohol is the primary cause of fatty liver in the world. This study was done on rats, and more research needs to be done to see if the results apply to humans as well.

The codonopsis root has vital functions too, and it has been used from the ancient days until today. The benefits of codonopsis root include cleansing the lungs and improving the functioning of the digestive system.

Similar to other adaptogens, C. pilosula is used for stress reduction and improving the ability to cope with stress. An adaptogen is a substance that is meant to help you cope better with both mental and physical stress by returning your body to homeostasis. Adaptogens such as codonopsis pilosula and ginseng are often used in Chinese traditional medicine. However, western medicine has yet to verify adaptogens really work as well as Chinese traditional medicine purports.

Codonopsis root is used as food in many parts of Asia, specifically Korea and China.  There’s good reason for it; it has many potential health benefits.  But more research needs to be done to further establish and cement its many health benefits.