The Connection Between Uncontrolled Diabetes and Dementia

Health and Fitness
By 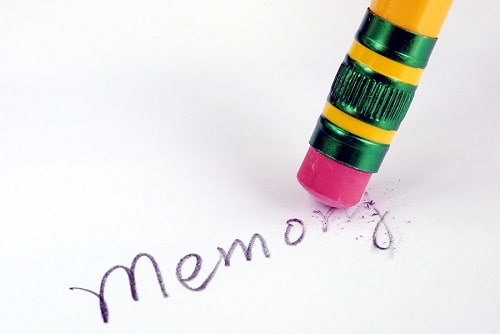 Diabetes mellitus is a group of diseases that influence your body’s utilization of blood sugar. Known to have two types – 1 (insulin-dependent) and 2 (non-insulin dependent), both categories are characterized by excessive levels of blood sugar. People with uncontrolled diabetes usually suffer from a variety of complications, such as cardiovascular problems, nerve damage, kidney damage and eye damage, to name a few. Nowadays, it is has also been linked with higher risks of dementia, even Alzheimer’s disease.

Dementia is a group of conditions that pertains to language, communication, memory and thinking problems. The risk of developing dementia is gradually increased in the elderly, although it is not considered a normal aspect of healthy aging.

Symptoms of dementia include:

Diabetes, which is characterized by faulty insulin secretion, insulin resistance, and glucose intolerance, has several mechanisms that predispose a person to the development of dementia. In fact, this disorder is said to increase the dementia risk by as much as 47%.

As it has been said, diabetes results in a number of complications, including blood vessel damage. This predisposes an individual to vascular dementia, a damage caused by obstructed or limited blood flow to the brain. Usually precipitated by small series of strokes, vascular dementia can develop almost immediately. Vascular dementia can remain constant for a small period of time, and then things can take a turn for the worst. A person might appear well for a short period of time, only to get worse after another wave of small strokes in the brain.

The risk of Alzheimer’s Disease, a kind of dementia, is also increased in patients with uncontrolled diabetes, as many researches suggest. One such study is that conducted by researchers from the Karolinska Institutet of Stockholm, Sweden. The paper, which was published in the June 2009 issue of “Diabetologia,” showed the strong correlation between diabetes and Alzheimer’s disease. According to the study, diabetic complications lead to brain damage, which then leads to the hallmark symptoms of Alzheimer’s disease.

Other theories suggest that high levels of glucose can lead to inflammation and oxidation that can damage the brain. The plaques and tangles that cause such events are said to be caused by diabetes.

Another risk that leads to dementia is mild cognitive impairment, a risk common in elderly with uncontrolled diabetes. In this, elderly people suffer from more memory and thinking problems that are not exhibited by others in the same age group. According to research, many diabetic patients show brain patterns that are characteristic of vascular dementia and Alzheimer’s disease. It is also believed that increased severity and a longer duration of diabetes can further increase the risk of developing dementia. As such, many experts believe that one illness worsens the conditions caused by the other.

Diabetes is a disease that can run in the family. Unfortunately, this faulty gene can also come with other erratic genes – some of which can increase dementia risk in diabetic patients.

This is the claim made by Dr. Giulio Maria Pasinetti and his colleagues from Mount Sinai School of Medicine in New York. Their study, published in the 2013 edition of the journal “Diabetes,” showed that the altered genomic regulation of expression of key synaptic proteins played a role in the development of dementia in people with diabetes. This alteration then leads to protein-induced impairments in the hippocampus, the area of the brain responsible for memory and thinking.

While this experiment was done on lab mice, the promising results show the importance of addressing genetic aberrations – as doing so can help lower the risks of developing dementia in diabetic people.

Hypoglycemia: Another Risk for Dementia

While spiked levels of blood glucose – a hallmark of diabetes – put a person at risk of developing dementia, further studies show that too low levels can have the same effect as well.

Researchers believe that this condition – known as hypoglycemia – deprives the brain of energy – thus leading to damages that might cause dementia. Rallying this claim is a 2009 study printed in the Journal of the American Medical Association. The research featured more than 16,000 patients listed in a Californian diabetes registry. When these subjects enrolled in the study in 2003, none was diagnosed with dementia. Four years after, however, roughly 1,800 participants or 11% of the population have been diagnosed with dementia.

According to the statistics, those who were treated in the hospital once for hypoglycemia have a 26% risk of developing dementia, while those treated three or more times have double the risk compared to those with untreated hypoglycemia. While these researchers are lobbying for a less-aggressive approach on diabetic treatment, many physicians are calling for more studies before the revision of current therapeutic protocols.

Because of the strong connections between diabetes and dementia, physicians are pushing for effective management of the former. After all, many studies show that patients who were treated for their diabetes exhibit better mental functions and lesser cognitive declines, compared to those who abdicated from treatment.

With the many benefits of diabetic management make sure to follow these modifications that can control your symptoms, as well as lessen your risk of developing dementia:

Diabetes comes with a variety of complications– mostly degenerative. As such, if you want to live a longer, dementia-free life, then it is a must that you control your diabetes before it wreaks havoc in your brain.