The 4 Most Euphoric Nootropics (No Prescription Drugs) 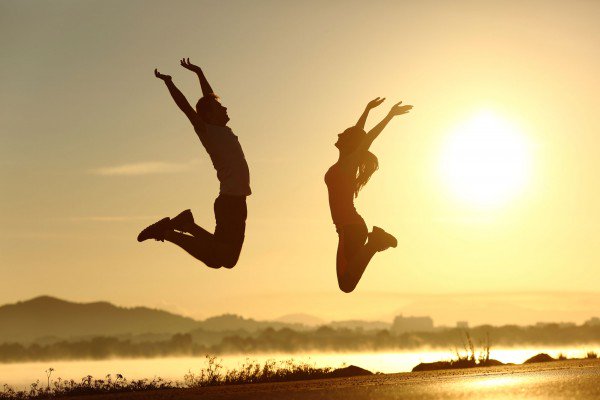 The point of nootropics is to take your brain into a spot to perform at its best. Some of them have an extra benefit of eliciting feelings of euphoria. If you are looking for euphoria that is on par with taking MDMA at a rave, then this isn’t the article for you. What this article covers is nootropics that elicit euphoria but also increase brain function. Also, you can either get them in the store or online legally.

With that said, this post will talk about the science behind euphoria and also spotlight four nootropics with euphoric effects.

The Science Behind Euphoria

Euphoria is a state of pleasure in which you experience feelings of well-being, happiness, and excitement. Certain drugs can cause this feeling, but certain natural activities can also cause this feeling, such as continuous exercise, laughter, socializing with friends, listening to music, dancing, etc.

The euphoria is caused by chemical reactions in the brain. Although involvement of many receptors and neurotransmitters are hypothesized to be responsible for the feeling of euphoria, science knows that the interaction of dopamine with other neurochemicals in the brain the surest causes of euphoria.

For instance, continuous aerobic exercise such as running releases dopamine within the nucleus accumbens. This as a result causes a state of euphoria through its increased biosynthesis with three other neurochemicals: anadamide, beta-endophins, and phenethylamine. This is what people experience when they say they get a “runner’s high.” To provide another example, euphoria caused by music increase dopamine transmission to the striatum (a part of the forebrain).

Drugs that try to simulate the state of euphoria such as MDMA, Ritalin, Adderall, amphetamine, metaamphetamine, cocaine, etc all aim at stimulating dopamine in the brain or another neurotransmitter’s (or neuromodulator) interaction with the brain. Even ketamine, which is used for anesthesia can cause feelings of euphoria because the drug causes increased dopamine neurotransmission.

Essentiallly, any nootropic we want to take to elicit euphoria needs to interact with dopamine in some way, shape, or form.

Nootropics to Take for that Euphoric Feeling

I assume that when you search for a euphoric nootropic, you want euphoria that is coupled with increased brain functionality. So here are four nootropics that can elicit feelings of euphoria that also increase cognitive function. 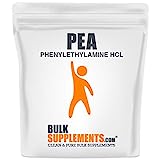 For euphoria, the most popular option in the nootropics community is PEA. It is an organic compound and a natural monamine alkaloid with psychoactive and stimulant properties. This substance has been used by the weight-lifting community for awhile as a pre-workout supplement. However, it has recently made its way into the nootropics community. Although PEA does give a noticeable euphoric effect, the results are short-lived. Most users experience an intense euphoria within the first 30 minutes and then it disappears. However, users are able to experience sharp focus for 2-4 hours after taking it, albeit without the euphoria.

The most intense euphoric experience out of the list but it is short-lived. You should combine with other nootropics for peak brain function. Taking on an empty stomach may prolong the feeling of euphoria.

Sulbutiamine is a synthetic derivative of Vitamin B1 (thiamine). It has been known for its ability to help improve people’s mood and focus. Like any other drugs bringing about euphoria, sulbutiamine affects your dopamine levels. People in the nootropics community sometimes take this supplement to help with mood disorders (depression/bipolar).  Some users have reported experiencing euphoria after prolonged use of over 2 weeks while others report euphoria after a few days of use. People who take it also report intense motivation to do work and be productive. However, the effects of sulbutiamine would depend on the level of thiamine (Vitamin B1) you already have in your body.

The euphoric feeling is hit-or-miss first time taking it and your body will build a natural tolerance for it if you are continuously taking it everyday. 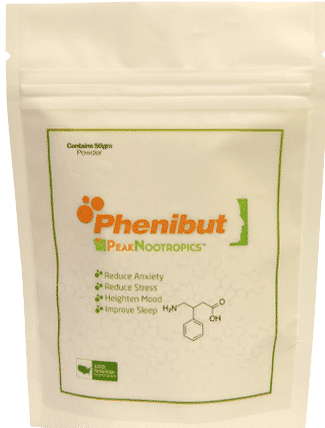 Although some people do not consider phenibut a nootropic, there is no doubting its euphoric effects. Phenibut is an amino acid related to the GABA neurotransmitter. This nootropic has been found to increase dopamine levels in the striatum. The striatum is responsible for mediating reward cognition, reinforcement, motivation, motor function, certain executive functions, and stimulus-based learning.Some have claimed that it is even more euphoric than hydrocodon, MDMA, and alcohol. People experience increased confidence and energy with decreased nerves and anxiety.

In some countries like Russia, phenibut is sold as a psychotropic drug. However, in the United States, it is sold as a nutraceutical so you do not need a prescription to obtain it. Liftmode seems to be one of the more popular option for getting phenibut online. The usual dosage for phenibut is anywhere from 250 to 15000 milligrams (mg).

The median lethal dosage of phenibut is 900 mg/kg (milligrams of the agent per kilogram of taker’s body weight).

A nootropic that blurs that line between what is considered a supplement and a pharmaceutical. However, its euphoric effects cannot be denied. It is an addictive substance and should be taken sparingly.

Adranifil is a discontinued wakefulness drug (eugeroic) sold under the name Olmifon. But it is now an unscheduled agent and sold as a supplement in the United States. It is closely related to the more popular modafinil (which is a prescription drug). Users report strong euphoric effects when combined with caffeine.

At the end of the day, adrafinil is a wakefulness agent and should not be taken anywhere near sleep time. In fact, like modafinil, it should be taken immediately after waking up if you want to sleep well at night. The half-life of adrafinil is similar to that of modafinil, which is somewhere in the range of 15 hours. Because of its long half-life, adrafinil will probably provide the most longest-lasting euphoria out of the nootropics on this list.

Although adrafinil is unregulated and can be bought as a supplement, you won’t be able to buy them at your local supplement stores because brick-and-mortar supplement stores concentrate too much on supplements for the body, and not the mind. However, the good news is that you can buy adrafinil online without any worries about legal

The median lethal dosage for adrafinil seems to be anywhere between 1,250 mg/kg in mice and 3,400 mg/kg in rats.

The agent is a precursor to modafinil and is almost as effective in promoting wakefulness.  This wakefulness-promoting agent also provides long-lasting feeling of euphoria, especially when combined with slight amounts of caffeine.