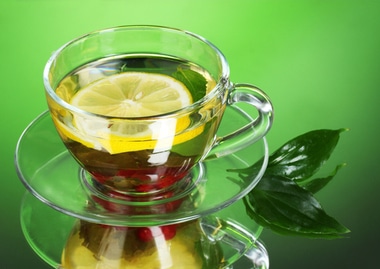 Green tea is one of the most popular beverages in the world and it is widely known for its various health benefits.  But in addition to the various benefits to your body, it turns out that green tea can also benefit your mind.  A recent study conducted shows that green tea can improve your working memory.

In a study conducted by Christoph Beglinger and Stefan Borgwardt involving 12 volunteers, those who received a beverage containing 27.5 grams of green tea extract showed increased connectivity between the parietal and frontal cortex of the brain compared to the control group, those who drank a beverage that did not contain green tea extract.  The increased connectivity was measured using an MRI machine.  The increased connectivity involved areas of the brain are associated with working memory and thus an increase in those areas are associated with improved working memory.  The authors of the study said this of the study:

“Our findings provide first evidence for the putative beneficial effect of green tea on cognitive functioning, in particular, on working memory processing at the neural system level by suggesting changes in short-term plasticity of parieto-frontal brain connections.

They do not know about the long-term implications or cognitive benefits of drinking green tea, however the researchers stated that the study shows strong evidence that green tea might be able to increase the short-term synaptic plasticity of the brain.

The study’s researchers also noted that the benefits of the green tea might have been stronger if the participants consumed pure green tea extract.

An example of your working memory in action involves solving a logic puzzle like this:

Robinson found himself on an island where some of the people were liars, and others always told the truth. When he met with one of the inhabitant of the island, he asked him: “Are you a liar or not?”
“I’m not a liar”, answered the person.
“All right, if it is so, you’ll be my companion”, Robinson said.
After a while they saw another man.
Robinson pointed to the man and asked his new friend,
“Could you, please, ask him, if he is a liar or not?”
The new friend asked the question to the man, came back and said,
“He said he was not a liar”.
“All right, now I’m convinced that you are not a liar!” smiled Robinson. What convinced Robinson?

Another example of working memory in action is being able to tally up all the items you bought at a department store in order to find out how much you will be paying at checkout.