7 Steps to Becoming an Early Riser 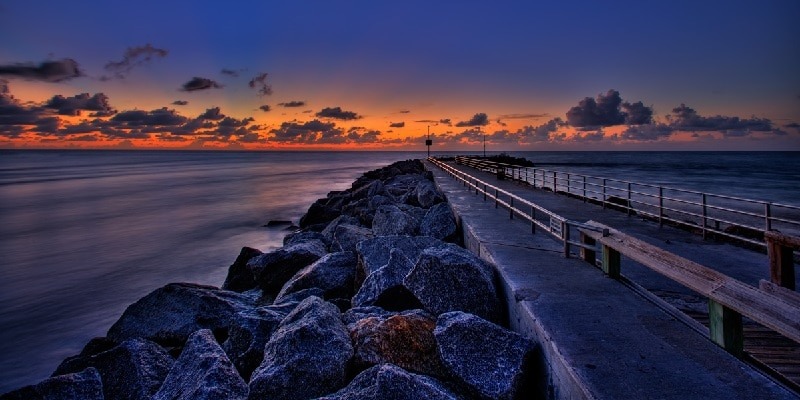 Waking up early has been a defining mantra for success for thousands of years.  Even the famed philosopher Aristotle was quoted as saying, “It is well to be up before daybreak, for such habits contribute to health, wealth, and wisdom.”  Many of the most productive and successful people are and have been early risers. The quiet and serene morning before the chaos of the day is a great opportunity for some self-reflection and uninterrupted work. It is a great time to accomplish some of the most pressing issues before the rest of civilization wakes up.  And once you are able to complete the most important tasks, you no longer feel overwhelmed and feel as if you are just catching up with the fleeting day.  Of course this is not to say that people who sleep in aren’t productive or successful.  However, the circadian rhythm of most people do not allow for very productive nights.

I, for one, have only started waking up early within the last few months.  I never heeded my father’s advice of getting a head start on the day and always slept in well into the afternoon.  He often told me (in Vietnamese) “even a homeless man who gets up early will be the most successful at begging.”  But since I started experimented with waking up around 5 am, I have found a lot of wisdom and truth in his sage advice.  As a result of waking up early, my productivity has skyrocketed.  I have found that I have more energy than ever before and I am able to accomplish most if not all of the things on my daily to-do list.  I would say that getting in the habit of waking up early is the most important change I’ve made as an adult.  So if you are like me and want to reform your sleep habits and start waking up early to become more productive, here are 6 steps to transform you from a night owl to an early bird:

Step 1: Have a Reason to Wake Up

I mean this in an existential sense.  Is there something that excites you and makes you look forward to the day?  Possibly it is a new workout routine?  Or going to a job that excites and invigorates you?  It is extremely important to have a purpose to waking up early—because if you have to wake up to a job you hate or a life that doesn’t excite you, you probably wouldn’t be too excited about your days.  Your will to live your daily life has to be greater than your will to press the snooze button—plain and simple.

If you don’t have a reason to wake up, then you aren’t looking hard enough.  Life is full of things to be excited about.  For me, I started waking up early once I decided once and for all that I was making a firm dedication to become the person I want to be.  That meant waking up early to work on my business before I go to work so I can have enough time in the day to fit in mixed martial arts and a little light reading in the evening.  For me, being physically, mentally, and financially fit (the trifecta) was important to me.  I made a firm dedication to myself that I was going to work towards that goal every single day.

Knowing your sleep cycle is vastly underrated.  Knowing the best time for your body to wake up can be difference between continuously pressing the snooze button to sleep in an extra hour and waking up early, wide awake and refreshed.  The sleep cycle alternates between REM and non-REM mode.  REM (rapid eye movement) sleep is the mode in which you dream and it is when you are in your deepest sleep.  As such, you do not want to wake up during REM sleep.  You will feel super groggy, even if you’ve had 10 hours of sleep.  Non-REM sleep happens at the beginning of each sleep cycle.  There are four stages in each non-REM cycle, each stage lasting 10-30 minutes.  The first two stages are the lighter sleep period.  The last two stages of non-REM are the deeper sleep periods, when your body is preparing to go into REM sleep.  I don’t want to get too in-depth about the sleep cycle so if you want to read more about it, click on the link above.  But the main takeaway is to analyze your sleep cycle and find out when you are in Stage 1 or Stage 2 of non-REM sleep.

There are a couple of iPhone and Android apps out there that lets you find out more about your sleep cycle—the one that comes to mind is Sleep Cycle for iPhone and SleepBot for Android.  If you want something a little fancier that keeps track of your cycle and how well you sleep, you can try something like the Fitbit One (or something similar).

Having a to-do list and letting it sink in is extremely important for internalizing your agenda and your rationale for waking up early.  I have a mini dry erase board right next to my bed and write down the things I have to do the next day.  Once I write everything down, I spend about 10-15 minutes to look over it and let it sink in to internalize it.  The most important part of your to-do list is to the plan of what you are going to do first thing when you wake up.  Otherwise, there isn’t really a motivation or purpose for you to wake up early.

Step 4: Get to Bed At Least 30 Minutes Beforehand

You wont fall asleep right when you get to bed unless you are extremely tired. So be sure to go to bed a little early to give yourself some time to fall asleep. So within half an hour of the time you want to be asleep, you should be ready to go to bed. Once you are in bed, you can mentally prepare for the next day by internalizing your to-do list and commit to waking up early.

In order to be in bed 30 minutes early, you have to start getting ready for bed an hour before you actually sleep. That means, within an hour of your ideal sleep time, you should stop whatever you are working on and prepare  for bed. What I found especially helpful is to set an alarm to go off an hour before you want to sleep. When that alarm goes off, I know that I have to stop whatever I am doing and start preparing for bed—no matter what I am doing.

Step 5: Make a Commitment to Waking Up Early

At the beginning of my change from a later riser to an early riser, I had to set 10-15 minutes aside every night before bed to mentally prepare myself to wake up early.  I use this 10-15 minutes to visualize myself waking up early and telling myself why I am waking up early.  Psychologists have found that visualization and “mental practice” is extremely important in gaining an edge in competitive sports and also important in following through with your goals.

In addition to mentally practicing the act of waking up early, it is also great to think about the consequences of not getting up early.  I would fall behind on my business.  I would also feel extremely guilty because I didn’t keep a commitment to myself.  Once I internalize my commitment to waking up and mentally practice the act, it will usually be the first thing I think about when I wake up.

I know there are some that advocate going to sleep whenever tired. But that doesn’t seem to work well for most people as most do need a full night’s rest in order to function optimally the next day. Not getting the right amount of sleep and not being able to get up during your light sleep period can mean the difference between waking right up or having to press the snooze button 10 times and waking up an hour or 2 later.  With that said, it is important that you let your body gradually ease into the new schedule. So for the first week, try going to sleep about 15-30 minutes earlier than normal and waking up earlier by the same increment. Then the week after, try going to sleep an hour earlier and waking up an hour earlier. Your brain is designed to fight off drastic changes so making slow changes ensures that your brain can adapt to the changes without resisting much.

Too Much Sleep Is Bad For You

Lack of Sleep Affects Over 700 Genes

Step 7: Solve a Math Problem Upon Waking Up

For awhile, I needed an alarm clock that made me solve math equations to be able to turn it off.  There are several on the Android and Apple marketplace but the one I use is Alarm Clock Xtreme.  When using the app, make sure to set the math equations to at least medium; if the problems are too easy you will solve the math too soon for your mind to be able to properly wake up.  My body is now used to waking up early so I no longer need a math alarm clock to wake up.  I imagine the same thing will happen to you once waking up early becomes a habit.

7 Off-The-Floor Exercises for a Six Pack