Most “gurus” in the self-help industry use motivation and positive thinking as the main modes for creating lasting habits.  However, thinking positively and having motivation, while important, may often-times not be enough.  That is where triggers come in.  Triggers are relatively unknown because they aren’t talked about very much in mainstream personal development.  But according to psychologists, the trigger is the most important part in creating a new habit.  A trigger is simply an event or action that will kick off an automatic reaction.  In clinical psychology, triggers are usually associated with bad habits and identifying the trigger is important to the therapy process.  For instance, alcohol is a trigger for many smokers as alcohol brings about a strong urge to smoke in many smokers.  But we can use our understanding of triggers for good, to create new lasting habits.

Habits are, by virtue, automatic.  But an action only becomes automatic as soon as they become routine and ingrained in our subconscious.  And essentially, habits are pathways in your brain that have been strengthened by repetition.  When we are first trying to forge a habit, it will actually take a lot of effort in order to make it a habit.  But if we keep on reminding ourselves to keep repeating the action, it will eventually become a habit.  And it will take approximately 66 days for that to happen.  But it can happen much quicker if we are able to anchor our desired habit onto a trigger.

Characteristics of a Trigger 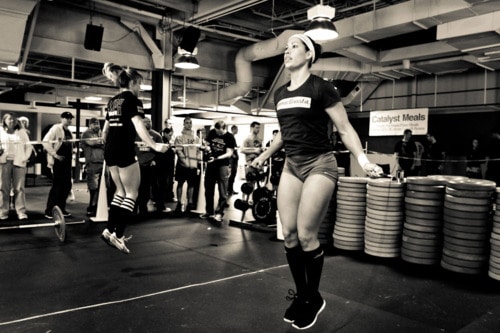 In order for the trigger to be useful in forming a habit, they should meet the following criteria:

How to Create a Connection between the Trigger and the Habit

The advantage in using triggers to create new habits is that you are anchoring something that is not automated (the desired habit) onto something that is completely automated (the trigger).   The hope is that the desired habit will become automatic too because of its connection with the trigger.  But how do you build this association?  The good news is that it is extremely simple—it only requires you to do the three following things:

Before anything, you will need to identify what that new habit you are looking to build is.  For example, let’s say your new desired habit is to exercise every weekday.  So now that you have identified a new habit that you want to start building, it is time to commit to forging that habit by making time for it in our schedules.

In order for it to become a habit, it needs repetition.  To ensure repetition, it needs to be a priority.  Thus, you will need to figure out a definitive time each and every weekday to exercise until it becomes automatic.  When and what time of day?  So let’s say that you want to exercise in the morning.  Okay.  Good.  Now identify triggers in your morning.

Here are some triggers in the morning that you can use to anchor your goal to exercise every weekday:

Those are the four most common triggers for the average person before departing to work.  So if you want to exercise before going to work, pick one of those triggers to associate with your new desired habit.  Remember, the trigger comes before your desired habit.  The trigger is the antecedent.

Let’s say that you want to exercise right after brushing your teeth.  So now that you have identified the desired habit, defined the time you are going to allocate to exercising every weekday, and identified the trigger to build your habit around.  It is time to get to work.

Like any habit, it will take some work to get used to.  However if your brain has associated a habit with an identified trigger, building that habit will become quite a bit easier.  To build a strong association between your desired habit and your trigger, it is important that you only act on the desired habit right after the triggered behavior or action.  Yes, that means you have to do it exactly after brushing your teeth.  Not any sooner or later.  If you do not do it right after the trigger, your brain will not build that connection.

Setting Yourself Up for Success

In the beginning, when you are trying to build a habit you need to do everything in your power to make sure you act on your desired habit.  You need to plan so you can set yourself up for success.  So what does that mean for the goal of exercising every weekday?  That means you should: