How to Make Habits Stick Permanently 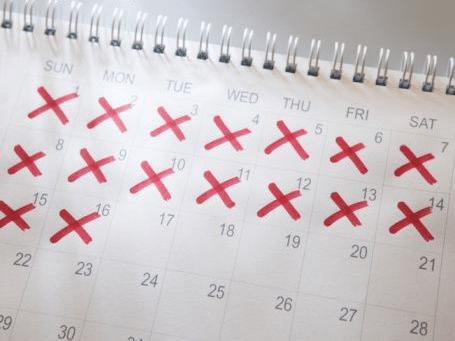 Breaking or creating a habit is extremely hard; failing is often the rule, and not the exception. While traditional wisdom tells us that it takes a three weeks to make something a habit, new science tells us that it is much longer than that; developing or changing a habit takes an average of 66 days to truly become ingrained in us, where the actions are automatic. Many of us often don’t get far enough to the point where that new habit becomes unconsciously ingrained in us. But that is fundamentally what a habit is—it is an action that is driven by the brain’s unconscious.  So knowing how hard it is to break or create a habit, how do we do it so that the change is permanent? Here are some ways that can help.

For each habit you are trying to break or create, you have to identify a primary motivation behind it. What is the true motivator behind the change? The motivator should be a strong intrinsic one. Extrinsic motivators work but they don’t work all that long. For instance, you are running a mile a day because you want to lose 10 pounds for your wedding. Okay, well once those 10 pounds is lost, you will have lost all motivation to keep up with the habit of running. Remember, a habit is something that just doesn’t stop after a milestone is reached—it is something that is automatic and repeated without thought throughout our lives. That is why the motivation needs to be strong enough for you to keep going, and to keep going on the days when it is just easier to just give up.

Don’t do the same thing over and over again if it doesn’t work. If it doesn’t work the first few times, try something different. Insanity is doing the same thing over and over again, expecting different results. Success is just the process of trial and error. Very few people do it right the first time. However, those that find success in creating habits are those that are able to see what they did wrong and adjust for the next time.

When you fail, identify the specific roadblocks that made you fail. Once the roadblocks are identified, adjust accordingly.

As the military always say, prior preparation prevents poor performance. Have a clearly define plan sets you up for success and defines the threshold for success, as well as parameters that you must not cross.

You need to write down a plan, and have it clearly visible or accessible. The plan needs to be specific about what you need to do and what you can’t do. For instance, if your plan is just to run every day, that is too general of a plan. The plan needs to be more specific, it needs to include the distance you have to run, a time requirement, and allowable excuses for missing a day.

Seeing your progress and seeing how far you’ve come is an important component of continued progress. For me, I like to get a calendar and put a big X in the day once I have accomplished my habit.  It’s a lot like Jerry Seinfeld’s “don’t break the chain” productivity module. Once you see how far you have come after you see 15 big Xs in a row, you are more inclined to keep up with your progress, not wanting to break the chain of Xs.

For this, I recommend a calendar whiteboard with extra spacing on the side so you can also write down your plan.  Amazon has the Quartet Dry Erase calendar that is fitting for something like this.

Try making or breaking one habit at a time

Creating one habit is hard enough. If you are trying to attack more than one habit at a time, it becomes exponentially harder. Like the saying, “one bird in the hand is better than two in the bush.” Instead of doing a half-ass job of trying to change multiple habits at once, try focusing 100 percent of your energy on one habit at a time.

Additionally, when you have multiple habits you are trying to work on at the same time, they can sometime conflict, either with your time, your values, or your priorities.  It is better to dig one inch wide and a mile deep than it is to dig one mile wide and one inch deep.

When trying to break a bad habit, identify what triggers that bad habit. For my gambling habit that I had to kick, my trigger was seeing a casino or drinking near a casino. So when I identified these triggers, I avoided them; and that helped me immensely in kicking my bad habit. For many smokers, coffee is their trigger. So while they try to eliminate smoking, many will try to eliminate coffee from their daily routine as well.

Be present and aware

Habits are automatic actions that are ingrained in our brains and do not require conscious thought to do. When there is a bad habit you want to break, you need to be aware of your actions and what you are doing—because what you are doing will be unconscious before you realize what you are doing. Like nail biting for example.  But by being constantly aware and present, you can stop your bad habits by participating in your life and being apart of the decision-making process.  Don’t just mindlessly go throughout your day.  Pay attention to the things you are doing.  Being aware of your actions takes a bit more effort, but it is extremely helpful in the long run.

I don’t want to sound all new agey and say you have to visualize your success, but science has proven that mental visualization vital in helping you obtaining your goals. Athletes have been using mental imagery for a while to perform at their peak. However, you don’t have to be an athlete to use visualization. Science says that if you visualize yourself accomplishing the task, or performing the new habit, you are more likely to perform it. In order to succeed, you have to imagine yourself succeeding first.

Exceptions are a slippery slope. You allow yourself to break the rule one time, and pretty soon, the exception becomes the rule. In learning a new habit, or breaking a bad habit, you have to be steadfast in the rules you have established for yourself when you wrote down your plan. You can’t modify or change the rules, you can’t make exceptions, and you can’t cheat yourself. Have convictions in your goals—don’t stray, even one bit. If you give yourself an inch, it will eventually become a mile.

Take it one day at a time

Thinking about willing yourself to do something repeatedly is hard. It’s probably even harder now that you know it takes an average of 66 days to change or create a habit. But it’s a mistake to look that far down the road. Just take it one day at a time. In this fashion, you are breaking your habit/goal down to micro goals, which are much more manageable mini-goals. If you want to stop smoking permanently, don’t think about how many days you have to go without a cigarette—just think that you will just have to go without it for the day. That’s a beauty of momentum, little by little, a little becomes a lot.

The road to change is often a hard one, met with many roadblocks. It is easy to give up—your brain will want you to give up, because it is just easier to go back to the way things were. That is why you have to constantly remind yourself of the commitment you’ve made to change, and why you are making that commitment.

Get plenty of rest

Your mind operates on a different plane when it is well-rested. You are more willing to give into the easy route when you are tired as opposed to when you are well-rested. So be sure to get plenty of rest. Researchers recommend getting 7-8 hours of sleep a night. Additionally, be sure to wake up during the lighter part of your sleep so you don’t wake up groggy.