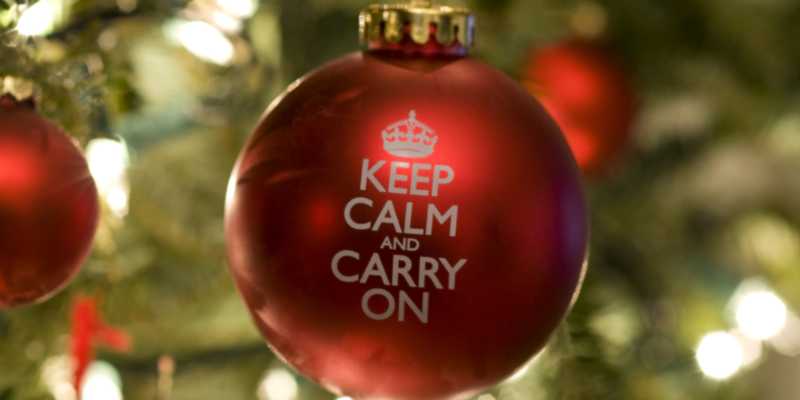 I previously talked about how some stress is good for learning as it can keep you on top of your game.  But what happens when we are too stressed, or feeling stressed for too long?  Although a little stress in doses is good for performance, too much stress can be detrimental to your body and brain.  In this article, I will talk about the concept of learned helplessness, and how it connects to stress.  Additionally, I will talk about how chronic stress affects our ability to do well in the workplace and in an academic environment.

In the late 1960s, psychologist Martin Seligman performed a rather cruel experiment on German shephards that provided an important foundation for what we know about stress today.  The first step of the experiment is to strap each dog to a restraining harness rigged with electric wires.  The dogs were subject to electrical shock at random intervals, 24 hours a day.  But because the dogs are restrained by the harness, they are not able to escape the painful jogs.  This went on for several days. Initially  the dogs resisted the shocks by urinating, by trying to get out, and by straining their harness in a desperate attempt to stop the pain. But as the days go by, the resistance subsided as they begin to learn that no matter what they do, the pain was not going to subside.  The harness was then released and they were subjected to the same shock.  However with the harness released, they were able to escape the pain.  The other side of the box is insulated from shocks, and only a low barrier separates the two sides of the box.  Though the dogs could jump over to safety when the thought strikes, but the thought doesn’t strike.  Instead the dogs lay there helplessly whimpering with each painful jolt, no longer resisting.  This experiment was the foundation for the concept of learned helplessness.

This concept does not only apply to dogs, it applies to much of the animal kingdom, including humans.  Holocaust victims who have been subjected to extensive imprisonment react the same way.  In fact, this type of behavior in Nazi concentration camp was given a name; gameln, which is a German word to mean “rotting.”

The two important hormones released during stress is adrenaline and cortisol.  From an evolutionary standpoint, adrenaline and cortisol were built as an immediate and short-term fight-or-flight response to physical danger (stress).  It was never meant to handle long-term stress.  Our stress hormones were not meant to be a response to the daily trials and tribulations of life, such as money problems, work conflicts, and relational issues. It is when these moderate amounts of stress hormones build up to a large amount, or when these moderate amounts stay too long, it can lead to many issues.  Long-term stress dangerously deregulates this system and can cause a plethora of diseases and illnesses.

Stress hormones take an unusual liking to the brain’s hippocampus.  Stress can make cells in the hippocampus susceptible to more stress. Stress begets stress.  Stress hormones have the ability to disconnect neural networks, which store memory and information.  They can also impede the hippocampus’s ability to create new neural networks, effectively stunting the learning of new information.  That is, a chronically stressed brain does not learn anywhere near as well as a normal brain.

This is the reason that the performance of children in school often has little to do with the classroom or the quality of the teacher.  Often, it is the home life that is causing the body of the mind of the child to stress, thereby impeding the child’s ability to learn and thrive in the classroom.  If the child experiences daily abuse or watches the parents fight constantly, learned helpless will eventually beset the child.  And as learned helplessness begins to take hold, the stress hormones build up and impedes the ability to learn.  Analogously, the reason adults are not able to learn effectively or do well as they should at work is because of the conditioned learned helplessness at home or at work.

Statistics show that the perfect storm for what makes workers stressed is pretty much what Martin Seligman concluded more than 50 years ago; workers are stressed a) a great deal is expected from them AND b) they have no control in whether they will do well.  This invariably leads to burnout, which leads to lost productivity and job loss.  This also applies to college classrooms; the courseload is hard and the student doesn’t feel a sense of control over the grades they will get, no matter what they do.

The Cost of Chronic Stress

The Center for Disease Control and Prevention (CDC) assert that 80 percent of our medical expenditures are for problems related to stress.  Prolonged stress can ultimately lead to depression.  77 percent of employees report being burned out, which often translates to a lot of cortisol, a lot of missed days of work, and a lot of trips to the doctors.  Stress is behind more than half of the 550 million working days lost each year because of stress-related illnesses.  Alone, the cost of depression to the work force in 1990 was estimated to be $53 billion, $33 billion of which was due to loss productivity.  Many corporations are starting to realize that employee stress is a major productivity vacuum and thus have begun integrating work/life balance programs in order to provide a healthier work environment for employees.

How to Manage Stress

There is a lot of advice out there about managing stress.  But the most helpful and basic tip would be to (re)gain control of your life.  Control, or a sense thereof, is critical to the management of stress.  You must feel that you are in control of the situation, whether it be in the workforce or at school.  In the bigger picture, having control at work or in school means having control of your life. If you are a parent, having a supportive environment for your children in which they do not feel helpless gives your children the ability to excel in an academic environment.

In addition to having a sense of control, you must work on organizing your life by developing a daily routine.  A daily routine helps bring organization into your life by allowing you to have forethought and foresight of your day-to-day dealings.  It also allows you a sense of control by letting you dictate what is important in your life.  I have found that waking up and including a morning ritual into your day also helps alleviate some of the stress of the daily hustle-and-bustle.  If you are a parent, establishing a daily routine  and structure for your children is paramount to their ability to handle stress later on in life.