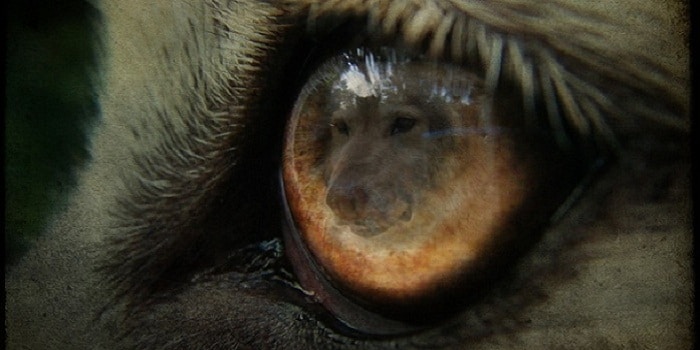 Memory doesn’t always fade away. It can persist, even to our detriment. Those afflicted by post traumatic stress disorder are often haunted by memories and images of traumatic events to a point where it becomes unbearable. The ordeal they underwent keeps resurfacing over and over again.

The persistence of memory, especially the persistence of traumatic memory is likely a survival mechanism that developed in the distant past when human beings were constantly on the move. It was a way of remembering the bad things that happened and driving us away from similar circumstances. In our modern lives, traumatic circumstances may not be all that common. Still, we’re stuck with the memories, even when they are no longer useful.

Direct forgetting, that is just telling yourself, or being told by someone to forget, doesn’t seem to work. A traumatic experience causes our minds to be hyper-sensitive to certain concepts, words and surroundings. In one study, a group of women who had been sexually abused as children were given words that described traumatic experiences and then told to forget them. Very few could. While, on the other hand, the control group made up of women who had not been abused could easily forget. It appeared that traumatic experiences actually suppress the ability to forget. So, it seems that, in treating post traumatic stress disorder, we are actually up against a built-in mental mechanism designed to keep traumatic memories and things associated with them at the forefront of the mind.

Studies have shown that when people are encouraged to be introspective, they often tend to recall negative thoughts, while people whose attention is extroverted tend to recall more positive thoughts. Does this mean that the cure for depression is to be an outgoing extrovert?

Well, not really.
[wp_ad_camp_4] The persistence of memory and the tendency of traumatic experiences to persist is part of a memory system that has evolved for the purpose of survival. Our ability to remember consequences keeps us from making the same mistakes twice.
The number of life threatening, traumatic situations that the average person encounters has been greatly diminished in our modern world. Because of this, a mechanism that once kept us alive is now more often a hindrance than a help.
Will the day come when we evolve out of this little trap? Maybe, if things keep going as they are. However, if our descendants don’t have the cushy lives that we have, the persistence of memory might once more be a valuable survival tool.
Author Bio: Dr. Tali Shenfield is a Clinical Psychologist and a Director of Richmond Hill Psychology Center. She is a member of the Canadian Psychological Association and Ontario College of Psychologists. You can visit her professional blog here.

Stress 101: Every Little Thing You Ever Wanted to Know about Stress

The Importance of Positive Self-Talk

Goals That are Too General is Linked to Depression