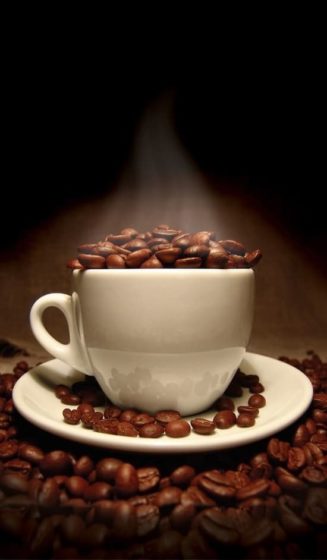 Theanine is one of the main psychoactive ingredients (and an amino acid) found in tea.  Since the discovery of its benefits, it has been separated and used as a supplement for the brain (also called a nootropic).  For cognitive hackers, theanine is often used with caffeine (such as coffee) to provide cognitive stimulation but alleviate anxiety and jitters that often come with caffeine.  The Food and Drug Administration classifies the supplement as a GSAS (generally recognized as safe) ingredient.

L-Theanine and the Brain

Theanine has primarily been studied for its ability to reduce stress and anxiety, improve cognitive function, and boost mood.  It has often been studied in conjunction with caffeine.

Theanine increases brain dopamine levels, which is a neurotransmitter responsible for reward-seeking behavior, motivation, attention, and movement.  Theanine is also found to promote alpha wave production in the brain, promoting relaxation and a decrease in “edginess.”

Theanine has shown in trial studies to be somewhat effective in reducing symptoms of schizophrenia.

Can you ever have too much theanine?  Research conducted so far on rats show that high doses of theanine does not result in any damage to long-term mental or physical health.  However, with that said, the LD50 (medium lethal dose) is 5,000mg/kg in rats.  So theoretically, if the same medium lethal dose is applied to the human population, the LD50 of a 70kg person (154 pounds) is 350,000mg (ingested at once).  In other words, it would be almost impossible to die from theanine.

[wp_ad_camp_4] If you plan on taking theanine, it is best to begin with 100 to 200mg daily to test your tolerance levels.  Most capsules come in that size.  The standard recommended dosage is 100mg of theanine for every 50mg of caffeine.  Most people who take theanine take it in conjunction with coffee because the synergy between coffee and l-theanine has been shown to be effective in promoting attention, focus, and relaxation.  In clinical studies, the combination of caffeine and theanine was shown to promote faster reaction time, faster working memory, and improved mood.  But for those with ADHD or concentration problems, do not expect a miracle or that “in the zone” feeling you would feel with Ritalin or Adderall.  The effects of theanine combined with coffee are much more subtle.  However, if you do pay close attention, you will find that it does reduce the jitters and anxiety while promoting attention at the same time.

Theanine is also one of the core ingredients in the highly popular Alpha Brain nootropic blend. So if you are interested in combining theanine with other supplements for maximum potency, check it out.

Those who are looking for a long-term solution to attention deficits or anxiety may be disappointed.  There has not been any studies to confirm lasting benefits after discontinuance of consumption.  It seems as though once the theanine is out of the system, the benefits wear off.

Side Effects of L-Theanine

There doesn’t seem to be any side effects that widespread with theanine.  However, some users have reported headaches, dizziness, and gastrointestinal symptoms.

If you want to buy theanine as a supplement, you can do so on Amazon. 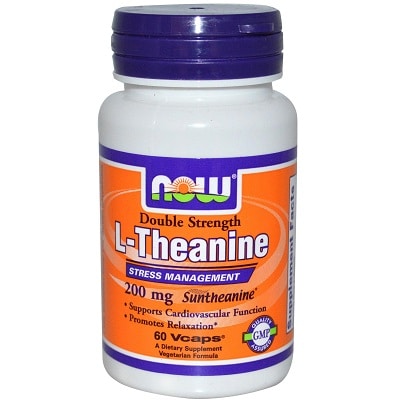