You know that Tylenol can take the edge off physical pain. But did you know that it may also dull your emotions? Intriguing research from Ohio State University suggests that acetaminophen-containing drugs like Tylenol may reduce the intensity of emotions.

Acetaminophen is a popular painkiller, with billions of doses sold annually. In any given week, about one-quarter of American adults (23 percent) take it to relieve all kinds of pain – everything from post-surgical discomfort to menstrual cramps. You may even have taken acetaminophen without realizing it. The FDA reports that over 600 medications include it as an active ingredient, including nonprescription remedies like Nyquil, Theraflu and Midol and prescription drugs like Vicodin, Ultracet and Percocet. 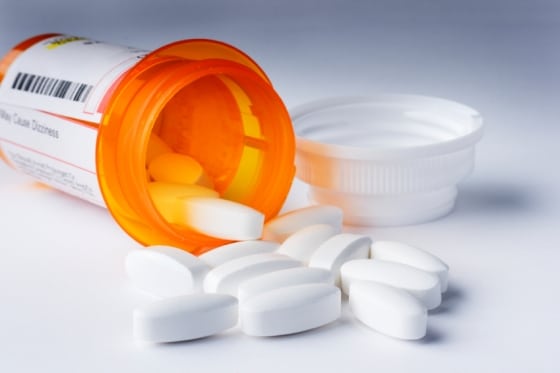 The Ohio State researchers, doctoral student Geoffrey Durso, graduate student Andrew Luttell and professor Baldwin Way, recruited 82 college students and asked half of them to take 1,000 mg of acetaminophen. After waiting an hour, they viewed photographs designed to elicit negative or positive emotional reactions, for example, starving children or playful kittens. Researchers then asked participants to rate the pictures along a continuum ranging from negative to positive and to indicate the strength of their own emotional response to the images.

“This means that using Tylenol or similar products might have broader consequences than previously thought,”Durso said. “Rather than just being a pain reliever, acetaminophen can be seen as an all-purpose emotion reliever.”

The group of researchers wondered if the drug was reducing reactivity to other stimuli, so they repeated the study, adding a new twist. This time, in addition to asking about the evocative pictures, they also asked participants to evaluate the intensity of color in the images. The subjects had no trouble with that task, and their assessments matched those of people who had taken the placebo instead of acetaminophen. It was only their response to the emotional material that differed.

The researchers concluded, “These findings suggest that acetaminophen has a general blunting effect on individuals’ evaluative and emotional processing, irrespective of negative or positive valence.”

The Connection Between Physical Pain and Emotion

People often describe negative emotions as painful. We may speak of a “painful” breakup or an “aching” heart or say that someone has “hurt” our feelings. Similarly, we may portray positive feelings as though they have physical effects. For instance, we may say that love gives us a “high” reminiscent of an addictive drug.

There may be a biological basis for these common figures of speech. Deep in the brain, shrouded beneath the squiggly tissue of the outer cortex, sits the insula. The insula acts something like a switchboard, taking input about basic body sensations (for example, smelling a rotten odor) translating it into a complex emotional reaction (in this case, disgust and aversion) and then generating output that returns to the body as a physical response (maybe nausea).

If the insula is damaged, there can be a variety of far-reaching effects. Insular damage has the potential to suddenly cure a lifelong smoking addiction, but it could just as easily remove the ability to appreciate emotional aspects of music.

All this is relevant to the acetaminophen study because scientists already knew that acetaminophen acts on the insula. Unlike some other painkillers that appear to work on the specific site of discomfort – whichever part of the body is sending painful signals to the insula – acetaminophen instead targets the insula directly. So when you take acetaminophen, you still sense pain, but your mind interprets it as less distressing. On the flip side, the study found that acetaminophen had the same dampening impact on positive sensations. You experience them, but they feel less pleasurable and less powerful.

Baldwin Way has since done additional acetaminophen research, and his findings align with the previous study. Not only does the drug appear to blunt emotions, it also seems to hamper empathy. Participants on acetaminophen did a worse job of imagining how others might feel, guessing that others’ emotions would be less intense than they were.

For now, physicians caution against using medications like Tylenol for emotional pain. Acetaminophen can be toxic to the liver if taken above the specified dosage.

Of course, the recent findings have implications for future research. Do all painkillers lessen our emotional sensitivity, or is the effect limited to acetaminophen alone? For example, do ibuprofen users demonstrate the same emotional flattening?

And it also raises a question for consumers: Would you be willing to take a painkiller if it also killed pleasure?