Successful people swear by their daily routines and habits. Former Secretary of State Colin Powell even gave a TED talk on the importance of instilling structure in young children. But nobody knows the importance of good daily habits than some of the world’s richest people.

While some habits are expected for some of the most successful people in the world, others might surprise you. While following the daily routines of billionaires will probably not make you the next Mark Zuckerberg, they can give a glimpse of what it takes to be more successful. Here is a list of 10 self-made billionaires and their daily routines and habits. 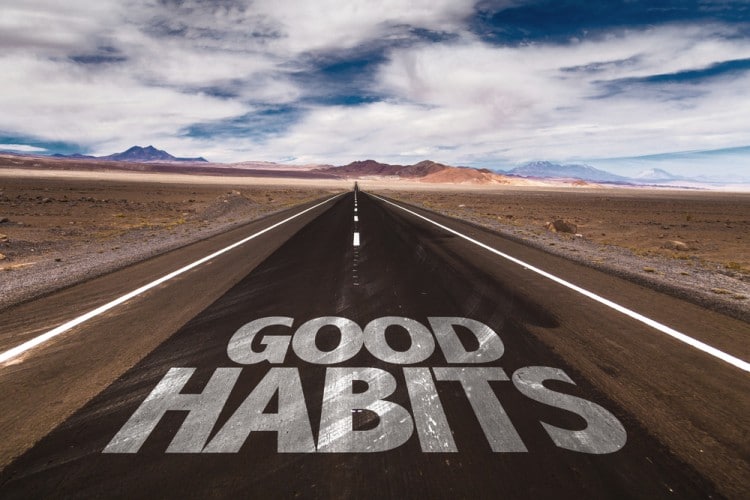 Mark Zuckerberg is worth an estimated $33 billion.

Zuckerberg, the co-founder of Facebook, drives a Volkswagen GTI. While most of us would think that a guy who became a billionaire before his friends graduated from college would drive an Aston Martin or a similarly ostentatious car, he in fact drives a $30,000 vehicle.

Frugal billionaires are not a new phenomenon. But it does go against the popular belief that all billionaires live ostentatious lives. Many of these successful men and women hold themselves personally accountable for their expenditures, so they drive Volkswagens and take rickshaws to and from their home airports.

One may think that from the time a billionaire gets up in the morning, they are pampered by servants, personal assistants and employees all throughout the day. According to the popular idea held by the average Joe, they have house cleaners, butlers, drivers and assorted employees that take care of the drudgery of modern life for their billionaire boss.

For people like Charlie Ergen, the chairman of Dish Network (net worth: $16.3 billion), this could be further from the truth. While billionaires like Ergen do have personal assistants, employees and the like to take care of their bigger jobs, they are more than happy to do many things for themselves. Bergen, for example, likes to make his own lunch every day. Ergen’s simple lunch? A sandwich washed down with Gatorade.

While billionaires like Ergen recognize that they can’t do everything by themselves, they also know that it’s good to do many things without the help of a personal assistant or a butler.

If billionaires know how to do one thing better than anyone else, it’s failing. Even though every person on the planet has their share of both successes and failures, billionaires both succeed and fail at a scale that is way more massive than the average person.

Few people know failure better than the billionaire Kirk Kerkorian. Worth over $4 billion, he has gained and lost millions of dollars many times over the decades. Even though he is known for making Las Vegas what it is today, one of his best known failures are his losses in Ford stock during the Great Recession of 2008. But even as he approaches 100, Kerkorian manages to work hard to fail and succeed. Like other billionaires, Kerkorian knows that you have to fail sometimes. But what he and his ilk know better than anyone else is that you have to be just as good at failing as you are at succeeding.

David Murdock, the chairman of Dole Foods, is in his 90s. He even told Forbes magazine that because of his diet and exercise regimen, he expects to live up to 125 years. Murdock does yoga, rides horses, and does weight training on a daily basis. He’s doing more than most people half his age. No wonder he’s going to live to see 100 and beyond!

At various times in the last decade, Carlos Slim of Mexico has sat atop Forbes’ The World’s Billionaires list. His days are jam packed with business, but when he walks through his door, he makes sure that he reserves the evening time for his six children and his numerous grandchildren. Many of the world’s wealthiest people could easily work on their business from sun up to sun down, but instead some consciously make the time to read their children or grandchildren a story, catch up with their adult children, or have date night with their spouses. Family time can’t be bought with money, so many of the world’s wealthiest make it a priority in their schedule.

Worth over $66 billion, this business magnate and investor knows the importance of reading more than almost anyone else. Throughout the decades, Buffett told reporters about how sitting in his office and reading has directly led to his success today: “I insist on a lot of time being spent, almost every day, to just sit and think. That is very uncommon in American business…So I do more reading and thinking, and make less impulse decisions, than most people in business.”

7. Sean Parker and Having a Social Life

Some billionaires have found that having a balanced social life outside of work does wonders for their office life. Sean Parker, a former executive at Facebook, finds that social activities such as dinner parties or charity events serve him by helping him unwind after a hard day. Parker says that the conversations at these events also gives him ideas and fills his need for intellectual discussions about the pressing topics of the day.

Nowadays more and more billionaires are getting to be more spiritually inclined. With the rise in popularity of meditation, many of the world’s wealthiest people have found a myriad of benefits from the practice. Billionaire mathematician James Simons is just one person who has seen a lot of positive changes in their life that have resulted from their meditation practice. Simons himself has said that he now spends a large part of his day just thinking and pondering about different subjects.

Most of us have a hobby or two that we can turn to on the weekends or when life gets to be just a little too tough. Billionaires are not any different. Many of them don’t even have extravagant hobbies that are only accessible by a small percentage of people. Clemmie Dixon Spangler, who made his money through banking, fixes grandfather clocks. By doing some of their favorite activities, the world’s wealthiest people not only get to engage with other people who share their passions, but they take time off from their busy careers to perform tasks that have a personal significance to them.

10. Charlie Munger and Investing in Yourself

Charlie Munger’s most well-known habit was that he spent the first hour of every day investing in himself.  He was a lawyer by trade but every morning was dedicated to reading and learning about new things.  It is this hour a day that compounded and made himself such valuable counsel  to Warren Buffett.  Without investing that hour each day, it is very likely that he would have never amassed the fortune he currently has, which is worth over $1 billion.

You’ve just read about the 10 daily habits and routines of billionaires.  Some of them may be surprising to you but I suspect that most are not. Despite appearing on The World’s Billionaires list, they still make time to read, have hobbies, and hang out with friends. If these great men take the time to create powerful daily routines for themselves, then perhaps we should adopt some of these routines.