Why We Fall in Love: The Science of Love 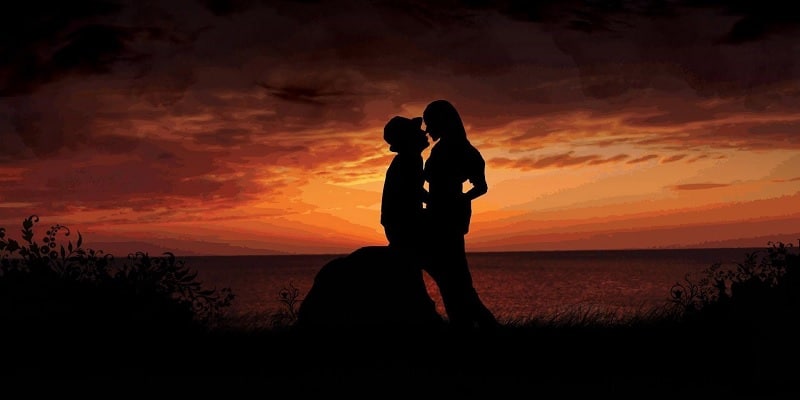 Have you ever stopped for a second to think about the science and psychology of falling in love or why you are falling in love with that special someone? Did you ever notice love is sort of a mysterious yet natural emotion in us and it must have to do something with our chemistry to one another? Or, have you ever concluded love could be a beautiful feeling helping species remain alive? If not, it is the time to be mindful because it will definitely help you envision and live a fuller life.

We simply call this mysterious feeling “love” but believe it or not, there is a complexity behind the wheel driving us to cogitate our involvement in this feeling—some sort of devoted and passionate feeling.  Science has sought long to detect the basic phenomenon behind amity and has concluded at many stages that love is the most alluring feeling in our life aiding us to thrive. Fidelity compels us to accelerate the process of reproduction. Staying over the rainbow and in love with the world is not a casual nexus.

An article in Psychopharmacology (2012) concluded when compared to behavioral addiction, social attachment is similar—individuals become addicted to other because of the returned reward. There is a chemical chain of reaction triggered in our bodies ultimately instigating the feeling of love to strike our minds. Actually, falling in love is getting into a beautiful trap set up by nature, a natural occurrence we cannot fight.  According to a science-based study by Arthur Arun, on average, the mind of a person takes between 90 seconds to 4 minutes to determine whether it is struck by love or not.

Some of the highlighted points of the study are as follows:
• 55% of the role is played by body language; this means a brain detects the activities of body movement and decides whether it has received the signals of love or not
• 38% of the decision to be in love is contributed by the voice—its tone and change in frequency
• 7% is the reaction to a lover’s statement or choice of words

The 3 Stages Involved in Falling in Love

A recent study based on the topic “science behind the love” is conducted at Rutgers University located in United States, revealed there are 3 stages involved with falling in love—namely lust, attraction, and attachment.  Each stage involves different types of chemical reactions within the body (specifically the brain). Along with that, there are different hormones present in the body helping to excite all these three stages (lust, attraction, and attachment) separately as well as collectively.

Lust is said to be the initial stage of getting involved with love. The feel of lust is basically backed up or instigated by the sexual hormones within the body.

Oestrogen and Testosterone are the two basic types of hormones present equally in men and women’s body that excites the feeling of lust within the brain. Limbic processes in the brain in response to lust have health-promoting and stress-reducing potential. In addition, lust, love, and pleasure ensure the endurance of mankind through mating. The mating process is a discrete interrelated process initiating attraction.

Second stage of acquiring love is attraction. This phase is said to be one of the beautiful moments of life.  This is the phase when a person actually starts to feel the love. His or her impatience for attracting somebody leads to excitement, and the individual is left with no other option but to only think about that specific person.  Scientifically, it has been concluded in the study that there are three more sub-stages of attraction that portray drastic changes over the individual’s personality.  The three sub-stages of attraction are adrenaline, dopamine, and serotonin.

Scientists have elaborated that initial symptoms of attraction toward someone involves:

It has been specified in the study that any person who falls in love will acquire a slight or drastic change in the above stated three factors.  Furthermore, attraction is one of the charming effects of life and slight changes in personality are not only natural but are also positive. For this reason, whenever you bump into your crush, your senses decline, your heart beats like a drum, and your mouth is so dry your tongue feels like sandpaper.

To follow the theoretical research, a physical experiment was also conducted to prove the veracity of physical evidence.  The brains of a new couple struck with love were observed using functional magnetic resonance imaging (fMRIs). It was genuinely shocking to discover the minds of both male and female have large spikes of neurotransmitter dopamine, a chemical that stimulates the feeling of pleasure within the body.

After discovering this, scientists described both the male and female minds are equally high as if they had taken cocaine or somewhat similar drug! Dopamine is a natural stimulant providing you with ecstasy.  The couple furthermore revealed the following facts about themselves from the time they feel in love until the date they were examined:

Last but not the least, serotonin has been found as one of the important chemicals involved for exciting the feeling of love. Serotonin basically diverts your mind and bounds you to think about your lover and nothing else. It becomes a path for the mind.  Sandra Langeslag and colleagues (2012) report serotonin levels are different in men and women when in love. The men in love had lower levels of serotonin, while the women reveal the opposite. The participants in love reported engrossing in thought about their beloved 65% of their day.

When a couple passes through the above two stages of love successfully, the time of bonding with each other becomes powerful. Attachment is a bond helping the couple to take their relationship to advanced levels. It instigates the feeling of bearing children and falling in love with them wholeheartedly.

While investigating the “attachment factor,” scientists discovered two sub-stages involved. The two sub-stages are hormones in the body that attract an individual to retaining the feeling of love with his or her partner. The two hormones, namely, oxytocin and vasopressin are discussed below.

Oxytocin, also known as “the cuddle hormone,” is one of the most powerful hormones released equally by men and women, especially during orgasm.  Oxytocin (OT) formulates the depth of love and forges the attachment the partner. The study was second by another research based on “sexual activities between a couple and the out-comes.” The more a couple opts for sex, the more substantial the bond of attachment is. OT plays a key role in affiliation and attachments in humans.

Similarly, oxytocin helps build a strong bond between a mother and an infant during the time of birth. In addition, it is such a sensitive hormone that it automatically signals the breast to release the milk upon the baby’s sound or touch. OT mediates specific female behaviors such as lactation and parturition.  Social interaction with your loved one requires affective “mind reading,” or interpreting faint cues from your partner. Humans infer internal feelings of people from external expressions to predict the other person’s behavior. In a double-blind study of 30 healthy volunteers the administered oxytocin caused a substantial boost in the ability of the individuals to interpret cues from the region of the other person’s eyes. OT improves the interaction between couples by improving this social connection.

Vasopressin, known as an anti-diuretic, it performs its operation along with the kidney, therefore controlling thirst. This hormone is released in major quantity quickly after sex. Although the brains of women and men are structurally different, they both secrete vasopressin from the pituitary gland. This is a vital role in copulation and partner preference (Hiller, 2004).

Vasopressin is termed as an important hormone to promote long-lasting relationships. A study in Biological Psychology (2012) assessed 37 couples by measuring neuropeptide blood levels. Results reveal vasopressin levels were in relation to the following:

The Bottom Line on The Science and Psychology of Love

It can be said conclusively that love is one of the most delightful feelings of our lives. It is quite true about the saying “love is blind” because you never know when your brain will encounter love. A significant number of chemical reactions are involved in instigating lust, attraction, attachment, and love between couples. Science has yet discovered the exact bodily reactions behind the complexity of love.  However, based upon the above studies it is clearly said that falling in love involves many mechanisms and chemicals within the brain . You simply cannot avoid the sensual reaction of love. The partner doesn’t need to be sublime, sexy, or handsome—the feeling is deeper than a physical tactility. Love is a natural muse; you will puzzle over it, dream about it, and be lost in thought.