Have you ever read and enjoyed a book, only to discover that you can’t remember it years later? Things start to come back when you pick it up and reread it, yet that reread is mostly a new experience that is only modified by the original reading. The same sort of thing occurs with the names of people we knew in the past. How many of us can accurately list the names and faces of the people we knew in the seventh grade?

Memory is a strange thing. There is a transience about it that is both unique and mysterious. The day-to-day details get lost amid the constant updates. How many of us remember what we had for breakfast two weeks ago last Sunday, let alone twenty years ago? The transience of memory may have something to do with the emotional impact of the memory. We may remember our first kiss, but not the face of our math teacher, unless we either really loved or really hated math.

Transience affects both short and long-term memory. A short-term memory (also called working memory) is formed when the mind relays what is happening now to what happened only a short time ago. A good example of short term memory is writing a long sentence. You wouldn’t be able to string the words together in any meaningful way unless you could remember the words that you wrote a few seconds before. Short term memory gets displaced quickly. It gets knocked out of position by the next thing the mind focuses its attention on. In one experiment, test subjects were given a three letter sequence to memorize and then were asked to count backward in sets of threes, such as 100, 97, 94 etc. It took only eighteen seconds of backward counting to displace the three letter set. 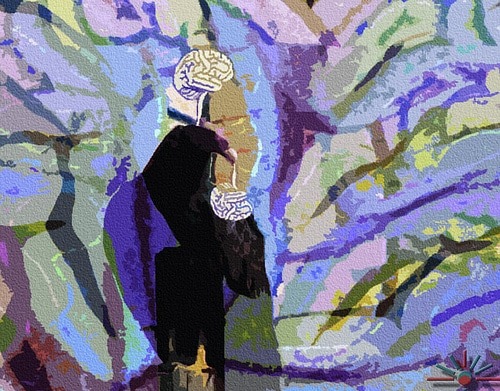 By contrast, long term memory seems to be a matter of slowly forgetting. We move to a new neighborhood and we slowly forget the faces of the people and the names of the streets where we once lived. Of course, when we revisit that place, the memories start coming back. This is evidence that we, perhaps, never really forget anything. The information is just downgraded, because we aren’t using it, until it gets filed in some remote cubbyhole of the mind, until circumstance cause us to pull it out and dust it off. There is no real evidence that the human mind actually ever really forgets anything. The problem is that the further back you go, the more debatable the memory becomes. There are vivid memories from childhood that can be triggered by a cue, such as a particular smell or sound or even the return of a person that we knew as a child. Memories can sometimes be recalled under hypnosis, but the veracity of such memories depends to a great extent on the hypnotist. This is especially true of memories of events that took place long ago. People under hypnosis are very suggestible and it is easy for a hypnotist who doesn’t know what he’s doing or is looking for a memory he believes is there to accidentally “implant” a memory of something that never actually occurred.

We are only beginning to scratch the surface of the human mind. The more we study, the more its complexity, diversity and adaptability amaze us. Will there come a time when we truly understand every nuance of our minds and all the hidden corners are revealed?

Author Bio: Dr. Tali Shenfield is a Clinical Psychologist and a Director of Richmond Hill Psychology Center. She is fascinated with brain secrets and published many articles on brain and memory topics.