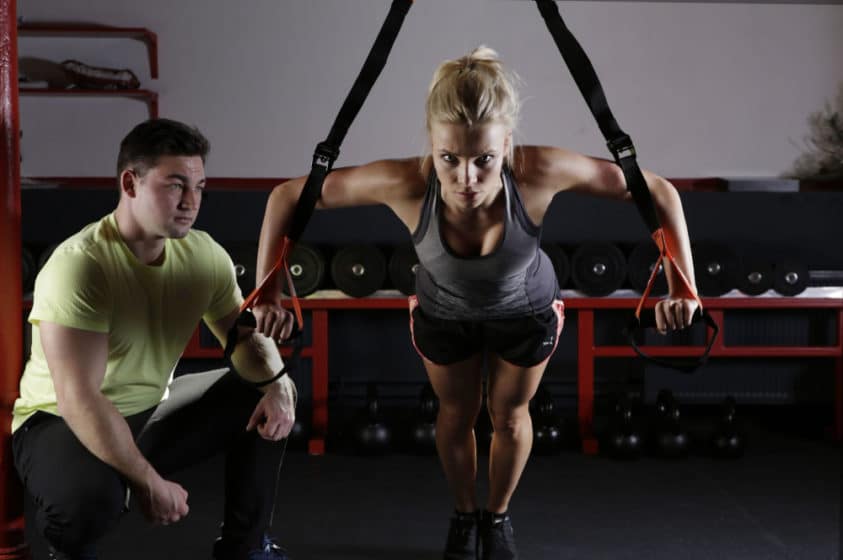 Last year, over 70% of Americans surveyed made resolutions to weigh less or get healthier. Unfortunately, a whopping 8% of those people failed to reach their goals. Is lack of gym motivation the culprit? We say it is, but we also say it doesn’t have to happen to you! Here are five easy steps that will keep you out of the failing 92% and in the winning 8%!

We’ve learned so much more about science and habits than we ever used to know, which means (thankfully) no more having to rely on visualization or a fitness motivation picture you’ve taped to your wall. These things may work part of the time, but what works is a better understanding of how your brain handles habits and rewards.

A habit is a routine behavior your brain performs on autopilot. It can include something like brushing your teeth when you wake up, grabbing a coffee on your way to work, or checking your phone in an elevator. Habits are blocks of actions your brain performs on auto-pilot and they are very powerful. Bad habits can be very difficult to stop and can wreck us, but good habits can build careers, transform bodies, and change lives.

A habit consists of three components: a cue, a routine, and a reward. The cue is some kind of event or action that triggers your brain to start the habit. If working out after work is your goal, for example, then leaving work is your cue. However, let’s say you’re accustomed to leaving work and going to happy hour with friends or colleagues. What you’ll realize is that your cue–leaving work–is triggering a routine, but not the one you want.

The routine itself is straightforward; it can be mental (a passive-aggressive spiral) or a physical action (smoking). The final stage of a habit loop is the reward. Over time, the satisfaction of the reward causes our brains to anticipate and actually crave the reward. Until that change takes place in our brains (which can take some time), you can jumpstart the process by visualizing or anticipating the reward.

What are our takeaways for increasing gym motivation? They’re twofold:

Growth mindset is a powerful new science that recognizes when people believe they can improve, they understand that effort helps them, and they are motivated to put in the extra work. People with fixed mindsets, however, don’t believe that their hard work will pay off and therefore are not as motivated.

How can this help you at the gym? One of the best ways to change your mindset is to surround yourself with people who believe in the change you’re looking for. Whether this is a specialized gym (such as a women’s gym or CrossFit gym), a class, a marathon fitness group, or hobbyist group (such as weekend soccer league) surrounding yourself with people who are actively working towards a better outcome–and who have the stories to prove it–can be hugely rewarding.

Another very effective ways to culture a growth mindset is to change how you view failure. Traditionally, people who are risk-averse and uncomfortable with failing have fixed mindsets, while people who have growth mindsets are not afraid of failure. Indeed, they see failure as an opportunity.

Here’s a practical example of how this might play out: John has a fixed mindset about working out. He’s never reached a fitness goal, and he’s read the stats on people who don’t meet their new year’s resolutions. He decides not to make one, and in February he’s just as unfit and unhealthy as he was in December.

Megan, on the other hand, has a growth mindset. She knows there’s a chance she might fail if she sets a resolution to visit the gym more often, but she sets a reasonable, attainable goal anyways. At some point in January she gets sick and has a big work project, so technically she fails to meet her goal of hitting the gym five days a week–but by February, she’s been to the gym fifteen times. That’s way more than John, who didn’t even start, and she’s on her way to establishing a strong habit that will help her through the rest of the year.

There are resolutions (that nobody keeps) and then there are goals. Believe it or not, setting goals that actually help you succeed is a powerful skill. S.M.A.R.T. is a handy acronym that helps you set goals you can actually reach:

As we mentioned earlier, classes can be great ways to break out of your fixed growth mindset. However, they can also be great tools for increasing accountability for your fitness goals–especially if you’ve shared them with your classmates. It’s important, however, that you commit to a class or group activity where you’ll see the same people each time. Drop in classes won’t provide you with the kind of accountability you’re looking for–you need people calling or texting later to ask why you weren’t there!

You don’t have to join a class or group to get accountability. Often, a single workout partner can help tremendously. A survey at Indiana University found that couples who worked out separately dropped out at a rate of 43% over a year. However, couples that went to the gym together (even if they didn’t workout together while there) only dropped out at a rate of 6.3%.

Keep in mind, however, that the workout partner you choose should have similar workout goals–somebody who is more willing to hit the snooze button or go out for drinks rather than working out before or after work won’t be much help!

The social aspect also helps light up the reward part of a great habit cycle. Working together with friends to reach a common goal can be incredibly rewarding and in less time than you expect might become something you start to crave.

If you want to increase your gym motivation, one of the simplest and smartest things you can do is decrease the obstacles that are getting in your way. Struggling to get up in the morning to work out? Go to bed in your workout clothes. Skipping the gym after work because you don’t have time to get your gym bag together in the morning? Get it together the night before.

Thinking ahead to identify the excuses you’ll make (you know yourself, after all!) can help you make the transition to working out as smooth as possible. Another ultra-popular idea is a programmable coffee maker. Nothing like delicious, fresh coffee to lure you out of bed!

With the ideas we’ve laid out here, there’s absolutely no reason why you need to be one of the 92% of Americans who aren’t reaching their fitness goals. Take advantage of the cutting edge science of habits and growth mindset to help your brain crave that daily gym visit.

Make your goals SMART so that you can achieve them and feel great about yourself (in addition to getting healthier), and use the smart tactics of accountability and barrier removal to launch yourself towards better gym motivation.

What Equipment Do You Need for a Home Gym?