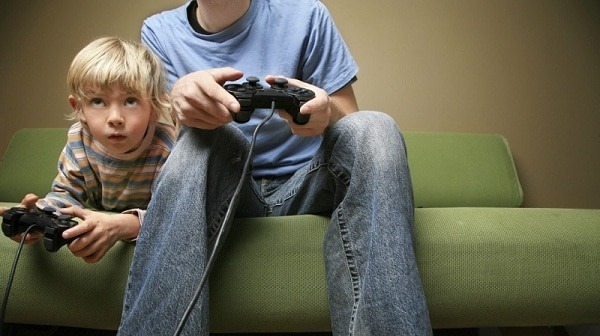 Video games have long been seen as the culprit behind poor, lackadaisical performances in school. As such, many parents have forced their children to part ways with their video games, grounding them if they decide to do otherwise. Latest research, however, shows that parents should be thankful that their children are addicted with video games. Why, you ask? Several studies point that video games can actually make a person brainier. So before you ground your game-addicted child, make sure to read (and digest if you can) these seemingly-unbelievable brain boosting benefits of video games.

The ability to think in three dimensions– not because the game is three-dimensional itself – is one of the many mental faculties developed in a moderate video gamer. This type of intelligence, acc0rding to Harvard neuroscientist Howard Gardner, is referred to as spatial Intelligence. Simply put, gamers are picture-smart, which means they exceed in spatial reasoning, mental imagery, and image manipulation. They also are said to possess active imaginations as well. Backing up this claim is Dr. Daphne Bavelier, a cognitive neuroscientist based in Geneva, Switzerland. Her studies have showed that video gamers can easily tread through small details, such as a misspelled word in a newspaper article. They are also better when it comes to discerning differences between colors (especially gray,) which is particularly important in driving around fog.

An improved sense of direction, another aspect of spatial intelligence, is also enhanced in video gamers. The games they usually play require them to navigate smartly into unknown pseudo-worlds, lest they want to play victim to a trap or be captured by the enemy.

Video Gamers Are Seen to Have Improved Logical Intelligence

In the same study, Bavelier tested video game players to determine their ability to resolve conflict. She showed a chart to her study participants, with color words incorrectly shaded with their corresponding hues. For example, her chart shows the word green written in color blue. The results of the experiment are staggering. While most would think that video gamers have a slower response time, they are actually faster in resolving such conflicts. In fact, multiple brain scans show that games affect three parts of the brain, namely the parietal lobe, which orients attention; the frontal lobe, which maintains attention; and the anterior cingulate, which regulates and controls attention.

With the results of the study, and the brain changes seen in gamers, Bavalier concludes that video games are instrumental in the improvement of a person’s logical intelligence. In other words, video gamers are ‘reasoning smart,’ meaning they demonstrate exemplary skills in deductive/inductive thinking, sequential reasoning, abstract thinking and symbolic thinking.

Video Gamers Are Seen to Have Improved Interpersonal Intelligence

While most gamers are unjustly qualified as loners, their games actually help in the improvement of interpersonal intelligence. Defined as the ability to understand oneself, as well as the feelings and emotions of people around him, self-smartness is often seen in actors and teachers. Apparently, this trait can also be seen in gamers, especially in individuals who prefer playing massively multiplayer online role playing games, such as the likes of City of Heroes and World of Warcraft. According to Ian Bogost, a Georgia Tech professor, gamers become people smart individuals because the games they play require them to team up with other players, in order to meet a certain goal. In the process of gaming, improvement in communication skills is noted, as well as better understanding of a person’s feelings and thoughts.

While video games are utilized for recreational purposes, they are now being used by medical schools and military academies for the development of their personnel’s dexterity and physical abilities. Yes, the adage “practice makes perfect” holds true, but doctors practicing on patients, and soldiers practicing on real-life enemies can spell doom for the involved parties. So before hospitals and commanders send out their physicians and troops to the real world, they make use of simulation video games that can help hone their personnel’s skills sans the fatalities.

The benefits of these video games are nothing short of outstanding. With repeated exposure to simulated settings, the gamers get to improve their skills in object manipulation. With a better mind and body union, new doctors and soldiers can serve their purposes well even if it is their first time in the actual field.

Video games, no matter how violent they might be, can actually improve your interpersonal intelligence. Defined as the power to understand your thoughts and feelings, self-smartness enables you to think deeper: should you do it? Or should you not? Case in point: the new Tomb Raider Game. In this saga, Lara Croft is faced with a hard decision: to kill the man who has tried to harm her, or to let him go and continue on with her journey. Games like this make a person introspective. With video games, a player can become aware of his feelings and motivations.

While video games have been proven effective in boosting a person’s intelligence, the key is to play these games in moderation! If not, you might end up cranky and forgetful – just some of the consequences of a video game addiction.

Develop your multiple intelligences by playing these enhancing games:

With researchers and studies that showcase the brain-boosting benefits of video games, gamers can finally redeem themselves from the judgment of other people. So if you want to improve your spatial, logical, bodily, and interpersonal intelligence, what you need to do is whip out your game console and happily play with it.