Has there ever been a time when you swear that you know about certain things and events that will happen, although you cannot describe how you come to know it? While you might call this as your ‘gut feeling,’ this sense – known as intuition – does not necessarily arise from your stomach. Below you can learn more your unexplainable instinct – and how your brain gives you the sense of ‘doing what you need to do.’ 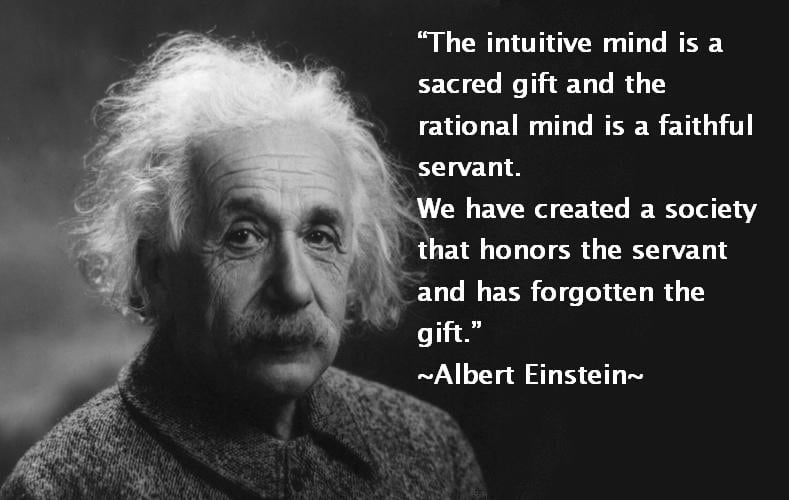 Also known as a hunch or gut feeling, it is defined as convincing, hasty feelings whose origins cannot be explained by the individual himself. It comes from the latin word “intuir,” which means knowledge from within.While you might think of it as being brought about by an internal force, your gut feeling actually starts with a perception of an external factor, say intonation or facial expression so brief that you are actually unaware that you have noticed it.

The Brain and Intuition

Intuition is not a figment of a person’s imagination or is it literally coming from a person’s gut– it is the result of the activities within the different brain regions. Generally speaking, the area that paves the way for intuition is the right hemisphere. Not only does it govern creative thought, art, music, senses and emotion, it is also the area where intuitive thoughts are created.

The cerebral cortex, also known as the cerebellum, also affects the development of hunches in humans. The last part of the brain to evolve (it was perfected about 200 million years ago), the cerebellum also goes by the name ‘upper brain.’ Responsible for decision-making, creativity and cognitive logic, scientists believe that it plays the role in intuitive verdicts as well

Locus ceruleus, a minute nucleus located in the pons, is said to generate one’s gut feeling as well. As the seat of noradrenaline provision to the forebrain, it is one of the structures that build the ‘ascending reticular activating system.’ Because of its ability to influence emotion, motivation, memory, learning and decision making, it is known to play a big role in intuition.

While some view one’s gut feeling as a magical construct, psychologists have come up with sound explanations for one’s intuition. Most view intuition as condensed reasoning or swift cognition – a person’s ability to exploit the brain’s shortcuts. Some, on the other hand, deem gut feeling as an associative process that taps into the unconscious.

With these many explanations, many experts agree that the best way to explain intuition is to liken it to a mental matching game. Presented with a situation, the brain conducts a brief search of its existing files and presents the best solution for the condition at hand. For example, a doctor immediately discerns anemia in a pale-looking patient exhibiting signs of breathing difficulties.

To wit, intuition is a domain-specific ability, meaning that an individual can have good gut feelings in one domain, and bad insight about another. Just like any power of the mind, intuition gets better with practice. After all, gut feeling is about the brain’s power to see through recurring events or patterns. The more familiar you are with a certain domain, the faster your brain processes heuristic solutions for a certain situation.

While some experts believe that some decisions should not be made in a blink of an eye, author Malcolm Gladwell fully supports the power of intuition through his best-selling book entitled “Blink.” In this book, Gladwell cites the classic case of the ancient Greek statue known as the “Kouros.” Scientific tests prove it to be authentic, but the gut feelings of a Greek archaeologist, a former museum director and art historians proved to be otherwise. And their intuitions were not wrong – as further tests of the $10 million piece prove it to be a fake artifact.

Basing on this situation, Gladwell makes his case about intuition, which he also calls rapid cognition. In his book, he rallies behind the power and effectiveness of instinct, gut feelings and snap judgments.According to his research, Gladwell has concluded that decisions based on intuition fared better than resolutions that relied on rational analysis. He emphasized that over-thinking things can lead to a wrong decision – one far away from an individual’s gut feeling.

While Gladwell makes some strong points, some experts believe that it is wrong of him to campaign for intuitive decision-making over rational and sensible decision-making. While the former enables one to make choices without wasting time and effort, it is not without pitfalls. After all, it can lead to wrong moves, according to psychologist and Nobel Prize winner Daniel Kahneman.

While intuitive decisions are believed to be better – as Gladwell suggests in his book, “Blink,” there is only a select number of times that you should heed your hunches. These scenarios include:

Intuition is one of the brain’s ways of helping you decide, especially in instances and scenarios that you have been through most of the time. While your gut feeling might be right, it is always safe to think rationally before undertaking a huge decision.