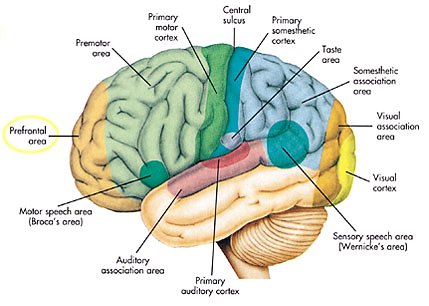 The body and the mind are fascinating things. Some people wonder how these two elements function together. It’s truly amazing if you think about it. Our thoughts and movements come from our minds, so one can say that our brains are the most important organ in our body. Although a brain is such a fascinating organ, most people have a hard time figuring out how it works. To this day, few people can claim a full and accurate understanding of how the brain works. The number of individuals who are confident and knowledgeable enough to pass on the wisdom to others is even lesser. Since the brain is such a complex part of the human structure, this isn’t at all surprising. However, it is possible to be counted among those selected few who know the ins and outs of the brain. Do you want to be a part of this elite group? Then, you should check out the following information on how the brain works. Let’s delve deeper into this topic so that we can get to the details.

Neurons: The Perfect Union of a Chemical and Electrical Machine

If you look at the most basic blocks that make up the brain, you’ll discover that the complex organ is made up of cells called neurons. There are about 100 billion cells comprising the brain, and they all work together to make sure the brain functions as it should. Just like the switch you use to turn on or off the lights in a room, the neuron has two states: the “off” state, in which it is resting, and the “on” state, in which the neuron transmits an electrochemical impulse.

A neuron has three basic parts: the dendrite (responsible for receiving information from other neurons), the body (supports and maintains the cell), and the axon (the little wire that generates electrical charges and shoots out a chemical to transmit information to other neurons). The substance travels across a synapse, which is the gap between one neuron and another. This chemical, also known as a transmitter, will trigger another neuron to pass the message. There are various types of neurons (sensory neurons, motor neurons, and interneurons being the most basic types), and they utilize various transmitters. These neurotransmitters include dopamine, serotonin, norepinephrine, and epinephrine. The electrochemical nature of neurons, along with the network these cells form throughout the entire body, makes it possible for the brain to control and coordinate all the body’s operations.

The Brain on a Larger Scale

Now that you have a basic idea of the brain’s building blocks, you’re ready to zoom out and tackle the brain on a larger scale. The brain is composed of three main sections of neurons: the brain stem, the cerebellum, and the cerebral cortex.

Connected with the spinal cord, the brain stem acts to relay data between the brain’s upper parts and the spinal cord and peripheral nerves. It is composed of the thalamus, midbrain, pons, and medulla, with each part carrying out certain functions. Some of the operations under the control of the brain stem include basic reflexes, movement of the limbs, blood pressure, heart rate, and digestion. Situated behind the brain stem and making up a third of the brain’s total mass is the cerebellum. It is responsible for arm-leg coordination and balance. Last, but definitely not the least, the cerebral cortex is the part of the brain that controls speech, thought, memory, and other cognitive functions. It is made up of the left and right cerebral hemispheres, both sitting atop the cerebellum and the brain stem.

Focusing on the Cerebral Cortex

Structurally, the cerebral cortex can be divided into the left and right hemispheres. These hemispheres are almost a mirror image of the other, and each can be subdivided into four lobes: the frontal lobe, the parietal lobe, the temporal lobe, and the occipital lobe. They got their names from the skull bones that lie on top of them: the frontal bone, the parietal bone, the temporal bone, and the occipital bone. The functions of each of these lobes aren’t really related to one another, except the occipital lobe, which deals solely on vision.

Functionally, the cerebral cortex can be divided into the primary sensory areas, the primary motor areas, and the association areas. The first is in charge of receiving sensory signals and is composed of the parietal lobe’s somatosensory area, the temporal lobe’s auditory area, and the occipital lobe’s visual area. The second division is mainly comprised of the frontal lobe’s rear portion and is responsible for sending signals to the motor neurons located in the spinal cord and brain stem. The last category is the area most involved in complex processes such as decision making, thought, and perception.

A lot of people are intrigued by the subject on the lateralization of the brain functions. Ever heard people saying that since they’re right-handed, their left brains are more dominant than their right? Have you ever come across the theory that right-handed people are “logical” while left-handed people are “creative”? They may sound illogical at first, but there is reason enough for such concepts to have seen the light of day. If you read further, you’ll understand the issue better.

As previously mentioned, there are two cerebral hemispheres: the right and the left. Their connections to the rest of the body are crossed. That is, the right brain interacts with the body’s left side, and vice versa. While they are almost an exact replica of each other, the hemispheres’ functions are managed in different ways. There are plenty of generalizations crediting right-handed people with a firm sense of logic and left-handed people with creativity, but in actuality, both of these traits can exist for both types. This is supported by the bilateral processing of brain functions including numerical estimation as well as facial perception, auditory and visual stimuli processing, and artistic operations. It is important to note, though, that superiority and dominance may be shown by a certain hemisphere for these functions.

Despite the many studies concerning the matter of lateralization, it is still unclear whether each side of the brain has an area of specialty. There are incidences when parts of a hemisphere, or even the entire thing, are damaged or harmed, and the surrounding areas or the opposite hemisphere pick up the slack. Still, this is dependent on the person’s age and the part of the brain that sustained injuries.

By now, you’ve come to the conclusion that the brain and its functions are a complicated matter that will have even the wisest of men scratching their heads in confusion. Hopefully, you got the gist and now understand how the brain works a little better than before.

We wanted to provide as much information as possible so that it’s clear about how the brain functions. It’s great to use the power of our brains, but it also helps when you know how and why your brain does what it does.

If there are any questions that you still feel are unanswered or you have queries, please reach out to us and let us know what’s on your mind.