Why Beautiful People Have it Easier 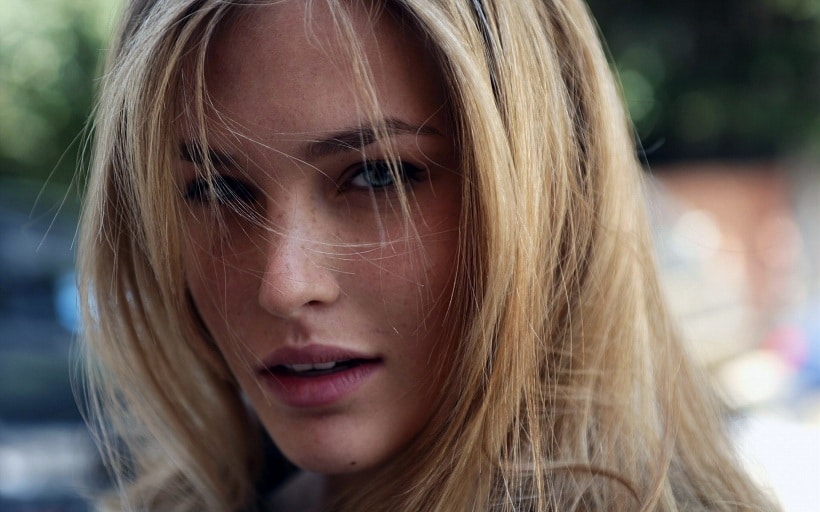 This article begins in the suburban sprawl of Riverside, California nine years ago. Riverside is about an hour away from Hollywood, and is a diverse, often scorching hot town of aspiring actors in the making. With a rich theater department in my high school and being within driving distance to a potential career in the movie business, who wouldn’t harbor dreams of being the next enchanting Cate Blanchett or the handsome salt and peppered George Clooney? These are the questions I ask to my sometimes friend, sometimes enemy (I believe we called them “frienemies”) since childhood. Let’s call her “Veronica.”

One day, Veronica said matter-of-factly, “If I ever landed a role and they wanted me to have a ton of plastic surgery, of course I would do it.”

Veronica and I both were plump and plain in our own respective ways. She being short and squat, I being tall and round, talked endlessly about the possibilities of getting that lucky break in the acting world. With the trials, the rejections, the countless hours perfecting our crafts…why wouldn’t that be enough to guarantee us the role of our lifetimes? Looking through the glossy pages of entertainment magazines the answer was obvious. It burned the back of my throat to say it out loud, “You need to be beautiful to break into the industry.” It was an honest statement that needed no evidence. At the end of the day, the public wants to look at a beautiful, glamorous person telling the story, and not some poor shmuck like yours truly. I was rattled by this revelation and knew that my dreams of stardom were over. However, Veronica wasn’t fazed in the least.

With Veronica’s nonchalance about beauty being easily bought, I begin my search into what makes beauty so desirable. Although “[b]eauty is in the eye of the beholder” on a case-by-case basis, it’s safe to say that there is a universal standard of beauty. Typically, it starts with the face. Alex Mayyasi of Priceconomics.com discovers that the more symmetrical the face is, the more attractive it becomes. He continues, “Scientists speculate that we prefer symmetry and average features because they (at least at some point) indicated healthy genes or other evolutionary advantages.” He then shows a chart of the same face being altered symmetrically by Photoshop and the corresponding attractiveness rate. If symmetry of the face is attractive, then it’s no wonder that someone like Denzel Washington lands the action packed leading roles. According to various entertainment sources, Denzel has the most symmetrical face in Hollywood.

Being beautiful doesn’t just land you roles in the movies. Attractive people cast their nets far and wide in other professions as well. On average, attractive people make 10% to 15% more income in their lifetimes as opposed to regular Joes. According to Mayyasi, America does not have any law that prevents companies from using attractiveness as hiring criteria. Mayyasi continues, “Without being consciously aware that they are doing it, people consistently assume that good-looking people are friendly, successful, and trustworthy. They also assume that unattractive people are unfriendly, unsuccessful, and dishonest. It pays to be good looking.” Companies get a return on their investment when hiring good-looking people as well. Without much discrepancy, attractive salespeople get better sales numbers, which boosts the company’s profits. In return, the beautiful worker bees tend to get more perks and bonuses, awarding them for their accomplishments.

A psychological phenomenon aptly named the “Halo Effect” created by psychologist Edward Thorndike may explain our bias towards attractive people. The Halo Effect is when a person assumes certain characteristics about someone based on evidence that is not directly related to said characteristic. Perhaps this is why first impressions are so important (Did you give that person a firm handshake? Did you iron your pants for your first interview?), and more importantly why beautiful people are immediately associated with positive personality traits. It’s only natural to make a judgment about someone in a short amount of time. With an attractive person, the Halo Effect suggests that that judgment is surrounded with positive feelings. Solomon Asch, author of Forming Impressions of Personality writes more on the Halo Effect,

“We look at a person and immediately a certain impression of his character forms itself in us. A glance, a few spoken words are sufficient to tell us a story about a highly complex matter. We know that such impressions form with remarkable rapidity and with great ease. Subsequent observation may enrich or upset our first view, but we can no more prevent its rapid growth than we can avoid perceiving a given visual object or hearing a melody. We also know that this process, though often imperfect, is also at times extraordinarily sensitive.”

I recall my friend Veronica, so earnest in her plight of becoming noticed, singing all of the time. She would sing on street corners, in a Denny’s or even at my mother’s house.

She replied, “If I sing everywhere, I have more chances of being discovered by a music producer.”

Part of me wonders if she were beautiful, would she have gotten that contract by singing in random public places? Would I have gotten that modeling career by simply walking down the street? Are people that one-dimensional? The answer is a resounding yes. This argument extends to our government officials, which attractive candidates generally received 2.5 times as many votes than the less attractive opponents. John F. Kennedy, possibly the most charming U.S. president, had a televised and radio broadcasted debate with Richard Nixon in 1960. Not coincidentally, viewers of the television program thought Kennedy won the debate, while the radio listeners thought Nixon was triumphant. Perhaps charisma and facial expressions played a role here, but without a doubt there is a subconscious bias that we all possess in relation to beauty.

With all of this undivided attention towards good-looking people, one would think humans learned this superficial behavior from years of media exposure and societal pressure, right? Wrong. According to Dr. Alan Slater, a developmental psychologist at the University of Exeter, our predisposition towards beauty started at birth. Dr. Slater states,

“You can show pair after pair after pair of faces where they are matched for everything apart from attractiveness, and the infants will look at the more attractive of the two faces – leading to the conclusion that babies are born with a fairly detailed representation of the human face that allows them to detect and recognize faces. Attractiveness is not simply in the eye of the beholder, it is in the brain of the newborn infant right from the moment of birth and possibly prior to birth.”

If innocent babies (the youngest tested being merely 2.5 days old) are intuitively drawn to attractive faces then perhaps it’s inevitable that beautiful people will rule the earth.

In all the glamor and the monopoly of attention that beautiful people get, there has to be some drawbacks. There are times when beauty can backfire in unexpected ways. According to the article “10 Pleasures and Pains of Being Beautiful”, one of those ways is discrimination. Although attractiveness is advantageous in rising to the top and being regarded as a trustworthy individual, beauty can equally turn on the jealousy. If the employer feels threatened by the interviewee’s excellent genes, there’s a good chance that he or she would not get hired. Also, beauty can be a hazard in the work place. For more traditionally masculine jobs, an attractive, delicate flower of a lady would not get hired, based purely on her looks and not on her capabilities.

There is the stereotype that good-looking people aren’t that smart. With years of freebies and compliments being handed to them without question, attractive people are slightly more likely to not develop inquisitive personalities, or to go through the motions of a normal teenage or adult experience. Without disappointments or rejection, it would take longer to mature and grow. In the New York Times article “Effects of Beauty Found to Run Surprisingly Deep”, Jane Brody writes about Dr. Berschied, “In her own family, Dr. Berscheid says, she was regarded as less attractive than her beautiful sister who, unlike Ellen, was not encouraged in intellectual pursuits. ‘It was deemed essential for me to go to college, but the emphasis for my sister was placed on her good looks and her native intelligence was never developed,’ she recalled.” Without the highs and lows, the roller coaster of life would get pretty dull after a while.

Throughout our high school experience, Veronica, as much as she wanted them, didn’t get a lot of lead roles reserved for beautiful people. The leads were usually typecast as gorgeous and vibrant (read: popular); and Veronica was only offered the sidekick or supporting roles. She ended up playing Jan, the chubby Pink Lady in Grease, at least three times. Sure, it’s no Sandy the blonde haired goddess, but Jan was part of the gang anyway. Being beautiful is important Veronica and I both realized, but it isn’t everything.

Why You Should Consider Getting a Standing Desk