Define Grit: What is it and How Does it Make You a Better Person? 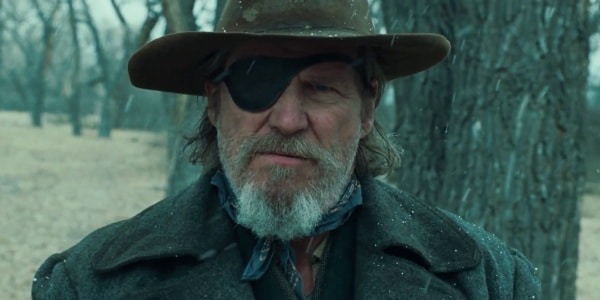 If we want to define grit, the correct way to put is is as a noncognitive trait based on someone’s ability to persevere despite the presence of many challenges and obstacles to achieve a given goal.  It is the trait that tells you to keep chugging at something when everyone else has given up on you.  It is a measure of emotional intelligence and well-being.  Gritty people tend to stick to their goals despite numerous setbacks and failures. It is basically an attitude—a personal creed that you can conquer anything if you just put your mind and body to it. It is the unwavering purpose and the resilience to stick to that purpose whatever the outcome.

New research in noncognitive traits revealed that students with grit tend to garner a higher grade point average than their less gritty classmates even if the classmates have higher scores. They are also more likely to win in spelling bee contests even with a lower verbal IQ.  And you know what else?  It is the gritty people who live successful and fulfilling lives down the road.  They are the world-class athletes, the entrepreneur who turned a basement operation into a multi-million dollar business, the benevolent philanthropist who donates all his life’s earnings to help the poor, the inventor whose invention saved countless lives.  The grittiest people are the people that change the world.

One of the most famous stories in science is how Isaac Newton came up with the concept of universal gravitation. An apple fell from a tree, and this sparked the genius that later unraveled the secret of why things keep falling back to Earth. Such narratives are very appealing stories but paint a very discouraging picture for people with average intellect.

Suddenly, everything boils down to innate intelligence. It reduces the brilliance of the scientific thought down to a single event, instead of a process. There is no hard work, just a new concept produced by a gifted man. The apple story was then invalidated. It took many, many years of painstaking labor and failures before he came up with the Principia (the book that showcased the laws of motion). Even Thomas Edison took over 3,000 attempts, testing many different materials before he came up with the light bulb. The purpose of this article though is not to undermine intelligence. Edison and Newton were clearly geniuses, but intelligence alone would not have made them reached their goals.

“I’d bet that there isn’t a single highly successful person who hasn’t depended on grit,” says Angela Duckworth, the foremost researcher on the field of grit study. “Nobody is talented enough to not have to work hard, and that’s what grit allows you to do.”  In her study, Duckworth isolated two qualities that seem to define what gritty people.  The two important qualities isolated are:

How to Develop Grit

So we’ve talked about what grit is—now let’s talk about how to develop it.

Don’t Waiver in Your Commitment and Conviction

A study conducted by Angela Duckworth revealed that people, who tend to shift from one career to another are less likely to succeed compared to those who choose a single career path. This also goes for essentially anything else in life. Grit is all about tenacity and an unwavering conviction to your beliefs. Take small steps with your goals and slowly build competence and confidence. Take all the time you need in choosing what you want, and do not deviate from your goals until you get there.  Do not let others who belittle you bring you down.  Do not let others who doubt you change your mind.  Do not let the world stop you from achieving your dreams.  Decide on who you want to be and what you want to do, and don’t let anyone or anything stop you from getting there.

The way you look at the world has a big part of how you react to it. Lou Holtz said it best when he said “life is 10 percent what happens to you and ninety percent how you respond to it.” Life is not easy for most of us. But what differentiates those with grit and those without is how they frame life. Here are some prominent traits that describtes the mindset of a gritty person:

Do a little introspection and see whether or not you have these traits. If you don’t, then you should start developing them. If you do, then congratulations, you are a gritty SOB.

As it turns out, self control is one of the biggest determinants of success and an excellent predictor in one’s ability to follow through with tasks and goals.  Developing self-control is extremely hard for some who do not have well-developed effective control functions {growing up).  However, the good news is that self-control can be learned, at any stage in life.  And if you think about—it makes sense as to why self-control is a big predictor of success.  Being able to self-regulate means that you have the emotional intelligence to make logical decisions and think beyond short time horizons.  Being able to self-regulate means that you are also able to neglect anything that doesn’t fit into your end goal.

Always strive to be above your current level and always better yourself.  Step out of your comfort zone and learn to be comfortable with anything you may deem as unconventional.  Bear in mind that a strenuous environment proves conducive to achieving strength in character.

Elbert Hubbard once said, “A little more persistence, a little more effort, and what seemed hopeless failure may turn to glorious success.” Hard work alone and for a finite amount of time, therefore, is not enough. Consistent hard work, relentlessness, determination, and sheer resilience are the keys to success and developing true grit.  And once you develop true grit, the world is your oyster and you can conquer anything the world throws at you.  So go out there and make tough decisions.  Fail once, twice, thrice.  Face your fears and challenges.  Suffer a little.  And why the hell should you go through all this?  Because once you have gone through all that, nothing can get in your way because your character will become insurmountable.

To end this post, I leave you with a quote from Kahlil Gibran, “[o]ut of suffering have emerged the strongest souls; the most massive characters are seared with scars.”