The Nine Different Types of Intelligence 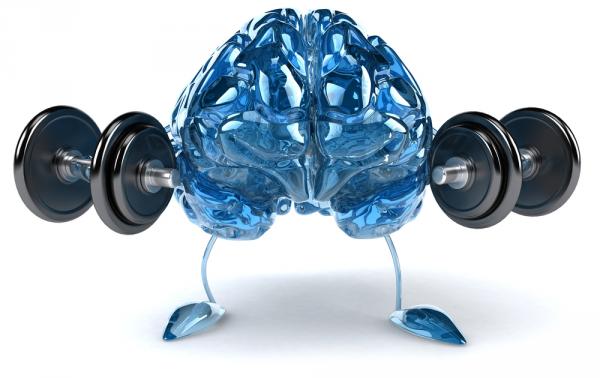 Intelligence is broken down into nine different types, also called the nine domains of intelligence. This categorization of intelligence was first theorized by developmental psychologist Howard Gardner in his 1983 book, Frames of Mind: The Theory of Multiple Intelligences.  Since then, the Multiple Intelligences theory been used as one of the primary models for research that has gone on concerning human cognition.  Gardner argues that there is no one true way to measure intelligence and that the human brain is wired with a wide range of cognitive abilities.  Framing intelligence in the way Gardner does disrupts the old mold of thinking in which intelligence was ultimately a measure of (what Gardner would call) logical-mathematical intelligence.   The premise of Gardner’s theory is that someone can be extremely bad at math yet be the best of the best in another field, such as music.  Thus limiting the definition of intelligence is detrimental to our understanding of how the human brain works.  So without further ado, I present to you the nine different types of intelligence:

Ever wonder why certain people are able to connect with animals just like that? Have you ever encountered someone that posses what is commonly referred to as a “green thumb”? Well, those people are great examples of “nature smart” individuals. Naturalistic intelligence refers to a human being’s sensitivity to the natural world. This is the ability to distinguish among nature’s different features such as animals, plants, rock configurations, cloud formations, and other such things. In the past, the naturalist intelligence was undoubtedly of great value in a person’s survival. Farming and hunting were clearly among the activities that relied on this type of intelligence. Today, naturalistic intelligence remains a vital component of roles like being a chef or botanist. This type of intelligence is also seen in the way consumers discriminate among products.

While other people gravitate towards nature, there are also those who tend to be drawn to the musical arts. These “musical smart” people are usually more sensitive to sounds that most individuals aren’t aware of. The intelligence involved in this ability to recognize tone, rhythm, timbre, and pitch is musical intelligence. With this type of intelligence, people are able to detect, generate, reproduce, and contemplate music as clearly exhibited by attuned listeners, musicians, composers, vocalists, and conductors. You’ll find that young adults with musical intelligence are frequently drumming, singing, or any other activity that demonstrates a melodic inclination. It is also interesting to note that a connection has been shown to exist between emotions and music as well as mathematics and music.

Read about how music changes your brain

Read about how music changes your mood

Who can forget that classmate of yours in high school who seemed to know the answer to every mathematical equation your teacher asked?  Who can also fail to remember that peer of yours who could reason his way to winning every argument? They are the perfect embodiment of logical-mathematical intelligence. This type of intelligence equips a person with the ability to calculate and carry out mathematical operations as well as mull over hypotheses and propositions. Those who are “number or reasoning smart” tend to easily recognize relationships and patterns, demonstrate sequential reasoning skills, and generate and use abstract thoughts. When logical intelligence is dominant in young adults, you’ll see them especially attracted to logic puzzles, experiments, strategy games, and arithmetic problems. Later on, you might see these youth going on to become detectives, scientists, and mathematicians.  Logical-mathematical intelligence has been closely linked to fluid intelligence and general intelligence.

Even as other people go about their daily lives without devoting much thought to their existence, people with existential intelligence tend to mull over “deep” thoughts. These thoughts may include the why’s and how’s of life and death. While most people just shake these kinds of thoughts away, individuals who are particularly keen to their own existence are drawn to exploring such questions like why are people born, how do they get here, and why do they die. They also have the capacity and sensitivity to tackle thoughts about what lies beyond life and death. Though not much discussion has been done about existential intelligence, it has also been called spiritual or moral intelligence.  Those with high existential intelligence are deeply philosophical.

You might have observed that there are certain persons who have the seemingly unique ability to get along superbly with others. These “people smart” individuals, with the use of their interpersonal intelligence, interact with others in such a way that they are able to understand and communicate well. Interpersonal intelligence makes it possible for a person to effectively communicate through verbal and nonverbal means, to distinguish among others, to sense the temperament and moods of people, and to consider various points of view. You’ll usually find this type of intelligence manifested by politicians, social workers, actors, and teachers. This type of intelligence can also be found in young adults who hold leadership roles.

Know how you tend to embarrass yourself with your two left feet and see your best friend practically floating on the dance floor? Well, there’s an explanation for that “injustice.” While clumsy people have the tendency to be awkward in all things physical, “body smart” people possess the capacity to stay graceful and coordinated when using a range of physical skills and manipulating objects. People with bodily-kinesthetic intelligence have an almost perfect sense of timing, and their mind-body coordination is nearly faultless. Even as a number of persons struggle to become well-coordinated, people who possess this type of intelligence usually grow up to become craftspeople, dancers, surgeons, athletes, and other careers involving exceptional mind-body union.

Read about what dancing does to the brain

Being the intelligence most commonly shared by humans, linguistic intelligence involves the human capacity to think in words and use these to make oneself understood. It is this type of intelligence that allows a person to appoint complex meanings and express these through the use of language. Though this human competence is widely used, it is most evident in the way effective public speakers, novelists, journalists, and poets make use of their meta-linguistic skills. In the early stages of life, linguistic intelligence is exhibited in a person’s enjoyment of crossword puzzles, storytelling, reading, and writing. So the next time you think of these as “geeky” activities, you’ll do a better job of describing them as activities “word smart” people take pleasure in.

Read about the 12 benefits of learning a foreign language

Read about NOT using GPS to increase your spatial intelligence

There you go, the nine domains of intelligence according to Howard Gardner.  Keep in mind that this is just a model for intelligence and there are many who score high in more than one category.  The most famous one that would come to mind is Leonardo De Vinci.  Go over the list and analyze which type of intelligence you would categorize yourself.

If you want to learn how to increase all these types of intelligences, read here.