Being Bilingual Can Slow Down Brain Ageing and Mental Decline 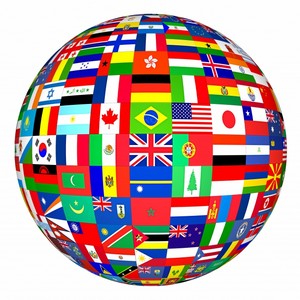 We have previously written about the benefits of learning a foreign language on this blog.  Among the various benefits of being bilingual are improved decision-making, improved memory, stalled onset of dementia, and improved critical thinking.  But one of the more important implications of learning a second language is the ability for it to delay brain ageing and improve cognitive function during the golden years.

Using data from an intelligence test taken by 262 Edinburgh-born 11 year olds, the study (led by Dr. Bak) looked at how their intelligence had changed when they were tested again in their 70s (in 2008 and 2010).  Of that group of 835 students, 262 of them were bilingual—195 of them learned a foreign language before the age of eighteen and 67 learned after the age of eighteen.

What they found was that regardless at what age they learned a second language, the bilingual subjects did better on the intelligence tests than those who did not learn a second language.  This has important implication as it shows that learning (and speaking) a second language dramatically improves the brain’s ability to function in its later years.

This study has two important implications.  First, it establishes the importance of pushing students to learn a foreign language.  Of course, it is not just enough to take three years of high school Spanish (or another language) and never give it a second thought after.  There is a difference between taking a foreign class in school and actually being bilingual.  It is not enough to learn to try to speak a second language—one must be able to speak it and use it.  That is the essence of being bilingual.  Second, the study is proof that it is never too late to learn a second language.  The excuse of “being too old” to learn something can no longer be an excuse.  This study proves that no matter how old you are, you can learn a second language—and it will benefit you in your golden years immensely.

If you are interested in learning a foreign language, check out our list of the 10 best websites to learn a foreign language.  Additionally (or alternatively), you can pick up a Rosetta Stone package—the military uses the program to train their soldiers.