How to Fall Asleep Fast When You Can’t Sleep: The One Hack That Cured My Insomnia 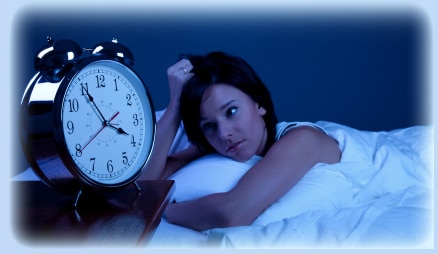 Up until a few months ago, the hours of sleep per night I got varied.  However, it was often not by choice.  I would go to bed pretty much the same time every day, but some days I would lay there sleepless for hours on end.  It got so bad to the point that I had to resort to sleeping pills, and even then I had to take double the recommended dosage to fall asleep.  Call it insomnia or call it whatever you want, I just couldn’t sleep some nights.

I didn’t want to rely on sleeping pills or wine to get to sleep, so I knew I had to figure out a way to regulate my sleep patterns.  That was when I inadvertently discovered an unconscious habit of mine.  I noticed that I was able to fall asleep effortlessly if I had the television on.  So I tried watching random Netflix shows and movies before going to sleep.  This worked some nights and other nights it didn’t.  So I knew I was onto something here but I just had to zero in on what exactly it was.

After a while, I began to theorize that the type of programming I was watching was the key to sound sleep; watching something I’ve never seen before did not work with getting me to fall asleep.  What got me to fall asleep fast was watching programming I’ve previously seen.  So I figured that I would give this a try for a couple of weeks by choosing to watch reruns of Friends or Psych on Netflix when going to sleep.  And what do you know, it works.  I’ve been able to fall asleep without tossing and turning since discovering this sleep hack.  So my trick for getting to sleep when I can’t go to sleep is to watch reruns of my favorite shows.

Why You Can’t Sleep and Why This Method Works

Most of the time you aren’t able to fall asleep because your mind is racing, going from one thought to the next.  Yeah sure sometimes it can be because you had too much caffeine right before bed, but most of the time it’s the racing thoughts thing.

You can’t watch something new.  It has to be something you’ve seen before, preferably episodes/movies that you have seen more than once.  Watching things you haven’t seen before will actually make your mind work more instead of less. The point of watching reruns is to get your mind to calm down (no more racing thoughts) and concentrate passively on something else. When you watch something you have already seen, you already know the storyline so you are not actively focused on it, thereby allowing your brain to relax and kind of wander off when it starts to get sleepy.

If you are going to try this, I highly suggest watching it on your tv and not your laptop or phone. The blue light from the device emitted near your face will make it for a night of disruptive sleep and can cause you to feel symptoms of a hangover the next morning.  This sleep hack helps me getting to sleep within an hour of getting to bed most of the time.

Tl;dr version: Watch reruns of your favorite shows when trying to get to sleep.  But don’t watch on your laptop or phone—watch on the television to avoid blue light hangover.