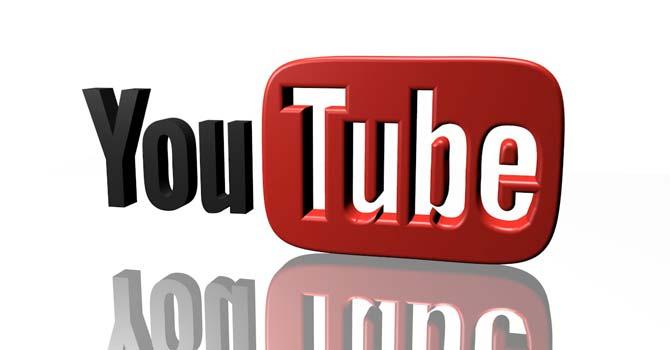 Youtube isn’t just for entertainment and laughs.  It’s for learning too.  The site is now the second biggest search engine in the world, right after Google.  That means it has a wealth of resources that is freely accessible to anyone with internet access.  So if you do not want to learn science the old-fashioned way, by reading a book or listening to a lecture, here are ten great Youtube channels to learn science from:

Created by Derek Muller, the Veritasium channel is filled with educational videos that can enhance a person’s scientific knowledge. Its name comes from “veritas” meaning truth, and the suffix “ium” which is found in many elements. This amalgamation literally makes the channel an ‘element of truth.’ With more than 120 video uploads, Veritasium has unraveled many scientific problems with the use of experiments, as well as songs and dramatizations. It also features interviews of respected authorities such as Australian Nobel Laureate Brian Schmidt, who has helped debunked several science myths.

Veritasium videos are widely well-regarded and have been featured in shows such NPR, CBS News and BBC. In fact, its clip “Mission Possible: Graphene” was featured in the Scientific American journal, after winning an award in the Cyberscreen Science Film Festival.

If you think you are not too adept at Physics and would like to widen your knowledge base, then the Minute Physics channel is the best one to watch. This network of educational videos is the brainchild of Henry Reich, whose goal is to get people excited about learning.

With Minute Physics videos, you can learn the basic concepts of Physics in a fun, easy manner, since most of them do not go beyond a minute. Included in his syllabus are several lessons, such as the physics experiment famously known as Schrodinger’s cat. It also has three shows about the Higgs Boson, and a video explaining why pink is not actually a color.

True to his goal of simplifying Physics, Reich has received the respect of many academicians and personas, such as Neil Turok, director of the Perimeter Institute for Theoretical Physics, who has actually collaborated with him.

If chemistry is your waterloo, you can transform your Fs into eventual As with the help of the aptly-named YouTube channel, Periodic Table of Videos. It stars Professor Martyn Poliakoff of the University of Nottingham, who is famous for his witty experiments and Einstein-like hair. His crazy scientist tresses aside, Poliakoff is very efficient at teaching about the 118 elements of the earth, starting from Hydrogen and ending with Ununoctium. Each element is featured in a minute-long video. Apart from elements, the channel also features clips about the molecules of D2O and sulphuric acid.

Periodic Table of Videos usually features element demonstrations and experiments, which are too dangerous to be performed in a classroom. For this, the channel has sparked the interest of the general public, as well as that of key personas, such as Roald Hoffman, Nobel laureate for Chemistry.

This channel is famous to many students (and teachers as well) because of its wide array of educational videos. Hosted by Hank Green, Scishow is the go-to channel for those who wish to learn science in a fun way. Apart from chemistry and other natural sciences, Scishow also deals with nutrition and “science superlatives.” Its title series include Infusion, Dose, News, Breaking, Great Minds, and Talk Show, to name a few.

If you find science boring, then make sure to tune into the Smarter Everyday channel, where you can educate yourself with the fun aspects of the subject. One of the great things about the Smarter Everyday channel is its multidisciplinary approach to science.  Apart from Physics (rockets, liquid rope coil and helicopter mechanics), this channel also tackles zoology (strange spiders, scorpions, and the list goes on) and other experiments that can make you appreciate the beauty of science. True to its name, this science-focused Youtube channel can really make you “smarter everyday.”

When it comes to earth science, new technology, outer space, and scientific exploration, the Science Channel is the best YouTube channel to go to. Science Channel makes learning fun with its graphic and interesting clips, exactly what mundane classroom lectures don’t do. Its numerous playlists, such as Stuff You Should Know, Head Rush, Beyond Tomorrow, Through the Wormhole, and Oddities can help you expand your science knowledge base in a way you never thought possible.

Do you want to carry out enjoyable experiments at home? Then Sick Science is the YouTube channel you will definitely enjoy. Created by science teacher Steve Spangler, Sick Science is all about demonstrating science lessons in a fun and interesting way. The channel is bannered by Physics and Chemistry tests, but it also consists of weird yet interesting “sick science” experiments, all of which are perfect for people of all ages.

Its most famous clips are classified under ‘Fan Favorites,’ most of which have generated more than 300,000 views. Popular experiments belonging to this category include color changing milk and the shrinking chip bag, to name a few.

One of the newest channels that make learning something to look forward to is ASAP Science, created by Mitchell Moffit and Gregory Brown. It traverses through the different areas of science, such as the evolution of life, the power of thought, and how the brain works and how it responds to drugs and alcohol. It also deals with unconventional issues, such as the sciences of hair loss, emergency contraception, pornography addiction – even love! With its many colorful and information-rich videos, ASAP Science can help you learn right away – ASAP!

As the foremost authority when it comes to space exploration, the NASA channel features videos that chronicle the exploration of earth and space. With more than 2,000 videos, this YouTube channel is a repository of information for those who want to learn about astronomy, as well as those who are thinking about becoming astronauts. Its featured channels include videos about the NASA Ames Research, NASA Langley Research and NASA Glenn Research, to name a few.

Google is not only the industry leader when it comes to web search; it also hosts a great YouTube channel where students can learn everything they want to know about science. Among its many sub-channels, two focus solely on science, namely GScience Fair and YouTube Space Lab. The former, which has more than 22,000 subscribers, encourages students to join in a virtual competition of scientific experiments. Space Lab, on the other hand, features fundamental knowledge about astronomy and the universe.