How Long Does it Take for Something to Become a Habit? 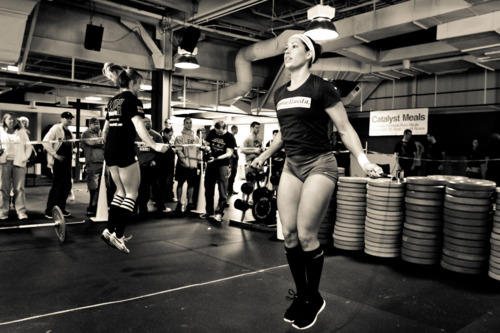 The amount of time it takes for something to become a habit will vary depending on your source of information.  Depending on who you ask, you can get answers anywhere from a week to a year.  But the most popular answer is 21 days—-postulated in the 1960s by Maxwell Maltz, a cosmetic surgeon.  But that number was taken as scientific maxim without ever really being tested, until recently. Recent research led by a team at the University College London think they have uncovered just how long (on average) it takes for something to become habitual.  They do not think it takes 21 days to form a habit.   They believe it takes an average of 66 days to create a habit. This number trumps the conventional 21 days by more than 3 weeks—so the idea that it takes an average of 66 days may be a surprise to many. So how did researchers get to this magic number?

This number came from a 2009 study in which 96 participants reported to researchers how long it took them to develop a new habit to the point where it becomes automatic.  The study looked at how long it took to automate a daily routine that involved eating, drinking, or exercise.  An example of an activity reported in the study would be something along the lines of waking up at 6 daily for breakfast, drinking 2 cups of water after lunch, or doing 50 push-ups right after waking up.

Each participant was allowed to track only one routine during the study. The researchers did the math of all the reported numbers and found that the average was 66 day.  But the study did acknowledge that the days it takes to truly establish a habit—a routine and habitual action without resistance or second-thought—varied greatly.

For some, habits formed in as little as 18 days and for others it took as long as 254 days. There are of course obvious flaws in the study; the numbers are self-reported and it was only 96 participants in the study.  Thus the numbers may be skewed by those who under-report or over-report and the results may not be representative of the general population.  However, the researchers leading the study believe that the number is a close to a true representation of the general public.

The Foundation of Acquiring a Habit

At its very core, habits are routine, automatic, and sequential movements of our bodies.  After all, all of our “habits” that we seek to create involve some form of movement of the body—whether it is writing, reading, eating, or exercising.   The brain likes to take a sequence of actions and convert them into an automatic routine, where it goes into the unconscious portion of the brain. For instance, brushing your teeth is a sequence of complicated motor skills that you do everyday without consciously thinking about each step.  The habit of brushing your teeth is a learned one, just like any other habit.  The act of brushing your teeth every morning was made into a routine when you were a child.  And as it was done repeatedly, it became automated.

How easy or hard it is to form a habit really depends on the “achievability” of the habit and the person’s personality.  For those who have great prospective memory (the ability to remember to do things in the future) or those who are able to establish routines easily, creating habits come easier.  For those that are impulsive or are not used to having routines, establishing habits will be harder.  In addition, those who will try to create one habit at a time will have an easier time. So if you are finding that it has been a few weeks and it is still extremely hard to create a habit, it is not because you have no will—it is because the habit has not had enough time to become ingrained in your brain yet.  To most people, habits aren’t created in a month.  In actuality, it takes a little over two months to create habit, according to the study referenced above.  But once a habit is formed, the action will become automatic and second-nature.  But until then, you will have to consciously try to repeat the action everyday.