What Are Keystone Habits And How To Develop Yours 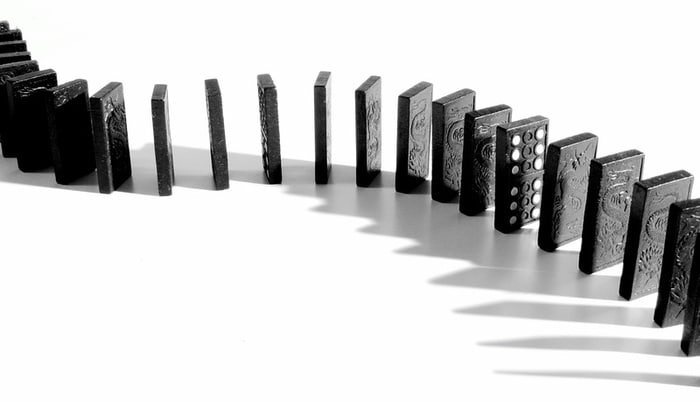 Example of a Keystone Habit in Action

The book gave a great example of a keystone habit concerning weight loss.  Conventional wisdom dictates that the best way for people to change their lives is to radically change their lifestyle.  Ultimately it means hitting the gym more and being on a strict diet that involved caloric restriction.  But this rarely works, not because of unwillingness.  As a matter of fact, many people were willing to make these drastic lifestyle changes—-for the first few weeks.  And that’s where lies the problem.  Drastic lifestyle changes are extremely hard to sustain.  In 2009 a group of researchers took a different route to weight loss and lifestyle change.  They assembled a group of 1,600 obese people and asked them to concentrate on writing down everything they ate at least one day a week.  At first it was hard as many people forgot their food logs at home or just not note it.  But slowly, people began to record their meals.  At fist, it was once a week.  But eventually, most of the people would come to record their daily food intake religiously.

Then something unexpected happened.  The participants started looking at their food logs and noticed patterns in their eating habits that they did not know existed.  Some noticed that they ate a lot of sugars in the afternoon after their lunch. Other noticed that they snacked right before lunch, around 10 am.  When they noticed these things, they began to change their eating habits.  Instead of eating a bag of chips or donuts as snacks, they kept fruit and vegetables by their desks.  Some used their food log to plan future meals.  This process of food journaling may seem simple but after six months, those who kept a food journal lost twice as much weight as the control group.

In this study, keeping a food log was the keystone habit that lead to an avalanche of lifestyle changes.  As soon as the food journalers began to notice their unhealthy eating habits, they began to eat healthier.  When they ate healthier, they felt better.  Once they felt better, they began to have energy to exercise.  Once the began to exercise, they became more productive and accomplished more.  Once they accomplished more and are more productive, they became happier.  Success begets success.

For me, my keystone habit was waking up earlier, before everyone else wakes up.  For years I was waking up just in the nick of time to go to work and used my weekends to sleep in, sometimes until 1 or 2pm.  This was an immense waste of time.  So I sought out to become an early riser.  It took a couple of years to get the habit down, but once I did, boy did it change my life.  Waking up early (while getting my full 6.5 hours of sleep) of sleep allowed me to do my most productive work in the morning, before everyone else wakes up.  Because I was able to concentrate much better in the mornings, I was able to do some of my most creative work, such as brainstorming ideas for my blog and writing.  This allows me to have piece of mind to exercise and attend my martial arts classes in the evening, without my mind struggling with whether I have done enough with my business.

Waking up early in the morning was just one goal, but it created a spillover effect that touched many aspects of my life.  Now I make more money, I am healthier, read daily, write daily, meditate daily, and exercise five days a week.  All because of waking up early.

Waking up early was just one habit, but the habit allowed me to create a daily routine that allowed me to establish and organize my day systematically, without having to constantly think about what to do (next).  Essentially, the keystone habit that I tried to instill in myself, to become an early riser, was the leverage I needed to change other aspects of my life.

How to Find Your Keystone Habit

When you imagine someone who “has it together”, you imagine someone spending countless hours developing dozens of separate habits that makes them high-achieving individuals.  However, the truth is often less spectacular.  Often, high-achievers are people who are able to leverage several keystone habits that created a spillover effect into the rest of their lives, creating orphan habits out of their keystone habits.

When trying to identify keystone habits to establish, try to see how that potential keystone habit can cascade into other beneficial habits.  For example, what will waking up an hour earlier everyday do for your day?  It might give you an extra hour in the morning to plan your day or do creative work.  It might also give you extra time later in the day to exercise.  It may also give you time in the morning to eat breakfast, allowing to be more productive in the morning and not snack with junk food midday because you are hungry.  Remember, the key is to try to change one habit at a time.  Changing multiple habits at a time is a lot of work and exhausts your willpower.  Just identify one habit that you think will make the biggest change in your life and try that out.