The Science and Psychology Behind Happiness 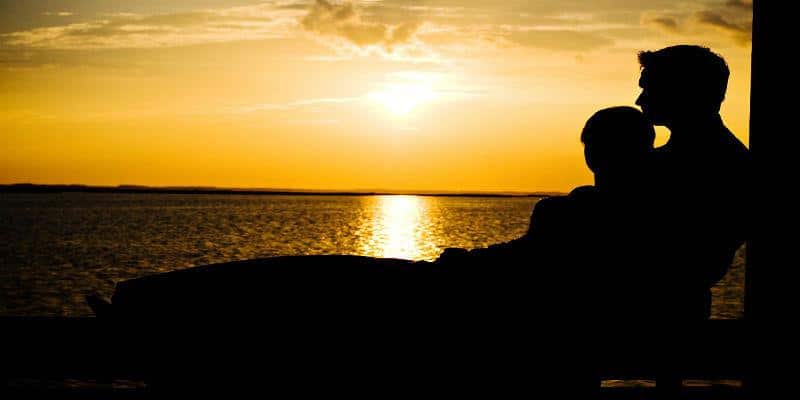 Happiness has been a subject of curiosity for many centuries, beginning with ancient Greek philosophy, through post-Enlightenment Western-European ethical philosophy (principally Utilitarianism), to existing quality of life and welfare study in psychological, social, political, and economic sciences.

In current times happiness as a notion appears willingly sought after, embraced, and treasured by some rather than the quest for money, positive morality, or paradise.  Not unexpectedly, during the past 30 years psychology has spun its attention toward the scientific study of happiness and personal welfare.

Why is the subject of happiness thriving?

1. Western countries have attained an adequate level of prosperity that survival is no longer a dominant factor in people’s lives. In essence, quality of life is becoming more significant than issues of economic fortune.
2. Personal happiness is becoming more important because of the rising inclinations toward individualism.
3. A number of usable and dependable methods have been developed to allow the study of happiness to launch itself as a solid and accepted discipline.

Who is actually happy?

The Harris Poll recently published one in three Americans considers themselves as very happy; however, it can be argued almost everyone is happy in some shape or form. The collected outcomes of 916 assessments of 1.1 million people in 45 nations reveal, on a measure of 0 to 10, the average mark was 6.75. So, people are in general happier than they are hopeless.

Sandwiched between 84 and 89% of Americans, for instance, score well above the impartial point. The exemptions are the former Soviet bloc countries (namely, Bulgaria, Latvia, Belarus, and Russia), where the typical standard is close to 5 on a 10-point gauge.

Remarkably, well-being augments productive thinking as well as creativity. It appears that happy people persevere longer at an undertaking not very gratifying in itself, are better at multi-tasking, and are more methodical and focused. Concerning well-being, happiness is known to have a valuable influence on immune system operation. Investigational studies establish it even shelters us from the common cold.

Who is not happy?

A few groups of people have the lowest happiness ratings, specifically those who are inmates in a prison, hospitalized alcoholics, students under political suppression, and those who have lately lost a loved one.
Examination establishes other motives to being happy besides the straightforward answer that it makes you feel good. In essence, comfort (as a consequence of being happy) leads to improved health, accomplishment, helpful deeds, friendliness, and self-regulation.

What is necessary for one to be happy?

Rewards? Hormone balance? Having offspring? Companions? Is it money? Faith? Health? Physical appearance? Age? Safety of the environment one is living in? Level of education? The list is endless.

It is quite possible a combination of all of these enables one to be happy.

Fascinatingly enough, an exploration of 148 studies by Cooper and DeNeve discover, of 137 personality features examined, the subsequent were reasonably prophetic of happiness:

Some of the above character traits are in all probability easier to modify than others, and as a consequence are likely contenders for facilitating the increase in happiness. For instance, shifting one’s level of extroversion is more likely an extraordinarily difficult task. An introvert is not necessarily unhappy.

Specific structures in the brain possess a neural involvement in coordinating a response to reinforcement. A reward is usually used as a reinforcer—delivery of the reward increases the probability of a behavior and satisfaction. Primary reward examples include survival needs, such as water, food, and sexual contact. Secondary rewards, such as money, derive value from the primary rewards.

When rewards are delivered there is a release of dopamine. Happiness, if considered the response of dopamine on the brain, can be created by dopamine stimulants. The stimulants for dopamine differ in each individual. Studies have revealed the effectiveness of the same amount of dopamine can be diminished; therefore, the dose of dopamine needs increased to feel the same happiness.

Keep the reward system in mind when reading below.

Grosberg, Merlin, and Zak of Claremont Graduate University created a biological model of happiness that reveals levels of hormones and the quality of relationship a person has explained 50% of the deviation in satisfaction of life. The primary focal point of the model is the hormone and neurotransmitter oxytocin.

Oxytocin (OT) promotes attachment to others and is correlated with sanguine social behaviors. The brain’s dispense of OT is linked with the personal encounter of empathy.

Alterations in progesterone and estradiol during a woman’s cycle affect the receptors for OT. Reports from women are consistent with this effect—an increased satisfaction with life during the late follicular phase (before ovulation when estrogen is high) and a decrease in happiness during the luteal (premenstrual phase).

The biological model of happiness shows the release of OT affects mood directly, particularly happiness. OT potentiates the delivery of the neurotransmitters serotonin and dopamine. The release of the OT reinforces social interactions as positive situations by decreasing anxiety (serotonin) and sensation (dopamine).

OT has shown to release when being trustworthy, sacrificial with money, generous, and providing empathy. Administration of 40IU of OT caused individuals to donate 48% more money to help others they did not know relative to those participants given a placebo.

It would seem one of the strongest judges of happiness deals with social relationships. In truth, to be happy we must spend six to seven hours daily in social situations, and up to nine if our careers are taxing. This applies irrespective of whether we are extroverted or not.

In their review of remarkably happy people (10% of 222 university undergraduates), Seligman and Diener, found chief dissimilarity between the most content people and the rest of the pupils. The extremely happy people possess:

They did not have less undesirable and more encouraging events, nor diverged on quantity of sleep, television-watching, smoking, drinking, and exercising. On the social scene, it appears hanging out with happy individuals, subsequently increases your own levels of happiness.

Happiness in itself is linked with a long life. One such study examined the submission letters of nuns joining nunneries at the age of 18 for expressions of happiness. It is imperative to note all of these nuns had an extremely alike, reasonable standard of living (i.e., they didn’t drink or smoke, worked as teachers, and had a stable diet).

Children are beautiful, but do they promote happiness? The claim that bearing children increases one’s happiness is not so cut and dry. Having children younger than five (and teenagers) actually decreases the level of happiness. Sonja Lyubomirsky with University of California at Riverside explains when children are this ages the most negative interaction and emotions are experienced. Despite this, having children tends to lengthen one’s lifespan as it grants the parents a more meaningful existence (which, in turn, boosts happiness levels).

In 2004 economist Daniel Kahneman completed a study with 900 employed Texas women. The study asked the women to rate their happiness on each activity done during the day. One question was how happy the woman is when taking care of her children. The study discovered parents were not happy and ranked the activity close to vacuuming.

Interestingly, a study on parenting correlating to happiness shows parent’s happiness is higher than non-parents and not just when working or away from their children, but when they are spending time with their children. Parenting appears to give men more joy than the women.

If we assume happiness is basic human need without discussing the structure of basic need, it appears happiness has a connection with expectations, effort, and aims. If this is the case each achievement provides satisfaction or happiness. The higher the goal obtained—the higher the expectation is developed for the next achievement. This is cyclic. Struggle to reach the goal—happiness once achieved—expectation increased—decrease in happiness—set new-higher goals—struggle for achievement.

A study by Betsey Stevenson and Justin Wolfers in the May 2013 American Economic Review, explain the super-rich millionaires in America need more money for a day-to-day happiness to occur; however, in a general life assessment the rich is satisfied with their place in the world. According to Fortune’s Dan Primack America’s millionaires do not view themselves as rich, but that does not necessarily mean they are less happy than poorer individuals—their expectations are just higher.

With respect to science, there are certain events that led to fluctuations in levels of happiness. For instance, although people in wealthy nations appear to be much happier than those in poorer ones, there are (strangely enough) some exceptions (like Brazil). In economic terms, although income has increased dramatically over the past 50 years, happiness levels have remained rather stale in comparison.

Indeed, wanting more money actually results in reduced levels of happiness. In fact, there is a diminishing return on happiness when earnings past a certain point; earning an additional $10,000 U.S. dollars a year (once you have enough money) would only (potentially) increase your happiness by 2%. Contrastingly, spending your money on others results in remarkably large increases in subjective happiness.

Another important aspect of happiness to consider is the essence of happiness. Surprisingly enough, there are more than a few theories regarding just this issue. For instance, there is one theory that sees happiness as purely the collected totality of positive situations in one’s life (good health, financial safety, successful job, healthy marriage, etc.).

Another believes happiness is more dependent on an individual’s observation, or personal assessment of such situations. More prominently perceives happiness as the equilibrium of positive and negative emotional experiences one has felt over the course of his or her lifetime. Some attribute happiness to straightforward disposition and outlook either recognized early in life or innate, or originates from basic genetics, while others continue to argue it is because physiological and biorhythmic variations. One of the more contemporary theories of happiness proposes that, irrespective of its nature, happiness is attainable via habit creation, experience, expectation, hedonic attainment, and judgment.

The 14 rules are as follows:

1. Be more dynamic and keep occupied
2. Do productive and significant work
3. Stop stressing over pointless things!
4. Lower your anticipations and ambitions
5. Work on a healthy personality
6. Be yourself!
7. Remove negative spirits and problems
8. Maintain close relationships (a prime method to acquiring happiness)
9. Devote more time to socializing (or attempting to do so)
10. Cultivate positive, optimistic thinking
11. Try to develop an outgoing, social character
12. Develop your skills at organizing and planning things out
13. Give to others!
14. Place happiness at the top of your priority list!

Everybody aches for happiness, but it gives the impression of a buried gem. One way or another, willfully or unconsciously, directly or circuitously, all we do, our every hope, is connected to a deep yearning for happiness.

If anything, happiness, according to scientific verdicts, is a state not accessible by material means. It is more linked to unselfishness than to vanity, more non-physical than material. Irrespective of all that has been said, it is most certainly true that happiness, in any degree, is obtainable by those seeking it.