How to Deal with Burnout 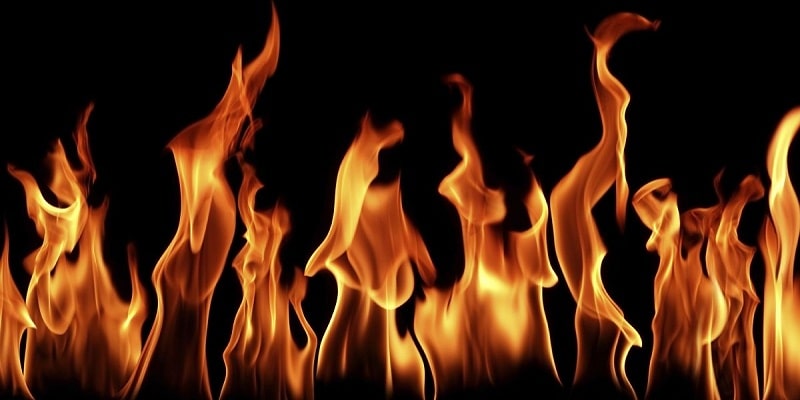 What most people colloquially refer to as “burnout” is actually the result of the brain being exposed to chronic stress.  Scientists call this General Adaptation Syndrome (GAS).  Short-term stress—the stress felt before a big presentation, a big game, or a big test, is actually good for the human brain because it increases alertness and working memory capacity.  However, long-term (chronic) stress often leads to decreased cognitive reserves along with a wealth of health problems.  Burnout is a lethargic state in which you are unmotivated, undriven, and unresponsive.  Someone who is experiencing burnout just doesn’t want to do anything nor have the drive to accomplish anything.  So how do you deal with burnout? Ultimately, it has to do with creating lifestyle changes, not just applying short-term fixes to mask the problem.

Are you Experiencing Burnout?

So the question to ask yourself is, are you experiencing burnout?  To find out, check for the following symptoms:

If most of these symptoms describe you, then maybe it is time to make some lifestyle changes.  Although you can implement short-term fixes to cope with symptoms of burnout, the only way to truly prevent burnout is by making lifestyle changes and decisions that directly attack the issue at hand—which is chronic and long-term stress.  Before are four lifestyle changes you can make to deal with burnout:

1) Incorporate Exercise Into Your Daily Routine

There has been a wealth of research lately into benefits of exercise.  And scientists are starting to figure out that exercise is not only beneficial for the body, it is also beneficial for the brain.  Exercise relieves stress by binding endorphins to opioid receptors in the neurons, causing blockage of neurotransmitter release of stress stimuli.

Mainstream science and medicine is starting to realize that mindfulness exercises such as mediation and yoga actually work quite well for improving overall mental and physical well-being.  These eastern practices have begun to catch onto mainstream culture as of late and there is good reason.  There is some strong scientific evidence that yoga and meditation soothes the mind and does a helluva job relieving stress.

Correlation Between Meditation and Stress

A randomzied controlled study conducted by Dr. Yi-Yuan Tan of Dalian University showed that just five 2-minute sessions of traditional Chinese meditation (integrative body-mind training) led to marked improvement in scores assessing conflict resolution, anxiety, depression, anger, fatigue, and vigor.  But what is equally important is that the study found that meditating reduced the amount of cortisol that are body—which in relieves stress  Another randomized control study conducted by American University found that meditation over a three-month period reduced blood pressure in those with at risk of hypertension.  The study also found that the students who meditated were better able to cope with stress and other psychological stressors.  This is an important study as college students are one of the most prevalent groups to experience mental fatigue and stress.

Correlation Between Yoga and Stress

Yoga is a popular exercise for relieving chronic spinal pain, increasing flexibility, and getting fit.  However, research has also shown that yoga is a great way to relieve anxiety, depression, and stress.  Yoga’s calming effects hav been shown in numerous studies since the 1970s.  Yoga’s self-soothing techniques seems to modulate stress response system and thereby bringing the body into a much calmer state.  In a German study in 2005, emotionally distressed women took two 90-minute yoga classes a week for three months reported  vast improvement in mood, energy, and general well-being, while also at the same time reporting a marked decrease in depresssion, anxiety, and lethargy.

Other Methods of Relaxation

Of course yoga and meditation are not the only methods of relaxation.  Other methods, such as Tai Chi and long strolls outside have shown to be effective in reducing stress while improving mood and motivation.  The key to relaxation is to do something that doesn’t overstimulate the mind, leading to further stress.

Today’s increasing demands have put a burden on our work-life balance.  Our to-do list never seems to be completely crossed off and there never seems to be enough time in the day.  But the answer to getting things done in an an ever-so-demanding society is not working harder—it is working smarter.  So how exactly do you work smarter?  Here are some great tips:

1) Learn to focus: Instead of juggling multiple tasks at the same time, learn to focus completely on one task at a time.  Research has shown that multitasking leads to a 40 percent decrease in productivity and a marked increase in error rate.  In addition, multitasking was shown to lead to a 10 point decrease in IQ.  Yes, not only will multitasking lead to decrease in productivity and an increase in errors, but it will also make you dumber.  Doing more things simultaneously tricks our brains into thinking we are getting more done than we actually are.  So if you really want to get things done, learn to focus your attention on one thing at a time.  In that time, do not concentrate on anything else but the task at hand.  Thinking about anything other than the task at hand will increase stress and decrease concentration.

2) Learn to prioritize: Not all tasks are created equal.  Some tasks are of extreme importance while others aren’t really all that necessary.  This is where learning how to organize your to-do list comes in handy.  You should organize your tasks in such a way that lets you easily prioritize your work.  There are several organizational methods out there, including David Allen’s GTD system and Stephen Covey’s Time Management Quadrant.  For me, I like to use AnyDo to organize my tasks and Jorte Calendar to organize my appointments.  Both of these can be found on the Android Market.  Of course, some prefer writing and organizing on paper—and if that’s your thing, go for it.  But whatever you do, be sure that your organizational system has a outlook beyond just one day.

3) Create systems: The focal point in working smarter is working with more efficiency.  One way of becoming more efficient is to create systems to streamline and automate the most time-consuming parts of your job and your life.  When you are creating systems for your workflow, or even your life, think about where the bottlenecks are in your life and where you think you are wasting massive amounts of time.  Upon identifying the bottleneck, figure out how you can make it less time consuming and more efficient.

4) Chunk (or batch) your time: The human brain is not designed to multitask—it’s a simple as that.  And did you know that humans take an average of 25 minutes to switch from one task to another?  That is why it is so important to batch your work into separate chunks.  In each chunk, you will do nothing but that one single task.  You will realize that this is a lot more efficient than working on multiple tasks all at once or frequently switching between your tasks.  So if you chunk your time into 90 minutes—you will get a whole lot more done in that 90 minutes by focusing on that one singular task than if you split that 90 minutes switching back and forth between tasks.

4) Don’t Be Afraid to Have Fun

When you have a lot on your plate, you may feel guilty about having fun or taking little vacations—and so you don’t.  But that is the most sure-fire way to burnout.  You may think that leisure and fun is making you less productive because there is someone out there that is working while you are having fun.  But you will be happy to know that having fun will actually make you more productive.  Athletes understand the concept of renewal very well and thus frequently take breaks to renew their energy and revitalize their bodies.  All of us non-athletes should take a similar approach to our lives.  A 2006 study financed by Ernst and Young found that for each 10 hours of vacation an employee took, they became 8 percent more productive.  In the 1920s, Henry Ford reduced the required hours of his employees from 48 hours a week to 40 hours a week because he found that employees were just as productive (and some more) with 40 hours a week as they were with 48 hours.  Heck, even presidents are known for their frequent vacations.  So next time you feel like you need a break from work—take it.  It will make you plenty more productive and you will thank yourself for the renewed vigor.