Can Playing an Instrument Make You Smarter? 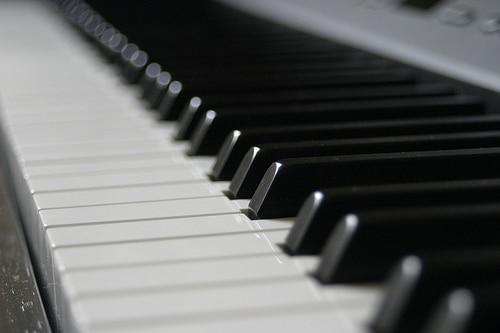 Wolfgang Amadeus Mozart, Ludwig Van Beethoven, and Johann Sebastian Bach – what these three musical virtuosos have in common is that they all hold IQs of 165, and all of them started learning classical musical instruments at an early age. Since these child prodigies, and many more like them, started learning musical instruments early on in their lives, is it safe to infer that learning to play an instrument can make a person smarter? Let us attempt to answer this question.

The question that was just posed has been asked for many centuries, and with mankind’s innate desire to whet his curiosity, many experts have conducted studies that attempted to link the learning of musical instruments with a person’s improved IQ. With Mozart, Beethoven, and Bach as evidence, many experts have hosted researches that aimed to prove this hypothesis. And throughout the years of study, it has been concluded – as expected – that learning an instrument indeed helps a person gain a few IQ points. In a research conducted by experts from the University of Zurich, results showed that children and adults who learned how to play musical instruments hiked their IQ points by as much as seven tickers.

According to researcher Lutz Jancke, when an individual learns how to play the instrument, he expands the part of the brain that is associated with hearing, memory, motor skills and audio information: the corpus callosum. As a result, his memory, hearing, and hand coordination becomes markedly improved. As for his young participants, Jancke found that the kids exhibited self-discipline and attentiveness after multiple sessions of musical learning. He says that these factors are vital for the child’s education.

Another study that highlights the relationship of learning a musical instrument with the improvement of cognition is a 2011 research published in the Journal of Advances in Clinical Psychology. The study by Hille et.al. showed that out of its 194 third grade male participants, those who played instruments exhibited higher IQs. The study shows that higher intelligence scores were demonstrated with improved performances in verbal/non-verbal assessments.

Musical instrument players have distinctly different brains; science has confirmed this. Multiple studies that used brain scans found that those who are musically inclined display bigger brain volume and more grey matter than nonmusicians. In one study conducted by Skoe and Kraus in 2012, people who played musical instruments as children show more robust brainstem response to sound than nonmusicians.

After reading this, you might be inclined to feel that musical talent (and the resulting intelligence) is all a matter of genetics. But it is not. Research suggests that brains of non-musicians change in response to musical training too. In one study, non-musicians were assigned to perform a 5-finger exercise on the piano for two hours a day. Within five days, subjects showed evidence of brain re-wiring. The size of the brain area associated with finger movements had become larger and more active.

In generalizing the research that has gone into finding out the connection between musical inclination and intelligence, the evidence shows that musicians (those born musically gifted and those that recently took up music) perform significantly better on tests of:

Before, only the people who were able to ace their exams were considered intelligent. But this notion was debunked with the introduction of the “Theory of Multiple Intelligences” by Dr. Howard Gardner, a development psychologist from Harvard University. Musical intelligence is one of the nine types of intelligence, according to Gardener. In his theory, he referred to musical intelligence as a person’s capacity to distinguish tone, timbre, rhythm, and pitch. This intelligence empowers musicians, conductors, composers and vocalists to reflect, reproduce, create, and recognize music. People that possess this kind of intelligence are often singing and humming tunes on their own. They are widely aware of the tunes that most people miss out.

A study conducted by Norton Sclaugh in 2005 found that there was a strong correlation between children that are musically inclined and their spatial and math skills. Other studies have confirmed this link between musicians and math scores.

Perhaps the best example of a great musical virtuoso who excelled in mathematical thinking is Mozart, who all of us know was an excellent pianist. Apart from his expertise in striking keys and chords, he also possessed exceptional logical thinking skills. His keenness in mathematics is demonstrated in quite a peculiar way: through his penchant for playing billiards. Unlike many players during his time, Mozart actually looked at the spatial relationship of the balls before he went on to strike one.

Those who learn instruments are not just confined with musical and mathematical intelligence; they are verbally and linguistically smart as well. With reference to Gardener’s “Theory of Multiple Intelligence,” linguistically intelligent individuals excel in using words and language to express complex meanings. So how do musical virtuosos become expert linguists? According to 2006 studies published by Fujioka et.al and Moreno et.al, verbal proficiency is the result of the development of the cortical auditory processing in persons who studied musical instruments when they were young. A good example of musically-intelligent and linguistically intelligent individual is Leonardo Da Vinci. Although he might have been known as an inventor and artist, he was also a prolific musician and writer.

Other Benefits of Learning an Instrument

Musical intelligence does not only make you a genius when it comes to math and linguistics; it boosts your brain power in more ways than one. For one, music is connected with emotions. Apart from gaining higher IQ points, those who learned how to play musical instruments are better in interpreting emotions. To wit, musical instruments affect not only the IQ, but the EQ of a person as well. Concentration is another trait improved by studying music, since a person has to focus on tempo, rhythm, pitch, and duration, among many other things. Hand-eye coordination is also improved in those who venture into musical education, as a person needs to pay attention to the musical notes simultaneously with playing his instrument.

How to Become ‘Musically Intelligent’

Are you interested in becoming a world-class genius like Mozart, Beethoven, or Bach? Well, it is not enough that you just try to learn a musical instrument in under a day. While there are many studies that prove the relationship between learning a musical instrument and being smarter, a 2004 study posted by Schellenberg in the Journal of Psychological Science suggests that profound changes will only be experienced if the participant undertook music lessons for at least 36 months. And since studies show that intelligence points are improved in both children and adults, it would not hurt if you started with your lessons right now!

With the overwhelming number of studies that support the positive effects of learning a musical instrument with regard to cognitive improvement, the answer to the age-old question “Does learning an instrument make you smarter?” proves to be a resounding YES. Thus, if you wish to improve your IQ by a few notches, why don’t you try a good deal of your time over learning to play a new instrument? See what happens.