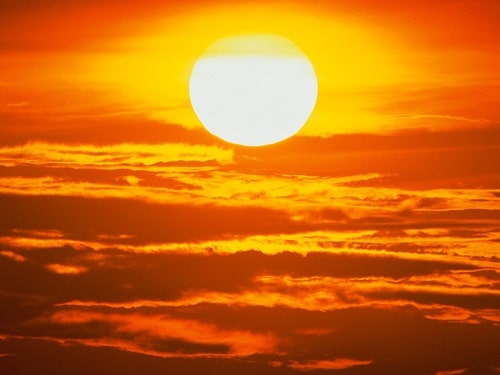 The idea of temperature affecting our decision-making abilities is novel to many and may seem a little far-fetched, but let’s take a look at the science to see why this is so.  To begin, we need to understand that the brain is an organ.  And like other organs, it needs energy in order to function and thrive.  Every organ in the human body needs a very simple substance in order to survive—that substance is glucose.   And within the brain, glucose is a necessity for both lower order automatic functions and higher order executive functions.  Glucose is stored and used as energy in the human body.  But just like any other necessity in the human body, glucose is a finite resource.

As we all probably learned in science class, our normal body temperature is around 98.6.  The body does whatever necessary to stay roughly around that temperature.  So when the temperature is scorching hot, the body attempts to cool down the body.  And when it is freezing outside, the body attempts to heat itself up.  The body uses glucose in order to do this.  But heating up and cooling down the body do not require equal amounts of energy (or glucose).  It seems that the body expends greater energy (glucose) in order to cool the body down.  So it follows that hot climates will require the body to use more energy to than colder climates.  So once glucose is used to regulate body temperature, less glucose is available to be used for higher order cognitive function—like making decisions.

The effects of temperature on our decision-making abilities were put to the test by researchers Amar Cheema and Vanessa Patrick.  In their lab, they decided to put perfectly healthy adults in two different rooms, one group in a room with temperature set at 67 degrees (Fahrenheit) and the other group in a room with temperature set at 77 degrees.  Since the human body feels most comfortable at 72 degrees, the two rooms were within 5 degrees of the level for optimal comfort.  In the first experiment, the participants were asked to identify spelling and grammatical errors in an article.  The participants in the room at 67 degrees identified twice as many errors as those who were in the 77 degrees room.  In a second study in a similar setting, participants were asked to pick the most beneficial (cost-effective) cell phone plan when given two choices.  Participants in the cooler room picked the right plan half of the time but the participants in the warmer room picked the correct plan only one-fourth of the time.

Although the experiment suggests that temperature can affect our decision-making abilities, does it also suggest that those who live in cooler climates make better decisions than those living in warmer climates?  Not at all.  Our body has the uncanny ability to adapt to our environment, and thus, with just a little bit of time, the human brain automatically adapts to any reasonable environment.  However, the study does suggest that variation in normal temperature does affect our decision-making abilities in the short-term.  A slight uptick in temperature in the cold wilderness of Alaska can mean slight and temporary impairment in decision-making ability for its citizens, even if the uptick is still cold by everyone else’s standard.  Variations in temperatures are a normal occurrence and we may not think about the implications it has on our cognitive faculties.  But as seen from the experiments cited above, these slight variations in temperature do matter.  To validate or invalidate the experiments, track your ability to do mental calculations and make decisions in different temperatures.