My Experience With Modafinil 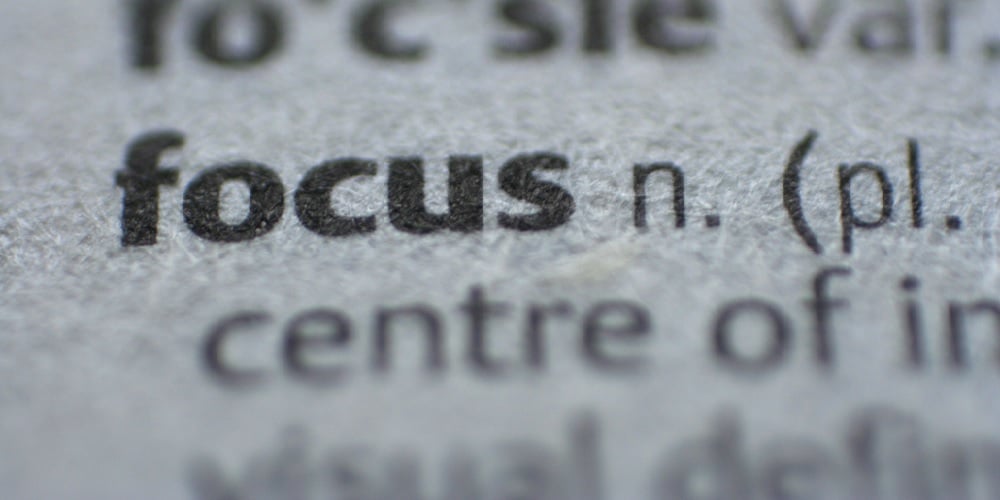 I am always trying to find new ways to improve myself one way or another.  One way I do that is by experimenting with nootropics, or “smart drugs.”  While using the term nootropic to describe Modafinil may be disagreed upon by some nootropics community, I’m not really here to discuss semantics and terminology.  Rather, I want this post to be a summary of my experiences so that it may help others who are delving into this world.

Before going any further, I want to say that Modafinil is a prescription drug and with any medications, you should definitely consult a physician prior to taking it.  This post is not meant to be medical advice in any way, shape, or form.  This article is written to describe my experience.

Modafinil is sold as a prescription drug in the United States to treat narcolepsy, shift work disorder, and other sleep disorders.  It was almost approved for treatment of ADHD but did not pass the trial phase because there were a couple of instances of severe skin reactions.  Although prescribed as a prescription drug for sleep disorders, many people are using it as a cognitive enhancement.

What It’s Suppose to Do

Now if you’ve come here looking for information about Modafinil, chances are you’ve heard many stories about it, ranging from increasing your IQ points by double digits to it being the exact pill from Limitless.  But the reality its effects much more timid.  The medication does a great job of promoting wakefulness and keeping fatigue at bay.  In addition, it increases many higher-order executive functions, including attention and working memory.

How it Feels to Be on Modafinil

It did not make my mouth dry the way Ritalin did, but it definitely makes me forget to drink water.

Modafinil is not a stimulant; it does not give that “edge” feeling that stimulants like caffeine, Ritalin, or Adderall does.  Some would describe it as feeling “in the zone” when they take stimulants.  With Modafinil, you don’t get that feeling.  It’s more subtle but it is still effective when you want to get work done.

Instead of feeling “in the zone“, I would just do work and then I realize that I have just spent the last 2-3 hours working instead of doing random stuff.  With Modafinil, I feel like yourself; you have the same personality and the same energy, I just get more work done.

On Ritalin, I experience huge mental crash at the end of the day.  The crash is far worse than a caffeine crash in the afternoon.  With Modafinil I don’t get that.  If I take Modafinil at 7 or 8 in the morning, I still find myself doing work without being fatigued at 6 or 7 in the evening, sometimes much later.

So the increase in my resting heart rate is indicative of some kind of stimulant-like activity, but not nearly the stimulant reaction of coffee.  The drug doesn’t make you jittery like caffeine or other stimulants.  It’s a pretty calming wakefulness.

The effects of Modafinil are nuanced.  You don’t “feel” the effects the same way you feel if you took a stimulant.  Rather, it is more of a clear wakefulness and alertness.  You are a bit more aware and can be a bit more attentive to things.

If you are a little bit sleep deprived (like having 5 hours instead of your regular 7 hours of sleep), it will wake you up and you will feel like you didn’t skip a beat.  If you are working on something, it will keep you on task.  If you have a long day ahead of you, it will keep you working without feeling fatigued.

I found myself staying on task more and checking Facebook/social media/e-mail a lot less when on Modafinil. Without Modafinil, I’m ready for a nap by 2-3 pm or else I won’t get anything done.  But with Modafinil, I can work straight through, sometimes a whole 12 hours.

While some people described a loss of appetite and dull headaches with Modafinil, I didn’t experience it.  For me the only negative side effect is disturbed sleep.  After about a week of taking it, your body gets better at adjusting to the medication but my sleep was still rather light when compared to the sleep I get without the medication.

Here is what you can do about Modafinil disturbing your sleep—take it 15-18 hours before you plan to sleep.  Because of the long half-life (10-12 hours), the drug will stay in your system even when you are sleeping.  The long half-life can be a curse or a blessing. For me, I like the long half-life because my workdays are rather long—and I don’t have to worry about a crash halfway through the day.

If you are someone who is used to sound sleep, be prepared for suboptimal sleep the first few times you take it.  I found that my sleep was disturbed when initially taking it—I would wake up in the middle of the night for no reason at all.  But after 3-4 nights, my body got used to it and I was wise enough to take it early in the morning (around 7-8 am) so that I could sleep soundly when I go to sleep by midnight.

Because it is a wakefulness drug, you will not be able to fall asleep during the day—so if you want to take a short nap, you probably won’t be able to.

When you take it, your urine will smell “different.”  But it is what it is; it’s not a positive or negative aspect of taking it.

Some describe a crash with Modafinil, but I didn’t experience it.  Although sleep was initially light, I adjusted the time of my dosage and I am able to get quality sleep.

Taking Modafinil on 2-3 hours of sleep

Although I’ve heard stories of people taking Modafinil after 24 hours of no sleep and feeling great (like this dude), I did not feel that way at all.  The only difference between having 2-3 hours of sleep with and without is that with Modafinil, you can’t get a quick nap in even if you want to.

If I took it with only 2-3 hours of sleep, I would still feel like sh*t for the first few hours before gradually improving—but it was far from feeling “great.”  I would never take the medication on 2-3 hours of sleep again.  It’s just not worth it.

However, with that said, while your body will display all signs of fatigue (eye strain, slowing of movement, slowing of thought, bags under your eyes, etc), you will still be able to get stuff done if you take Modafinil on 2-3 hours of sleep.  You may feel like sh*t doing it, but it will get done.

Modafinil Efficiency Dependent on Your Genes?

Research from one study has shown that efficiancy of Modafinil is heavily dependent on the genetic variant Rs4680 in the COMT gene.

COMT, or the  Catechol-O-Methyltransferase Genotype is heavily involved in the interactions of dopamine, epinephrine, and norepinephrine—hormones that control or mood, stress-response, attention, and alertness.

The COMT gene has two variants, either the Met/Met genotype or the Val/Val genotype. Colloquially, these two variations have been known as the warrior (val/val) and worrier gene (met/met).

I do not know which COMT variant I have but I do notice an increase in cognitive functioning.

Anecdotally, people who have the Met/Met (worrier) gene say they also experience improvement in cognitive functioning.

Does Modafinil work?  It definitely does.  The way it works is much more subtle than stimulants though.  It boosts your productivity in a way that is not as obvious as some other “smart drugs” like Ritalin, Adderall, caffeine, or even supplements like phenylpiracetam.

For me, I do not use Modafinil on a regular basis.  However, I do take it if I have a long day ahead of me.  It gives me the mental edge to be able to slog through 12 hours of work without feeling fatigued.

But like caffeine, Ritalin, Adderall, or any other nootropic, if you are expecting Modafinil to magically make you productive, you are going to be disappointed.  It is not the silver bullet you have been looking for.  It will not motivate you if you are unmotivated.  It will not make you do work when you don’t want to.  What it does is help you increase some of your executive functions, including the ability to stay on task without being distracted.  It will also enable you to work longer without feeling tired.

When I take Modafinil, I always planned ahead what I want to get done that day and work through my to-do list.  I don’t just go ahead and “wing it” when I’m on Modafinil, or any other “smart drug” for that matter.  I have 10-12 precious hours to get work done when on it; I want to use those 10-12 hours to execute, not plan.

Compared to Ritalin or Adderall, it is a much better alternative.  After a couple of months, the cons of taking Adderall and Ritalin started to outweigh the pros.  They were very noticeable side effects as soon as I started taking it but I just kept on convincing myself that is the price to pay.  Modafinil on the other hand had zero side effects, except the lighter sleep.

I don’t like to depend on any type of chemicals on a daily basis.  But if there is a day where I only got 4-5 hours of sleep or if I really need to buckle down and get a crapload of work done, Modafinil is my go-to.

Overall impression: Modafinil is the best “nootropic” I have come across.  It is subtle and you don’t really notice the increased productivity until you pause and look back.  Because it is so subtle, it may not be enough for some to really get in the zone to get stuff done.  Additionally, there is no come-down or “crash” with it.  I like it more than phenylpiracetam because phenylpiracetam’s half-life is nowhere near that of Modafinil.

I went through my stage of trying out supplements and pharmaceuticals in an attempt to hack my biology and become more efficient.  But through my trials, I found that a lot of the hacks weren’t needed on a daily basis or were unnecessary.  I found that getting back to basics usually worked best; get regular exercise, taking frequent breaks, get good sleep, form good habits.  That’s really all that is needed to become a better and more productive you.  But Modafinil definitely helps on those long days.

PS: Do not drink alcohol while taking Modafinil unless you wanna look like a cheap date.  Had two beers while on it and felt like a freshman sorority girl drinking for the first time.

10 Exercises You Can Do With Kettlebells

Can Exercise Help With Beating Addiction?