In a world of ever-increasing tech gadgets and digital socialization, it is easy to forget the simple pleasures in life, like reading a good fiction novel.  In fact, in a  recent poll conducted by Huffington Post found that 28 percent of the 1,000 people surveyed have not read even one book in the past year.  That is especially troublesome, given how much we have to benefit from reading.  Reading fiction can be more than pure entertainment.  It can be enriching personally enriching.  To prove it to you, below are four science-backed reasons why reading fiction is good for you. 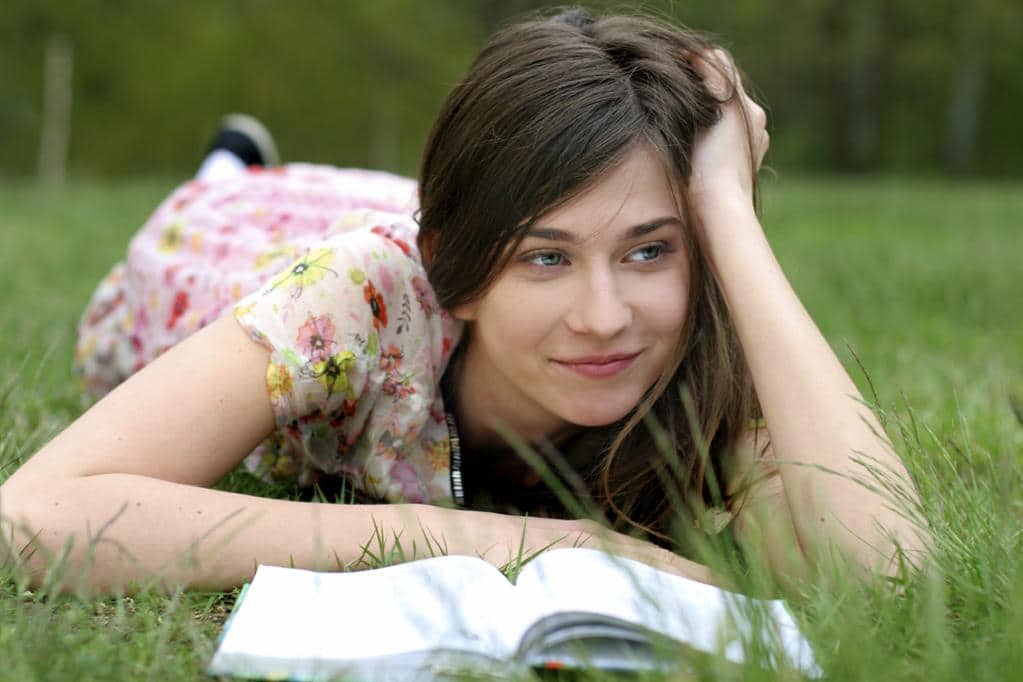 1) It gives you a better insight into the society you are in.

The world is a scary place, as you do not know what you can expect from meetings and interactions with other people. So if you are looking for ways to reduce the trepidation associated with socialization, then go ahead and read a fantastic fiction book. After all, this genre serves as a wonderful simulation of the social world, according to psychologist Keith Oatley, a professor from the University of Toronto.  Oatley likens fiction to a pilot’s flight simulator. Just as a pilot improves his skills in a simulator, reading fiction can help enhance the person’s understanding of the social scenario before he goes off and faces the world.

Proving this claim is the study conducted by Oatley and his associates. In this research, participants were asked to determine the emotion of an individual simply by looking at the photograph of a person’s eyes. This test – created to measure the individual’s empathy – was developed by Simon Baron-Cohen, a British Psychologist. According to the results of the study, fiction lovers yielded higher results – solidifying the claim that they possess ‘better empathy.’ Supporting this claim is Raymond Mar, another Canadian psychologist from York University. In his study, Mar subjected fiction and non-fiction readers to a battery of social reasoning exams. The results were just as promising: fiction readers demonstrated better results (hence, better empathy) than those who did not read such literary gems.

3) It sharpens your consciousness – as well as your view of other’s.

According to American professor Lisa Zunshine, fiction improves an individual’s “Theory of Mind” – or the awareness of one’s consciousness – as well as that of others. Developed by the age of 5, this theory is said to be improved in fiction readers, specifically those who belong in book clubs. As such, Oatley staunchly supports Zunshine’s claims. He believes that a reader only has a partial understanding of the book he has perused. However, when he talks to other readers, his knowledge of the said fiction gradually improves. Oatley claims that reading fiction and talking about it with fellow enthusiasts can improve the individual’s understanding of the book – as well as his grasp of the minds of his fellow book club friends.

4) It helps your brain stay in shape.

At Examined Existence, our goal is to promote brain fitness for every age.  Reading fiction does exactly that.  A study in the online journal Neurology, found that those who engaged in mentally stimulating activities (like reading) earlier and later on in life experienced slower memory declined compare to those who didn’t.  In particular, those who exercise their minds (by reading) later in life had a 32 percent lower rate of mental declined compared to their peers with average mental activity and capacity.  On the opposite side of the spectrum, those who experience infrequent mental activity experienced 48 percent faster mental decline than the average group.  This study included 294 participants who died at the average age of 89.

In addition to slower memory decline, those who read more (and are more mentally active) have been found to show less characteristics of Alzheimer’s disease, according to a 2001 study published in the journal Proceedings of the National Academy of Sciences.

What Kinds of Books Should You Be Reading?

While reading is good for you—there are some that will have minimal benefits and then there are those in which you will reap major benefits reading.  It would be safe to say that, however enjoyable the book is, 50 Shades of Grey may not bring about as much benefit as a Sherlock Holmes book.  When picking a good book to read, it is wise to pick books that expose you to new things and force you to think critically.  A great fiction genre is mystery.  Mystery novels force you to work on your working memory by forcing you to hold a great amount of information all at once while also forcing you to think critically about where the story is headed.  But again, it doesn’t have to be any specific genre.  Just as long as the novel exposes you to something new and makes you think critically.

While fiction stories are just figments of the author’s imagination, they do more than just amaze you. With their many benefits – as stated above – a fiction book might just be your ticket to understanding yourself – as well as the people around you.