Who Wins and Who Loses with Self-Directed Online Learning?

Education and Learning
By EE Edit@rs 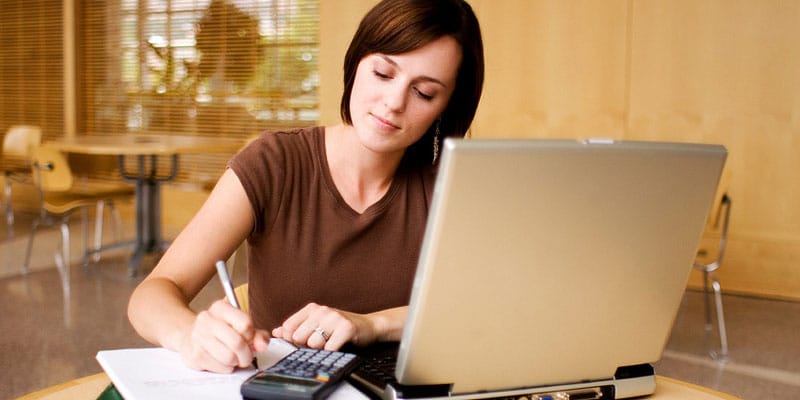 Education has evolved rapidly in the past decades. Although a majority of the world still chooses the classroom as the most idyllic venue for learning, the rising popularity of online education has somehow proven its worth as digital technology becomes much more of a need rather than a mere option. With this comes the dawn of the concept of self-directed online learning, wherein–as its very name implies–a person has to rely on no one but himself to be able to learn. But can this be a reliable option? Who wins and loses with self-directed online learning in the long run?

Self-directed education is not at all a new concept. Some of the famous and respected historical figures such as Plato, Aristotle, Alexander the Great, Rene Descartes and Julius Caesar owe much of their knowledge to self-study and being an autodidact (self-teacher). A lot of people have to rely on themselves by learning on their own since institutions offering formal education were rare or hardly affordable to all social classes. Efforts to understand the concept of self-directed learning only came about over a century ago and have since progressed to become the trend it is today in modern society.

Self-directed learning (SDL), as we presently know, had its printed version in the old days. It is not just a byproduct of the World Wide Web. As a matter of fact, it can be traced back to the days of cassette tapes and floppy discs. The early methods of SDL entailed receiving printed materials with a cassette tape, floppy disk, CD or DVD through snail mail. However, the ease of internet accessibility has given birth to the onset of self-directed online learning. Emphasis is given to the term ‘online’ because it now utilizes the internet as the main avenue for learning interaction and where educational materials are made accessible for usage and easy updates.

In a published handbook by Gibbons (2002), SDL has been defined as the enhancement of knowledge, skill, or accomplishment that a learner opts for and brings about with his own efforts in any way, in any circumstance, at any time. The self-directed learner takes the initiative to know his individual learning needs and seeks out the resources and methods that would satisfy these learning needs. Apart from that, the modern concept of self-directed learning already involves various strategies that aid the learning process and subsequently assess or evaluate the outcome. Self-directed learning must not be confused with other terminology such as self-instruction, self-study, self-planned learning, autonomous learning, independent learning, being an autodidact and many others, as the SDL concept alone encompasses all those.

Basically, SDL promotes a healthy integration between the traits of self-management and self-monitoring. Learners are able to take full responsibility of what they know, what they want to know or learn, how they are going to do it and how do they know that they have learned effectively. The person must have the right level of motivation and volition and must have the ability to maintain such levels throughout the learning process. SDL also provides a bigger room for the application of conceptual knowledge to actual day-to-day situations.

The online version of SDL covers all the recognized advantages and benefits of its printed counterpart in the old days, plus a handful more. In 2003, a national survey conducted by Guglielmino and Guglielmino disclosed that while self-directedness is a skill that needs a lot of time to develop, online learning also promotes technical competence in the field of information technology. Many of us engage in informal SDL without even realizing it. Our unconscious efforts of looking up information online or simply asking another person how to do a certain task are very common examples of informal self-directed learning.

Like any other type of approach, self-directed online learning also has its own fair share of disadvantages. While being able to learn at your own pace and convenience can be a great advantage, it can also be otherwise. This is especially true for learners who are struggling with issues on self-discipline, procrastination, and time management. Not everyone is cut out to learn on his own. The absence of a teacher to track a learner’s progress and provide feedback and reinforcement when he needs it can result to the lack of motivation.

Conventional self-directed learning focuses mainly on the person and his management of his own learning pace without the help of a teacher or the participation of peers. While online education relies mainly on an internet connection to access various resources, another approach to this is through a webinar, or a live conference call where the participants discuss and interact about a certain topic or subject course. This process promotes open education – eliminating barriers so a person can freely enter an educational institution.

A recent development in the field of online education has gained much popularity among educational institutions. The idea of having a large-scale participation and interaction through web access has brought MOOCs to our modern times. MOOC, a massive open online course is the enhanced version of a typical online course which merely utilizes videos, reading materials and slideshows. MOOCs aim to promote interaction to a higher level, providing community forums that usually allow an unlimited number of participants consisting of students, professors and others.

Massive open online courses have been recently labeled “the next big thing” in many universities. Having started off in 2008, MOOCs have diverged into a variety of practices and courses ranging from philosophical theories to individual lessons that are being held by organizations outside the university.

A noteworthy organization that is similar to MOOC is the Khan Academy. Created in 2006, Khan Academy was founded by Salman Khan, a Bangladeshi-American analyst and educator who graduated from reputable institutions such as Massachusetts Institute of Technology and Harvard Business School. As a free educational website, Khan Academy has uploaded over 4,000 mini lectures teaching a wide variety of subjects like mathematics, branches of science, macro- and microeconomics, art history, computer science and American civics posted as video tutorials in YouTube. Within a few years, Khan Academy has delivered more than 240 million lessons to countless students from different parts of the world.

Salman Khan and Khan Academy received several recognitions with the former being featured in a number of news channels and magazines. Khan academy also became a recipient of $2 million from Google in what could have been called a massive investment in online education. Fortunately, those funds were used to further augment the creation of courses online. As it received the MicrosoftTech Award for education, Bill Gates reportedly admitted to using the Khan Academy Exercise Software in teaching his own kids. Khan also spoke in several conferences including the TED conference as invited by Bill Gates himself. The academy upholds its mission which is “providing a high quality education for anyone, anywhere.”

Khan Academy received as many critics as there are supporters and proponents. Because Khan Academy renders its services for free, you might wonder whether this pursuit can gain or lose in the long run. There aren’t many organizations that voluntarily sponsor massive investments in online education.

So who wins and loses with self-directed online learning? It is the participating student who reaps both the advantages and drawbacks from this type of approach. But given the contributions of self-directed online learning to open education, it must be a “win” situation for the learner. He only ultimately loses if he does not keep up the right attitude to maintaining a sustainable level of self-motivation and discipline until the end of the course.

Here Are The Best Online Colleges