What Causes Stress? The Three Conditions That Cause Stress 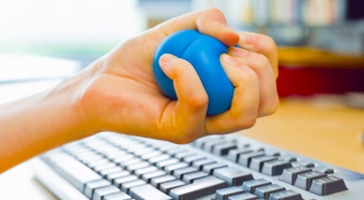 In the book The Hour Between Dog and Wolf: Risk Taking, Gut Feelings, and the Biology of Boom and Bust, author John Coates talks quite a bit about the biological function of stress and what chronic stress does to the human body.

In the 1950s, renowned psychologist Hans Selye believed that the body initiated a stress response only when in imminent danger, such as hunger ,thirst, hypothermia, injury, cardiac arrest, and so on and so forth.  However, in the later part of the 20th century, psychologist John Mason of Yale noticed that the body reacted more powerfully to the expectation of mental or physical harm than actual harm itself.

The same stress response happens in humans; when our bodies are preparing for danger, the adrenal glands release stress hormones of adrenaline and cortisol, which sharpens our focus, attention, and an increased amount of glucose is released from the liver into the blood stream, preparing us for imminent threat.

Uncertainty is the second condition in which a stress response is strongly elicited.  Scientists tried to test the response to uncertainty by administering electrical shocks of different intensities (but still relatively mild) to animals.  What researchers found was that the intensity of the shocks did not matter as much as the timing of the shocks; a stronger shock did not necessarily correlate with a stronger stress response.  But when the shocks were delivered in regular timed intervals, the animals became accustomed to the shocks and the stress response eventually lessened.  However, when the shocks were administered at completely random intervals, the cortisol level of the animals reached their peak.

The use of this response is most recognizable in films involving horror and suspense; we are most frightened and shocked when the villian unexpectedly appears on screen.  This can also be recognizable in wars.  During the World War II, the residents of central London were exposed to the daily bombing, meanwhile residents of London’s suburbs were exposed to intermittent (and seemingly random) bombings.  What doctors found later on was that residents of the suburbs of London had a much higher incidence of gastric ulcers than that of those in central London.

In a follow-up experiment, the bar lever was eventually unplugged and rendered useless.  But even when useless, the animal that had access to the lever still elicited a less pronounced stress response than the one without the lever.

Control, or even the illusion of control, can reduce stress whereas the feeling of not being in control elicits an intense stress response.

Novelty, uncertainty, and uncontrollability puts us in a state of constant angst and preparedness.  Our bodies are not designed to be in this constant state of alert; it is not what the stress response is supposed to do.  The cortisol and adrenaline that is released during the stress response is meant for to be used momentarily to get us out of danger—it is not meant to be a long-term solution.  And thus, when we put our bodies through this ordeal, it begins to weaken the body and the mind, and we eventually begin to succumb to the byproducts of chronic stress, such as mental illness.

Remember, acute stress is good for us as it can get us “in the zone” and elevate our performance in whatever we do.  But chronic long-term stress is detrimental to our overall happiness.  So while intermittent exposure to novelty, uncertainty, and uncontrollability can be a good thing, chronic exposure to these three conditions will cause chronic stress.