10 Tips to Break Through Your Social Awkwardness

Meta: It can be hard to get out there and stop talking to people – and I know, because I’m the same. Here are 10 of the best ways to break through socially awkward behavior.

It’s tough being socially awkward – and I know, because I was like that as a child. I often had a difficult time understanding others, and in turn, that made it extremely difficult to strike up conversations with others (or even put myself in situations where I could talk to others). It doesn’t have to be this way, though. In fact, there are a few tricks you can use to break through your social awkwardness.

Get A Job In The Service Industry 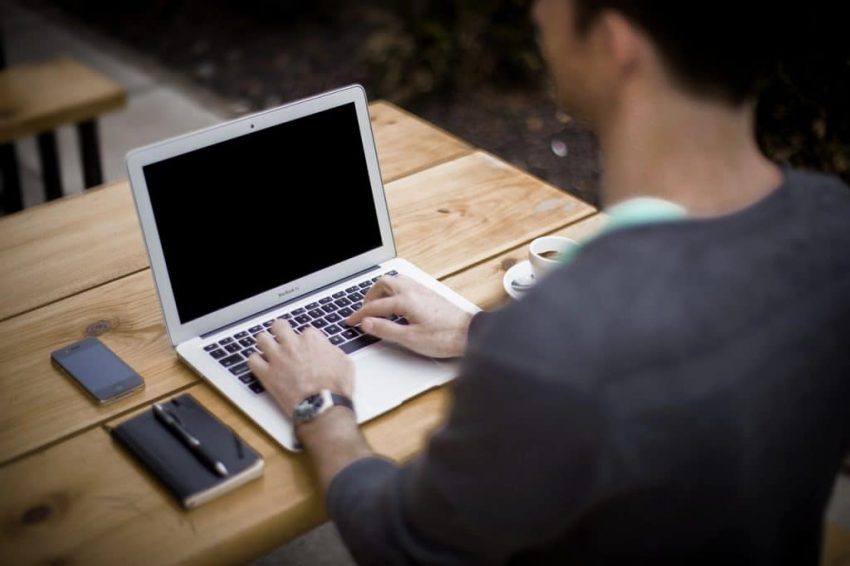 Yes, really. Even if you don’t plan to make a career out of it, a short time spent taking orders from customers at restaurants and generally acting in a people-focused position can push you past your limits. Once you’ve dealt with a mad rush of customers, other social situations become far less stressful in comparison. This change in context makes it much easier to handle things.I recommend working in a restaurant for this because, in most cases, taking orders and delivering food isn’t very complicated. You don’t need any special talents or education to do this, so anyone can find a job working in this position. Restaurants, as a whole, also tend to be less stressful than Customer Service at retail stores.The real trick here is finding a job with the right restaurant. In general, nicer restaurants tend to have fewer problems with loud, unruly, or obnoxious customers (though you may still have to deal with children). Find a place that matches what you can handle and go from there. 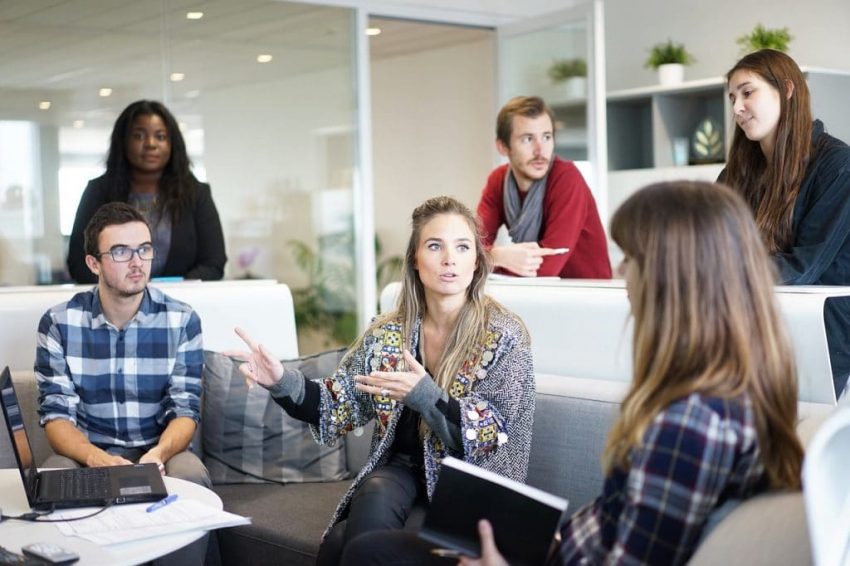 Do you know what looks good on resumes? “Met with peers for bimonthly problem resolution practice”. In other words, “we played roleplaying games together”. Before you dismiss this, though, the truth is that mentally putting yourself into a different role is a great way to start adjusting your viewpoint and breaking through your social awkwardness.If you decide to imitate a character who’s outgoing and confident, all you’re really doing is what the character would do. Since there’s a disconnect from reality, it’s easier than trying to change yourself right away.The type of roleplaying game is up to you. Many people enjoy classic fantasy stories, but there’s also science fiction, horror, mystery, and many other genres. The games can be as simple as a one-hour session, or a regular event that takes months or years to complete.Don’t worry about the cost, either. There are many freely-available games that offer rules, guidance, and even scenarios for you to practice roleplaying with. The most important thing is to act in a way that fits who you want to be. In other words, fake it until you make it. 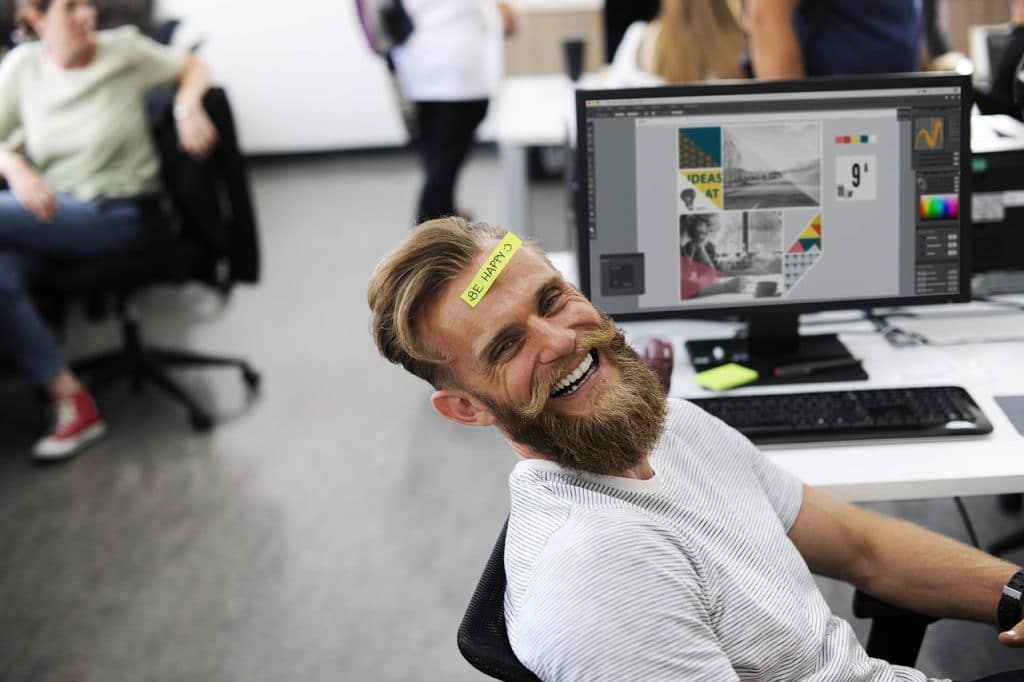 Just smiling more is a good way to begin reducing your social awkwardness. If you’re sitting there stoic and grumpy, other people won’t want to talk to you – and even if you do start talking, they probably won’t want to stick around. That can start a self-reinforcing cycle where you believe people don’t want to talk to you and the social awkwardness only gets work.Amazingly, a simple smile is all it takes to overcome this. When you remember to smile on a regular basis, you’ll give people a positive first impression and they’re more likely to relax a little and start welcoming you into their conversations.

Once you’ve done the first three steps, you’re ready to move on to striking up conversations. It helps if you’re in a transitory place, such as riding a bus or waiting in line. The best part of this is that you’re probably never going to see that person again, so even if you make a huge mistake, it’s probably not going to hurt you in the long-term. As such, you can keep practicing until you’re better at it.To succeed with this method, try talking about something that seems interesting to them. For example, if you see a father with his kid while you’re waiting to get coffee, try asking for advice on taking care of kids. Most people are happy to share their expertise and come across as experts, and when they’re doing most of the talking, you can practice conversations without having to do most of the work.

Look People In The Eyes 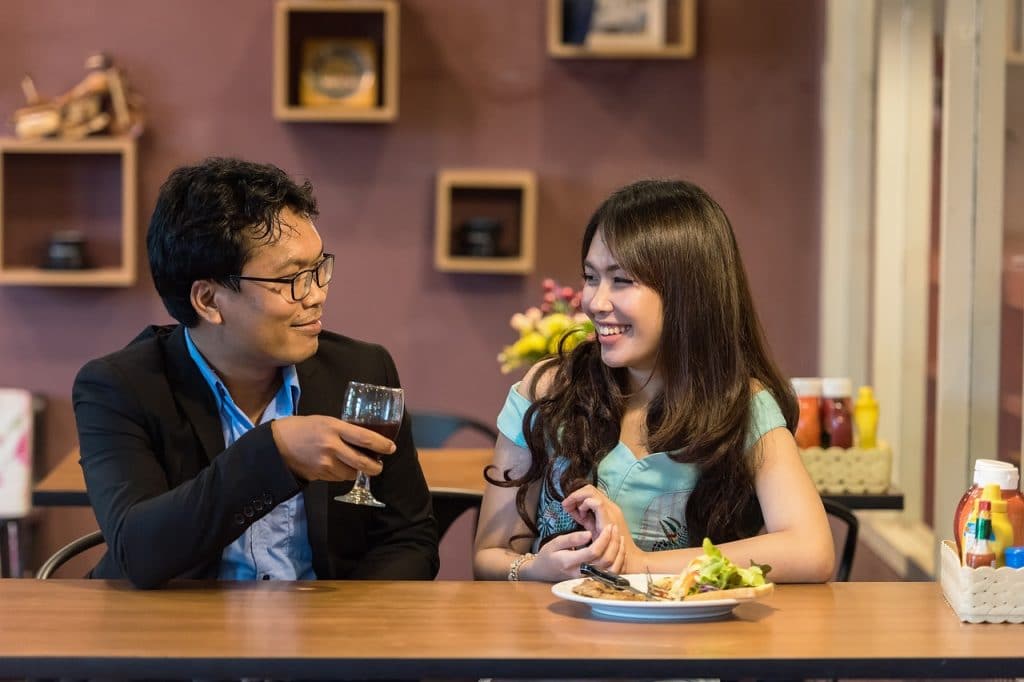 This was one of the hardest things for me to do. In fact, I often end up staring right at the top of people’s noses instead, which is close enough to the eyes that it usually fools them. The reason for this trick is that looking at people’s eyes convinces them that you’re paying attention and care about the subject. If you hang your head down and stare at your phone, they’re just going to think you’re not interested.Don’t confuse this with staring at people. It is rude to stare without a good reason, but looking at someone when you’re talking to them isn’t staring.

If you expect to meet someone – whether it’s an interviewer for a job, a contractor for home improvement, or someone else entirely – it’s good to try and memorize a few details about them. Associating names with faces is best, but it may also help to know a few more details about their interests.Don’t actually bring this up before they mention it to you, though – you don’t want to come across as a stalker. Instead, get just enough information to try and develop a better sense for who they are. If they’re not as much of a mystery when you’re talking to them, you won’t have as hard a time.

It’s hard to come up with conversation topics all on your own – so when in doubt, ask more questions. We touched on this in #4, but it’s important enough to deserve its own point. Questions are by far the best way to get a conversation going, and you can keep it moving with other prompts that develop.For example, if you’re at a work meeting about buying supplies in bulk, you could ask if the supplier people have suggested can meet your company’s needs. If the answer is yes, great – you’ve confirmed important information. If nobody knows, that’s something to check, and people will probably appreciate the verification.Here are some tips for asking better questions.

This is a habit for me, now. If somebody’s even vaguely close to a door and planning to go through it when I am, I wait and keep it open for them. My reward is generally a smile and a thank you – two things that help to curb my socially awkward tendencies. This is especially true if the other person is elderly, pushing a stroller, carrying a child, or would otherwise have difficulty getting the door themselves.Aside from the smiles, there’s one other value to this tactic: the change to thinking about other people. Instead of worrying about what they’re thinking about you, the focus is on what you can do to help them. The more you do this, the more praise you’ll get, and that can create a self-reinforcing behavior that helps you whenever you’re out in public.

Handshakes are another important part of social behavior – and many people don’t have the right sort of grip. If your hand is too limp, people will think you’re weak and won’t look favorably on you. On the other hand, if you have a tight death grip, they’re going to get defensive or think you’re too anxious to communicate with.To fix this, practice shaking hands with family or friends and ask them to give you feedback. A few shakes with each person is all it takes to figure out what you might be doing wrong. Even if your handshake is good, practicing can help you ensure the best reaction from the people you’re talking to. 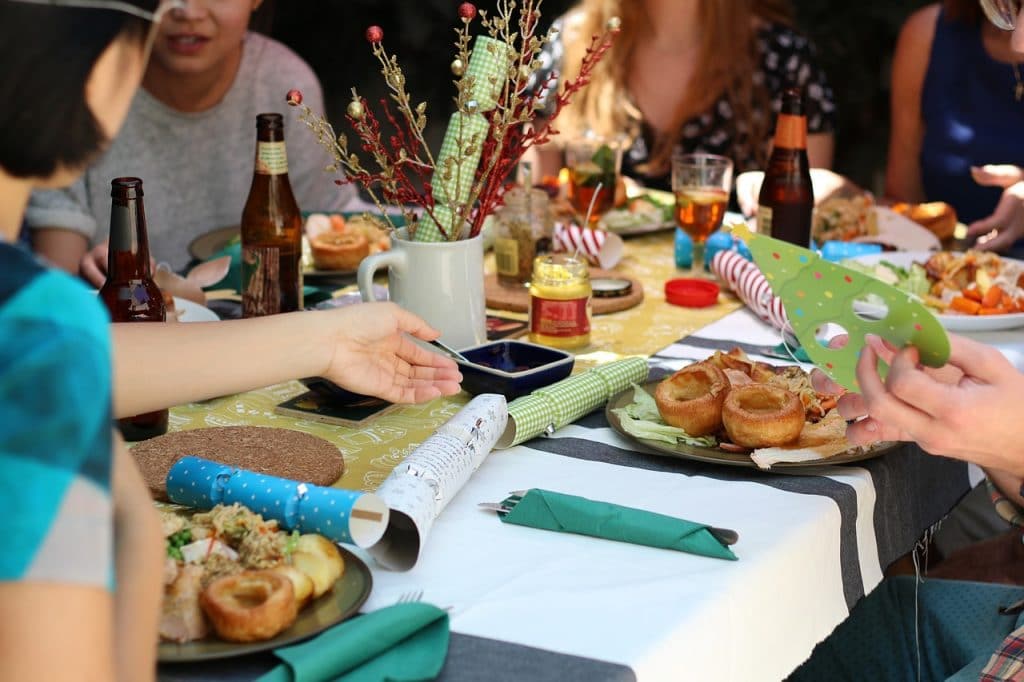 This is especially important when you’re on a business trip or otherwise out and about in your life. Meals almost always convince people to relax and lower their guard, and they’re more likely to be forthcoming on any questions you offer. You may not be able to invite people over every night if you live alone, but try to eat with others as often as you can.Meals are also a great time to put these other strategies into practice. You can greet them with a smile and a handshake, look into their eyes while they’re talking, ask questions to let them talk about themselves, and hold the door open for them on the way out. Once you’ve done this a few times, most of the anxiety will ease away, leaving you less socially awkward than ever before.