Mental Toughness is a Habit and a Skill 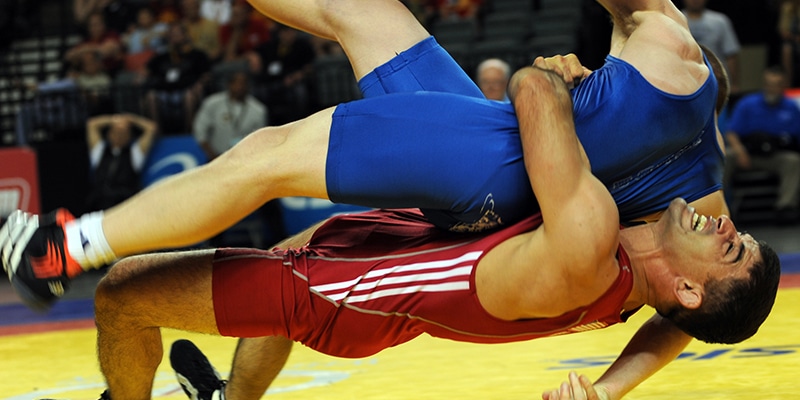 And to become competent at any skill you want to possess, it needs to become a habit.  The habit part of any skill is essentially what makes it a skill because it automates action so that you do not waste time thinking about specific parts of the skill.

In this post I will talk about why mental toughness is a habit and a learned skill, and how you can learn to become more mentally tough.

Psychologist Angela Duckworth’s area of interest is grit.  Grit is the ability to persist and stay the course in the face of adversity.  In other words, grit is just mental toughness; because it is what mental toughness boils down to—the ability to persist regardless of the obstacles.  Her studies and experiments have concluded that grit, not intelligence, is the biggest determinant of success in school and at work.  She gave a wonderful TED Talk summarizing her findings.  In her study, she found that:

Essentially her study concluded that people who built a habit of staying the course were more successful than people who do not have a habit of consistently persist.  Mental toughness, grit, persistence, willpower, or whatever you want to call it, is probably the single most important determinant of success, more than intelligence.  Intelligence only accounts for 25-30% of your overall success.  The better determinant of your success is your mental toughness.

I haven’t always been mentally tough, I was rather mentally weak actually.  I gave up quite a bit and persistence wasn’t one of my finer points.  However, within the last two years, things started to change bit by bit.  I am now a lot more mentally tough than I was two years ago, or even a year ago.  I do not wait for motivation to act.  I act whether I feel like it or not.  I found what usually held me back was the inner monologue I had with myself that consistently told me to give up and give in.  But if you think about it, that makes complete sense.

The person you talk to the most throughout the day is yourself.  The conversations you have with yourself guides your every decision throughout the day.  When you consistently persuade yourself to give up or to take the easy route, that is what you will do.  However, if you consistently tell yourself to persevere and take the hard route, that is how you will act.

The conversations in your head are takes the form of either negative self-talk or positive self-talk.  Both forms of self-talk form a habit.  But the habit of negative self-talk will not allow you to form the habit of mental toughness.  But when you are habitually having positive self-talk with yourself, that is when you are in the mindset to be mentally tough.  Next time you come upon a roadblock, pay attention to what your mind is telling you to do.  Is it telling you to give up?  If so, you need to be cognizant of that and change the way you think.  Change will not be haste, but change starts with the realization of the problem.

Lars Draeger wrote a book titled Navy Seal Training Guide: Mental Toughness.  As you may have guessed, the book is about why and how SEALs are so mentally tough.  It turns out that the foundation in which they build their mental toughness is by relying on a concept called micro-goals.  Navy BUD/S (Basic Underwater Demolitions/SEAL) training is famously known to be one of the toughest special forces training course in the world.  Candidates have to get through BUD/S training in order to officially become a SEAL.  The people that sign up are BADA$$ES, by any standard. However eight out of ten don’t make it to become SEALs.

Lars Draeger stated that the people that make it through BUD/S aren’t gifted physically; they are fit but not any fitter than a personal trainer or an amateur athlete.  However, they are tougher mentally than the rest of us.  Draeger stated that the one thing all BUD/S graduates did to get past training was use micro-goals.  Micro-goals is the concept of breaking down big tasks/obstacles to mini tasks.  A typical “evolution” involves an 8 mile hike while carrying a small inflatable boat over their heads, after hours of grueling physical training.  The successful SEAL does not think about the whole eight miles.  Instead, he thinks about the task, one step at a time, one minute at a time, or one mile at a time.  The successful SEAL will tell himself “let’s just walk for one more minute, and then worry about the rest of the hike after” or “one more mile and then I can sit and rest.”

You can apply the concept of micro-goals to your life.  When you are taking action, do not think about the overarching goal you are trying to achieve.  Instead, think about the task at hand, and break it down into smaller tasks.  If you need to run a marathon, don’t think about the whole 26.2 miles.  Break the marathon down to micro-tasks, work on accomplishing the first 10 minutes, the first 2 miles, or the even the next 10 steps. You will find that you will have a lot more willpower and mental fortitude once you start thinking about the immediate goal, instead of the overbearing larger goal.

At the end of the day, mentally toughness boils down to consistency.

Mental toughness is built upon consistency.  And this consistency is built on the ability to persist and not quit.

Daily Routines and Habits of Billionaires

Interesting Facts About Your Habits

The Habit Loop: The Concept That Explains How Habits Form

What Are Keystone Habits And How To Develop Yours