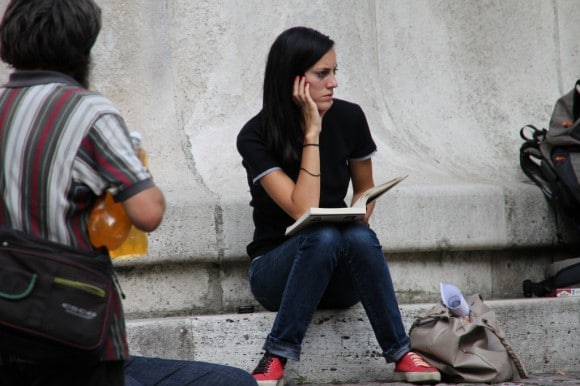 Although the word “intelligence” has no single definition, it is universally associated with terms such as knowledge, mental capability, reasoning, judgment, imagination, cognitive function, and occasionally, adaptation. Over the years, the most common notion with regard to “intelligence” is that it simply is a desirable, advantageous, and sought-after attribute. Such has paved the way to more and more research being aimed at discovering the hows and whys of the acquisition of intelligence.

With numerous, continuing debates about intelligence, most of us wonder – where does intelligence really come from? Is intelligence genetic? Or is it a result of environmental and developmental influences? Let’s delve into the particulars of the two factors.

The Role of Heredity

The fact that genetics does significantly affect or influence intelligence is beyond doubt, but how is it proven? Here are two standpoints from which the determination of the heritability of intelligence is derived:

Studies on the heritability of intelligence started over a century ago. The relationship between genetics and intelligence has also been studied through brain structure. A very comprehensible approach in correlating general intelligence with the brain is through structural imaging of the brain’s white and grey matter volume. In a study conducted by Toga and Thompson (2005) titled Genetics of Brain Structure and Intelligence, it was stated that “structural brain mapping, in contrast, has already shown specific patterns related to intelligence and, as with other brain mapping studies, can provide the anatomic framework to achieve improved sensitivity in functional studies.”

To be able to establish the link between brain measures and genetics and understand the causes of morphological and functional variability among the experiment’s subjects, the methodology was designed to merge imaging results against genetic statistics to be able to quantify genetic influences on the brain. It has been proven that brain structure measured using magnetic resonance imaging (MRI) correlates with scores from intelligence tests. The same correlation is seen with individual volumes of the brain lobes and cumulative volume of gray and white matter. It was found out that there is an apparent relationship between localized brain volume and intelligence. It was also repeatedly demonstrated that gray matter density is heritable, and that brain morphology results from familial contributions to some extent.

Another way of proving that intelligence really is genetic is through a psychological approach. Chabris et al (2011) stated in his publication that genetics potentially has significant contributions to psychology and other social sciences. First of all, genetic expression greatly affects the innate physiology and development of the brain. Through a deeper understanding of the genes, we can further understand contributing fundamentals of evolution and behavior, including intelligence. Second, individual differences in cognitive function and behavioral patterns are primarily caused by genetic differences. Therefore, understanding these differences through genetics can definitely provide the most succinct and logical explanations.

It has been shown repetitively through various approaches and methodologies, that genes do play a very crucial role on intelligence. Scientists have also learned that heritability does not only apply to intelligence, but more importantly, to every aspect of behavior as well.

However, much of the speculations regarding intelligence and genes almost always include the factor of environmental influences. As Toga and Thompson (2005) has pointed out, “correlations between related individuals show that both nature and nurture influence intelligence.” This insight leads us to a better standpoint that genes alone cannot account solely for intelligence.

The concept of multiple intelligence has been around for decades and has coincided with the theory that intelligence is not only limited to one’s IQ or intelligence quotient. Mainstream psychologists have debated on such concept as it purportedly lacks empirical and quantitative evidence. The eight abilities which are linguistic, logical-mathematical, spatial, interpersonal, intrapersonal, naturalistic, bodily-kinesthetic and musical are all subjective and may depend on personal judgment.

Nevertheless, intelligence, in any form, has a general, ultimate purpose which is survival. In a publication by E.S. Williams on intelligence as a key to survival, it was stated that a man’s intelligence is the dominant attribute by which he survives his environment especially in extreme conditions. Intelligence has also been linked to evolution whereby the conception of  “survival of the fittest” is of prime focus. New studies are now probing into the possibility that intelligence just might be an evolved form of survival strategy.

With the theory of multiple intelligence becoming more and more accepted in the modern world, plus the belief that intelligence is a survival strategy, the concept of “intelligence” has become more complex in itself. As a result, the interplay between genes and environment generate infinite possibilities and complexities that will later on become the subject of future investigations.

So is intelligence nature or nurture?

What needs to be proven now is how nature (genetics) and nurture (environment)  both influence or affect intelligence. Ever since the article, “Intelligence: Knowns and Unknowns” by Neisser et al was published in 1996, much has been understood with regard to the synergistic relationship between genes and environment. In the article, it was discussed and emphasized that genetic expression does involve an environment, be it ecological or biochemical. An ecological environment refers to a socio-cultural or interpersonal environment, while a biochemical environment refers to the physiological and anatomical conditions of the human body.

When phenotypic traits (perceivable attributes from one’s genetic make-up) develop, it is highly possible that an environmental input can modify them to some extent. On the contrary, environmental effects cannot manifest without the presence of a preexisting structure, such as a genetic structure, to act upon. Moreover, the term “environment” encompasses a broad range of factors including within-family interactions, social class, nutrition, health, and even cognitive-enhancing pharmaceuticals. Thus, it clearly becomes an interaction of both factors. So, is intelligence nature or nurture? The ultimate answer is– it is a combination of both.

What is Internal vs. External Validity?