The following is a guest post written by Sean Allan of Siam Mandalay.

One of the biggest fears for people as they get older is losing their mental sharpness, possibly developing dementia, Alzheimer’s or other mental illnesses. It is inevitable that your brain will lose some of its vibrancy as you get older – but by giving your brain a moderate workout on a frequent basis you can help stagnate the onset of some of these issues.

Here’s the numbers: Working with puzzles into your old age, has been shown to help reduce the risk, and slowdown the effects of dementia among elderly people. It is estimated that by 2050 there will be 1 billion people over the age of 65, with about 37 million of those having some form of mental illness. With people living longer and longer with every generation – this number will continue to grow exponentially.

Here’s the science: A study by BioMed shows that working with puzzles and other logic games helped improve reasoning, memory and logic. When compared to a control group, who received no training or cognitive stimulation with puzzles and games. The results were particularly interesting as consistent involvement with puzzles improved memory even when the participants were tested an entire year later. Essentially, your brain is a-kin to putty, it can be molded, stretched and changed. Its malleable, psychologists call this plasticity.  Even as we get older we are still able to mold our brains when we exercise them. Exercise improves cognitive functions ranging from math to memory across our lifespan, and it can even benefit brain functions during the early stages of Alzheimer’s disease. Exercise enhances the growth and survival of new neurons in the hippocampus — a region of the brain essential for long-term memory. 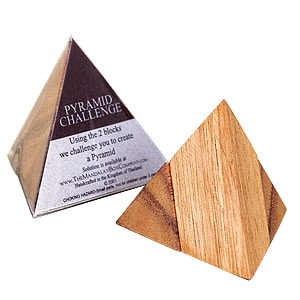 They promote a form of synergy between the left and right brain, termed by psychologist as a “full brain approach”. This can result in better memory, deeper learning and better recall. Puzzles appeal to our creative and logical minds – they offer a full brain work out.

It had previously been demonstrated that such tasks can slow down and even reduce the onset of dementia. New findings also indicate that there are multiple other advantages, like better hand-eye coordination and improved self-esteem, precisely when their self-esteem maybe in decline.

Puzzles and games offer a wonderful social tool for elderly people, they are timeless and can be played by anyone – young or old – there is nothing that can cross generations quite like good puzzles. Puzzles and games instigate social interaction and communication. Doing a puzzle together, is a pleasurable experience for all participants helping to maintain their social and communicative skills.
[wp_ad_camp_4]

When a puzzle is finally completed their is a feeling of satisfaction – dopamine is released in the brain. Working on puzzles therefore reinforces the habit of using them in a positive feedback loop, these chemical releases are tremendously positive for anyone, young or old – these types reward systems are very powerful for humans.

Motor movements are also improved working with puzzles, sliding, slotting and placing pieces are all beneficial to elderly people, helping them with everything from holding objects to handwriting, it can help reduce shaking – making pretty much everything that little bit easier. Puzzles offer are an effective brain exercise for people young and old with a multitude of advantages be it social, physical or mental.