A team of international scientists might have discovered a way to reopen critical periods of brain development, allowing young and old adults alike the ability to acquire perfect pitch (or absolute pitch) in order to speak a language with perfect accent or play music by ear with fluency of a prodigy—an ability previously acquired only early in life, often before the age of 7.

Science believes that after this critical period in a person’s life, attaining perfect pitch is nearly impossible.  At the cellular level, maturity causes neurophysiological as well as molecular changes that eliminates or dampens the potential for future change.  Essentially, it becomes harder or impossible to change the brain in the dramatic manner as seen in adolescents. 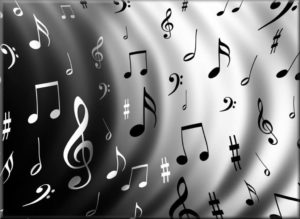 Although the study concedes that acquiring perfect pitch is highly improbable after adolescence, the researchers do not rule out neuroplasticity as a whole.  Rather it begins with the assertion that, for many tasks, neuroplasticity that happens after the critical period is behaviorally-induced and takes effort.  This behaviorally-induced plasticity is built on an efficient training regimen, as opposed to just routine exposure (as it is during the critical period).  In addition, brain plasticity in adulthood is usually targeted to the trained task and the brain network trained, and is often-times not transferable to other unrelated tasks.  But like many other studies have asserted, the researchers in this study do concede that transferability into other tasks and brain networks is sometimes possible—but not nearly as amplified and as abundant as the transferability during the critical period during early childhood.

Epilepsy is a neurological disorder in which a person’s has chronic seizures.  The seizures are treated with valproate sodium, which is the sodium salt of valproic acid.  It is this substance that scientists believe hold the key to brain plasticity and perfect pitch.  According to a study published in the Frontiers of Systems Neuroscience, the drug used to treat epilepsy also allows for the reopening of this critical period in the adult brain—a period in which perfect pitch can be attained with ease.

The study into the use of vaproic acid to acquire perfect pitch involved 24 healthy young adults (ages 18-27), who were right-handed with English being their only language.  Half of the group was given VPA (vaproic acid) and the other group was given a placebo.  All participants had little to no musical training; and those who received training all began after the age of 7 (the age in which the critical period is considered closed for most people).  The study was done by testing tone identification and replay using computers software that synthesized piano tones.  The study was done to assess improvements of absolute pitch in participants.  The study found that those taking VPA were able to recreate and identify musical note without reference much better than those taking the placebo.

On a recent interview with NPR, Dr. Hensch stated:  “It’s quite remarkable since there are no known reports of adults acquiring absolute pitch. The professor went on to state that he thinks his research could lead to further skills being taught, including languages.  I think we’re getting closer to this day, because we are able to understand in greater cellular detail how the brain develops throughout development.”

As some have pointed out, acquiring perfect pitch later on in life is not impossible without vaproic acid.  One of the researchers of this study, Takao Hensch of Harvard, pointed out that some experiences in childhood may predispose someone to being able to acquire perfect pitch later on life with training.  But these cases are far and few.  In addition, previous studies without vaproic acid have shown that adults are able to improve (not attain) absolute pitch when specific condition are met.  The specific conditions for improving absolute pitch in adults are: the individual’s previous musical training/experience, whether a single tone or a series of tone are used for training, and the duration and intensity of the training.

This study comes at a time when science is just beginning to understand the full depth of the brain and what it is capable of.  Many traditional theories and paradigms about the brain have come into question as of late—including the oft-cited claim that we are not able to change the brain’s plasticity after reaching adulthood.  Researchers have found numerous ways to potentially rewire the brain and make it more elastic, including brain training, n-back exercises, meditation, and transcranial stimulation.