Does Playing Chess Make You Smarter? 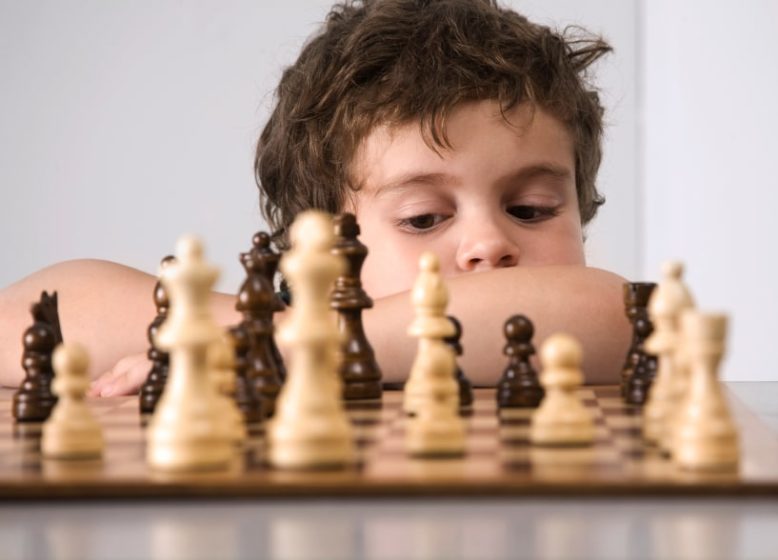 Chess has evolved into a well-loved strategy game among people of all ages since it was first played in Afghanistan back in 600 AD.  Since the very nature of the game calls for mental acuity and perceptiveness among many other skills, a person’s expertise in the game can easily convince someone else of his overall intellectual adeptness. Such may be actually based on legitimate stereotypes backed by scientific proof, but it may also be deduced based on the image that prominent figures have established in the world of chess.  This begs the question: Does playing chess really make a person smarter?  This article attempts to provide the answers to these questions by using different scientific and logical perspectives. 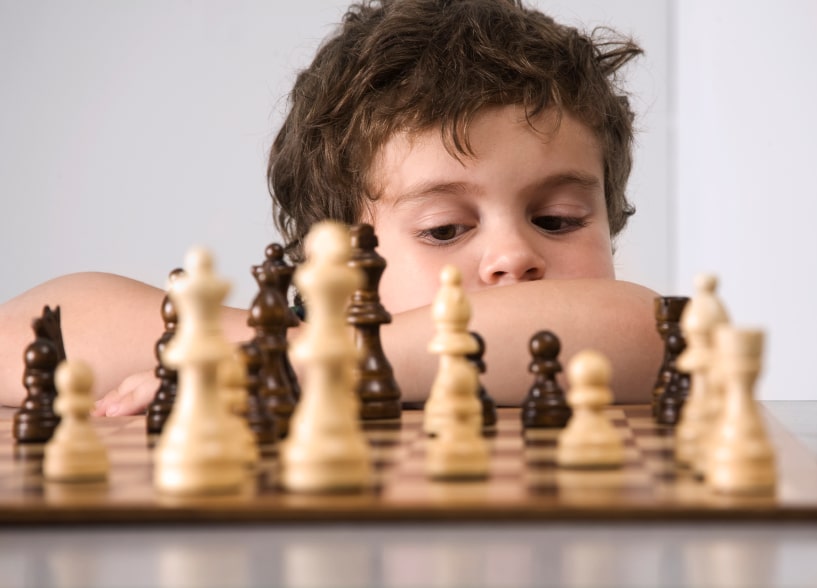 What Cognitive Neuroscience Has to Say

In a study conducted in Tübingen, Germany, chess experts and novices were shown geometric objects and chess positions, and were later asked to identify each one of them. Their reaction times and brain activity were closely monitored with the use of functional MRI scans. On the first part, which was recognizing the geometric objects, results reveal that the subjects’ performance didn’t show any dissimilarities, which implied that the experts’ visualization skills are no better than the amateurs’. However, during the identification of the chess positions, the experts were seen to have performed significantly faster and better.

As the researchers geared toward an element of a study previously conducted on pattern and object recognition by the chess experts, they had anticipated to notice areas of the left hemisphere of the experts’ brains (involved in object recognition) to be more reactive when they performed the tasks. However, the reaction times of the subjects were virtually identical. The very thing that sets the experts apart from the amateurs is that the former’s right brain hemispheres (involved in pattern recognition) were to seen to have also lit up during the activity. Therefore, both sides of the experts’ brains were active, processing information in two places simultaneously. The researchers added that when they showed the chess diagrams to the subjects, they observed that the amateurs relied on looking at the pieces intently to be able to recognize them, whereas the experts merely relied on their peripheral vision and looked across the boards.

Merim Bilalic, a member of the German researchers team from the cognitive psychology department of the University of Tübingen, stated in an interview that the experts’ brains handled the chess tasks quite remarkably compared to that of the novices. The study inferred that expertise is an acquired–and not an innate–skill. It drew a very sobering message: constant exposure to the game cultivates intellectual adeptness.

The Cognitive Benefits of Chess According to Other Relevant Studies

According to studies performed in various institutional settings, the game of chess has shown to yield a number of cognitive benefits in children and elderly alike. Here are some of them.

Kids, between grade school and high school, are seen to reap the most brain benefits from playing chess, according to experts. Chess has shown to enhance the analytical, critical thinking, and visualization skills most particularly those of second to third graders. This is attributed to the rapid development of children in these age groups.

According to a study conducted in Venezuela, results have shown that children who took chess classes for 4 ½ months have increased their IQ points.  This conclusion is also backed up by a 2003 study of Murray Thompson, a Ph.D. Education student at the Flinders University in Australia. In his research, participants who played chess also demonstrated improved IQ levels. Thompson ascribes this to the concentration and logical thinking a chess game calls for.

A 1998 study titled The Effects of Chess Instruction on the Mathematics Achievement of Southern, Rural, Black Secondary, conducted by James Smith and Robert Cage, has shown that chess is also crucial in the improvement of a child’s mathematical skills. The subjects, who were African-American high school students, were provided with 120 hours of chess instruction. The math proficiency test results reveal that the students from the experimental group showed better scores, in comparison to the results of the rest of the students who did not receive chess instructions. James and Cage attribute the enhanced arithmetical skill of the subjects to the influence of chess on perceptual ability, which is a child’s capacity to deal and provide meaning to sensory stimulus. Dr. Eric Gottlieb of Rhodes University, on the other hand, cites objective reasoning (or the ability to think a few steps ahead) as the major reason why chess players are proficient in math.

From 1973 to 1974, Albert Frank, a school director based in Zaire, studied the effects of chess on children who took classes for two hours every week. His study, which is published in the book Chess and Aptitudes, showed more than stellar results. After the chess lessons, he concluded that those who practiced chess demonstrated improved verbal skills, as well as enhanced mathematical skills and administrative-directional tasks.  So how does chess enhance verbal skills, despite the absence of words or verbal communication in the game? Frank believes that chess improves verbal skills since it utilizes all the abilities of an individual, as many aptitudes or faculties of the mind are utilized whenever the game is played.

In his 1995 study titled Chess in Education: Research Summary, Dr. Robert Ferguson (a cardiologist at the Northeast Georgia Diagnostics Clinic) had established that chess is instrumental in the enhancement of a child’s critical thinking and good judgment skills. Ferguson’s subjects, who were seventh to ninth graders, yielded a 17% improvement in the results.

Intelligence is not merely measured by IQ points; emotional intelligence plays a big role as well. Also known as EI, it is defined as the person’s ability to perceive, control, and evaluate emotions. The game helps bring more and more people together regardless of race and socioeconomic status, according to Dr. Rose Marie Stutts of the Freedom Chess Academy.  In effect, chess improves emotional intelligence, as well as psycho-social skills.

While chess has already been proven to be highly beneficial for kids, studies have shown that it can help improve the mental acuity of the elderly as well. Chess hones an elderly player’s ability to determine cause and effect patterns, analyze the relationship between two ideologies, and understand key concepts. As such, chess has proven to be highly effective in protecting the elderly from neuro-degenerative conditions like dementia and Alzheimer’s disease.

A chess enthusiast himself, Ben Franklin explicitly emphasized in his essay,  On the Morals of Chess, how playing chess can enhance crucial skills of circumspection, careful observation, caution, percipience, and forethought. For instance, the experience of escaping near cul-de-sac positions can teach one to persevere amid adversity. He further insinuated that the the habits of the mind that are acquired in a particular domain (e.g. playing chess) can be moved to or adopted in other domains (e.g. real-life situations).

Despite many researches already proving the impact of playing chess on a person’s cognitive skills, a new study called the Grandmaster Chess Research Project, has been aimed to further explore the “uncharted territories” of the game. A collaborative effort between Israel’s University of Haifa and grandmaster Boris Delfand, the research is intended to delve deeper into the relationship of chess to cognitive development. Another one of its objectives is to create an international training program for coaches and instructors, as well as Hebrew-dialect educational software to teach kids about chess.  Apart from its scientific and cognitive effects, its political, historic, and cultural aspects of chess will be tackled as well.

Kasparov and Polgar: ‘Thoroughbred’ Geniuses? Or ‘Byproducts’ of Chess?

It cannot be denied that two of the most intelligent people in the world are grand masters. Judit Polgar, who obtained extensive chess training from her father when she was a child, has a spectacular IQ of 170. Kasparov, who became an acclaimed international chess grand master at a mere age of 16, walks around with an impressive IQ of 190. But whether they acquired their intelligence by playing chess or by lineage hasn’t been clearly determined. One thing’s for sure, playing chess magnified their cognitive ability and catapulted them to the top of the list of the world’s smartest people.

But the flip side of the coin, as far as the essence of the intelligence is concerned, reveals a series of thought-provoking questions. Is there anything else besides playing chess that these GMs can be experts at? How smart is it to be super-smart and do nothing else but to sit on a chair and play chess? Granting these GMs were already genius by birth, is it safe to infer that playing chess has enhanced their overall intellect? To what extent?  All these lead to the more compelling question previously asked, “can chess really make a person smarter?”

There has been some research done that already point to the numerous benefits of playing chess on human cognition, but the puzzle still lacks some crucial pieces, especially since whether or not expert chess players are really capable of applying their problem-solving skills in practical situations hasn’t been established yet. In the meantime, we only have to be content with the answer– it possibly can.

So now that you know that playing chess is tremendously beneficial, go ahead and grab a chess board at Amazon to get started.  You don’t have to be a Chess Grandmaster to reap the intellectual benefits of chess—just the act of learning how to play chess will yield tremendous benefits.