Do Fruits and Vegetables Help the Brain? 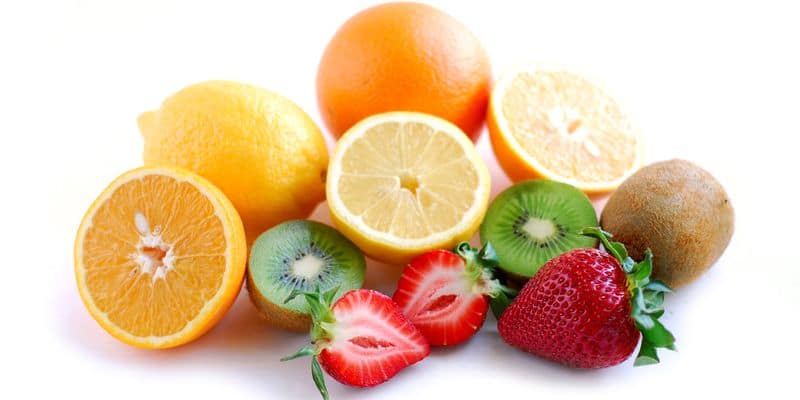 You may have heard time and time again that the way to good health involves eating the right kind of food. But what better way is there than to eat fruits and vegetables? They have remained to be the best food choices when it comes to maintaining not only a healthy body but also a sound mind. Here are the reasons why:

1.) They are rich in antioxidants that preserve brain function.

Antioxidants protect brain tissue from damage brought about by oxidative reactions and free radicals. Carl Cotman and Elizabeth Head from the Institute of Brain Aging and Dementia at the University of California did a systematic review that evaluated the strength of evidence of the use of fruits, vegetables, and supplements for optimal brain function. They were able to establish through several of their studies that fruit and vegetable antioxidants are capable of reducing age-related degenerative changes in motor and cognitive functioning.

2.) They contain fiber that decreases risk of stroke.

The intake of fiber-rich fruits and vegetables has been associated with the decrease of total cholesterol and low-density lipoproteins, which are major risk factors for developing atherosclerotic disease and stroke. In a meta-analysis done by Brown et.al that explores the cholesterol-lowering effects of fiber, it was discovered that various fiber solutes have been able to reduce total cholesterol and LDLs. However, the study also established that fiber intake beyond recommended amount does not significantly contribute to further decrease of cholesterol. Nevertheless, the relationship between fiber and lowered cholesterol levels are supported, and a decreased risk of atherosclerosis promotes the brain’s capability to deliver cognitive processes such as memory, regulation of emotions and decision-making.

3.) They are loaded with vitamins that enhance mental flexibility.

Although vitamin A is more associated with good eyesight, there have been studies that support the role of vitamin A to better learning capabilities. In a research conducted by scientists at the Salk Institute for Biological Studies in California, it was discovered that vitamin A is an essential component to facilitate mental activities, as well as the brain’s capability to switch from one mental activity into another (mental flexibility). Using mice as test subjects, the research team examined if the lack of vitamin A has an effect on the brain region that is associated with memory and learning. Because the test subjects were unable to demonstrate the expected learning behavior, the team concluded that vitamin A is a molecule that unlocks certain areas of the brain that are involved with mental activities.

Ascorbic acid is another vitamin that fosters improved cognition. According to the Linus Pauling Institute Micronutrient Research for Optimum Health, vitamin C is involved with the production of norepinphrine, a major neurotransmitter that activates the sympathetic nervous system and regulates thinking and affect. It is also essential for the production of carnitine, a chemical substance that transports fat into neuronal mitochondria, which is needed for brain cells to respire. Without the action of carnitine, the brain is unable to utilize energy that is needed for its function.

Eating the right foods is necessary to preserve your brain’s optimal functioning, and fruits and vegetables have just the components to help enhance it. Although the substances derived from these foods have been proven to help improve brain function, people should still be reminded that the intake of fruits and vegetables must also be balanced with other food groups to prevent nutritional deficiency.