For the most part, memory and how it works has largely been a mystery to experts. However, what scientists do know is that memory is partitioned into several different parts—primarily short-term memory, long-term memory, and working memory.

Working memory, short-term memory, and long-term memory all play an important role in remembering, learning, and creating. It is safe to say that without memory, human progress would not exist. 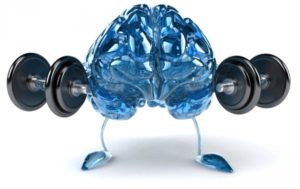 The Difference Between Short-Term and Long-Term Memory

Short-term memory gives the ability for the human brain to keep information in the mind for a very short period of time, such as remembering a phone number long enough until you are able to dial it on our phones. The extent of short-term memory lasts within seconds to minutes then dissipates if effort is not made to retain the information for long-term use.

It is commonly believed that the capacity of short-term memory (and also working memory) is 7 +/- 2. That is, on average, humans are able to hold seven random and unrelated objects simultaneously in the short-term memory bank, give or take 2. In other words, short-term memory holds about 5-9 items at one time. This is also known as human memory span.

It is believed that short-term memory is a primary function of the prefrontal cortex. Once memory is consolidated (via long-term potentiation), it is carried over to the hippocampus wherein long-term memories are formed and stored permanently. This conversion from short-term to long-term memory requires concerted effort, the passage of time, and the absence of interference in memory consolidation.

Things learned on a daily basis dissipate unless consolidation takes place, in which it is transferred into the long-term memory bank. So how does consolidation take place? It takes place with repetition and review. The more something is repeated and used, the more neuronal connections the brain makes, wherein the neural pathways used for the specific information become stronger. In the process, the synapses become stronger between the two neurons as signals are more frequently passed between them.

In addition, sleeping has been said to be important in the consolidation of memory and learning. Studies of rats found that that more genes are expressed during sleep, and activities displayed during spatial learning are replayed in the hippocampus during sleep.

The Difference Between Short-Term, Long-Term, and Working Memory