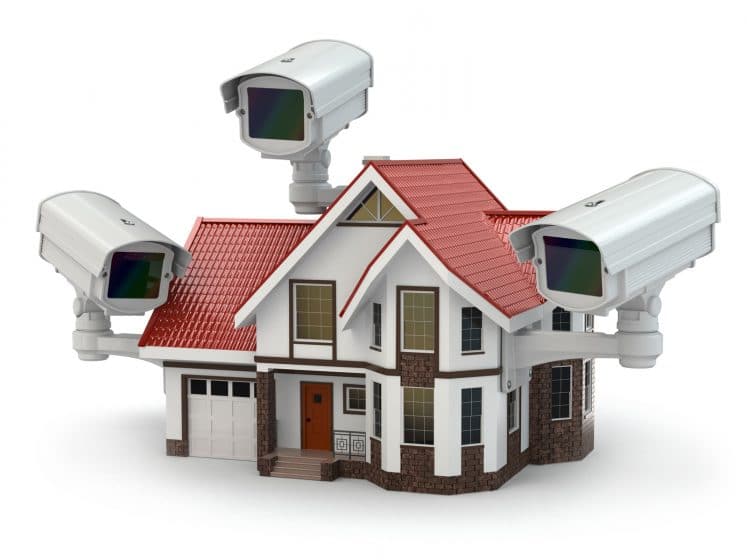 Look, I don’t know how else to say this…Your family is in danger.

You probably started panicking when I told you that, right?

I don’t blame you. But, let me share a little statistic with you:

One in ten households become the victim of property crime. This crimes accounts for nearly $4 billion worth of property damages and theft.

I’ll return to this idea later. But, just let those statistics resonate for a moment or two.

Suddenly, my intro sentence doesn’t seem like such attention seeking ‘click-bait’ any longer, does it?

People will often work hard to improve their home front.

They exercise regularly to increase their overall well-being. They study and learn to expand their cognitive functions. Finally, they meditate for mental health.

All of these things are important. Unfortunately, too many of those same people neglect a simple, yet key improvement they should make in their lives: ensure their security. One way they can do so is with the best home security system.

Your home may be a house, townhome, condo, apartment, or trailer. Either way, it is more than just a collection of four walls and roof.

It’s one of the cornerstones of your existence.

Your home is where you live, laugh, love, and grow. It’s also the safe haven where you retreat to reset mind and body after dealing with the pressures of the day.

Those four walls shelter you from the elements. They also help to guard you against all the stressors of the outside world. Mind, body, and spirit all find protection in the home.

Unfortunately, no shield is impenetrable. Fire, flood, and burglary are just a few of the threats to the sanctity of your residence. Your home may be where you feel the most secure, but it is also where you’re the most vulnerable.

All living creatures follow certain biological imperatives to survive in a world of constant threats.

One of the main imperatives – and a fundamental human need – is to seek shelter. Like most creatures, humans need to sleep to survive.

When you’re asleep, you’re unable to defend yourself.

You need a safe place to let your guard down and rest. Your home not only protects you from the elements but also anyone or anything that would do you harm. At its most basic function, your home is that shelter. The second it stops being secure, your life is in danger.

Your home also serves as the primary protection for your personal property. We’ve all heard the old adage that warns us not to put all of our eggs in one basket. But, when it comes to our physical possessions, that’s exactly what we do. 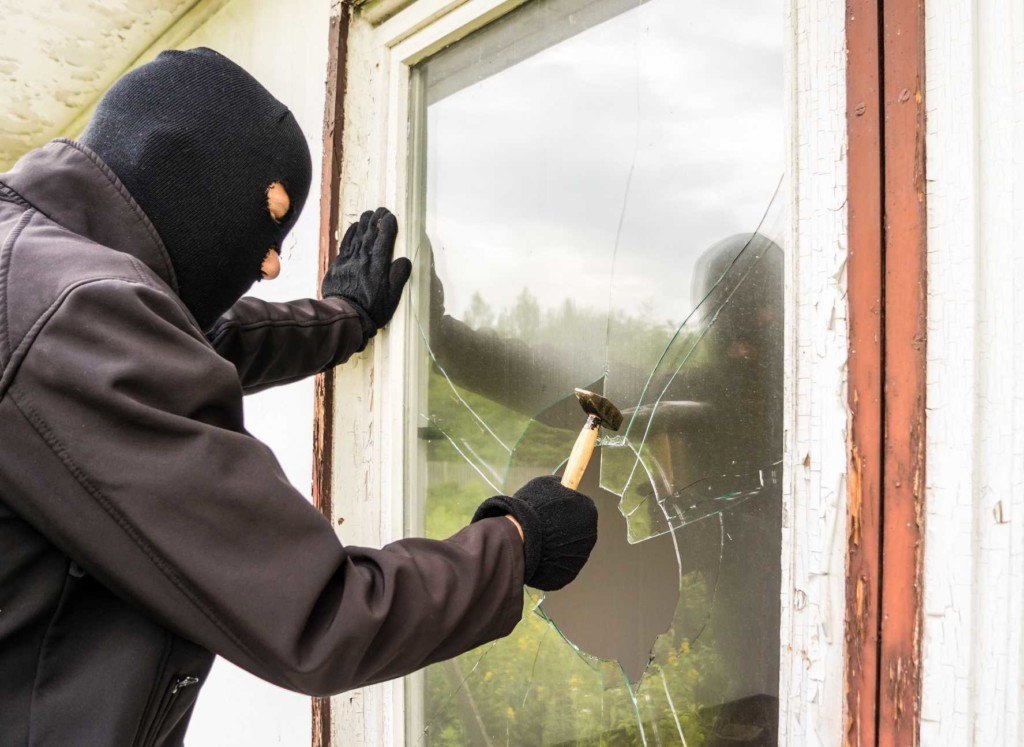 If something catastrophic were to happen to your “basket,” everything you’ve worked for could be lost in an instant. That loss extends far beyond the monetary. Possessions can be rebought, but family heirlooms and sentimental items are often irreplaceable.

The most effective way to guard your home against those scenarios is to research your available options. From there, purchase and install the best home security system that is offered in your area. It will not only help you to maintain your existence but also greatly improve it as well.

According to the FBI’s Uniform Crime Report, burglary is the second-most prevalent crime in the United States. Over 73% of all burglaries occur in residential areas. They’re spread across all neighborhoods and income brackets. There are no socio-economic factors that reduce your risk of a burglary.

Back to our statistics:

That first statistic comes from 2014 data from the FBI: nearly one in ten households were the victim of a property crime. Again, that crime accounts for $3.9 billion in burglary-related property losses.

As technology improves, and the size of expensive electronics shrinks, that dollar amount will only increase.

The most valuable items are becoming even easier to steal. Incidences of electronic theft have steadily increased over the past ten years, and along with them, the median value of items stolen during completed burglaries has risen 54%. Today, a single burglary results in an average loss of over $2000. 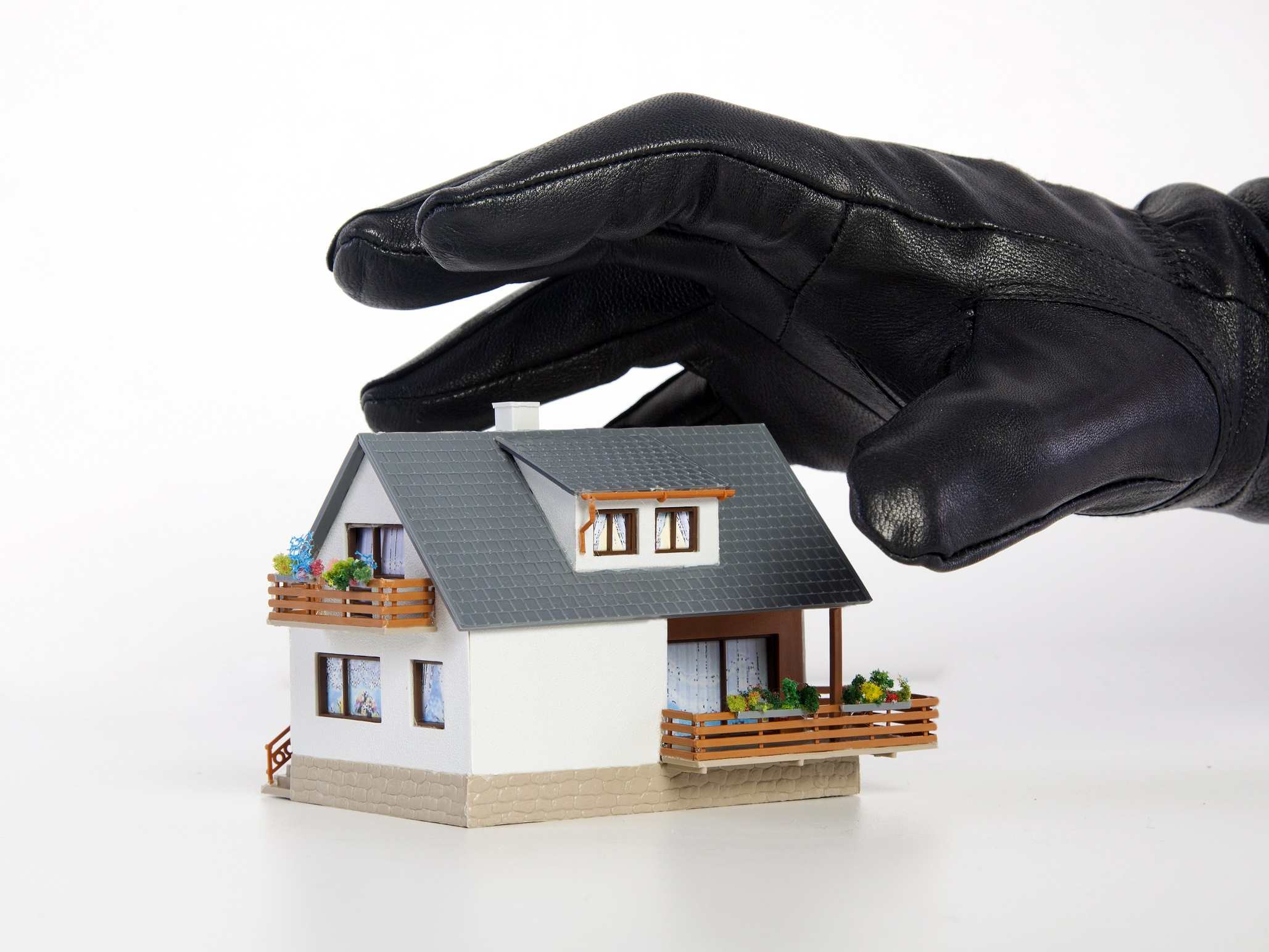 But, monetary loss is just one threat. Burglaries also represent a physical risk. Around 70% of all burglaries occur when no one is home. Of the 30% that occur when a family member is present, the Bureau of Justice Statistics reports that over seven percent of them resulted in some form of violent victimization. Those crimes occurred at a higher rate in households composed of single females with children than any other.

All of these statistics aren’t mean to depress you.

Instead, they illustrate the importance of a home security system. The good news is that these statistics come from completed burglaries. There are far more home intrusions committed every year than there are burglaries. An intrusion doesn’t escalate to a burglary until items are stolen.

The Electronic Security Association estimates that three-fourths of intrusions stop short of becoming burglaries because of a home security alarm. In fact, a University of North Carolina survey of 400 convicted burglars revealed that 83% said they would look for the presence of an alarm system before attempting an intrusion, and 60% said they would seek an alternative target if they discovered one. Some of you may have not looked for an alarm beforehand. Only 13 percent said they would continue with the burglary if an alarm sounded.

Having one of the best home security system models is a proven deterrent.

They protect your home against intrusion by securing designated doors and windows with electronic sensors that detect every time one opens. The sensors connect to a central control panel that arms and disarms the system. This control panel monitors all of the separate components. When a sensor is tripped, not only does an audible alarm sound. The panel also relays that alert to a professional monitoring station where agents are standing by to notify the proper authorities.

Traditionally, home alarm systems relied on hard-wired, professional installation. Each individual component attaches to the central control panel through a series of cables run through the walls and under the floors of the home.

Fortress Security Store – Again, Fortress takes top marks. Not only is this does this system bring a commercial grade quality. But, the system is completely wireless meaning you’ll never deal with patching drywalls or hiding unsightly cables under rugs!

Now, more and more devices are able to communicate with each other wirelessly. This not only makes easy, self-installation possible, but also increases the functionality of your system as a whole, which is important because there are more threats to your home than just burglary.

Every year, there are nearly 400,000 home fires in the United States.They account for an average loss of nearly $20,000, and 84% of them result in at least one death. Thankfully, that same wireless technology also allows many home security systems to integrate with wireless environmental sensors. These smoke, fire, CO2 and flood detectors not only give you the regular audible alarms of traditional sensors, but they’re also connected to the same central station that monitors your security alerts. If an alarm sounds when you either aren’t home or are incapacitated, the monitoring station immediately alerts emergency services on your behalf. That quick response is critical in mitigating potential losses and saving lives.

They account for an average loss of nearly $20,000, and 84% of them result in at least one death. Thankfully, that same wireless technology also allows many home security systems to integrate with wireless environmental sensors.

These smoke, fire, CO2 and flood detectors give you the regular audible alarms of traditional sensors. But, they also connect to the same central station that monitors your security alerts. If an alarm sounds when you either aren’t home or are incapacitated, the monitoring station immediately alerts emergency services on your behalf. That quick response is critical in mitigating potential losses and saving lives.

LG Smart Security All-in-One LHC5200WI – For the money (and this model is QUITE expensive), the LG camera system packs more features than any other model on the market at the moment. They get the nod for the best camera system.

With all of the turmoil in the world, and all of the opposing societal forces constantly vying for your time, money, and attention, it’s important to have that one space where you know you are safe: physically, mentally, and emotionally.

For your house to be that place, you need more than just a lock on the door. A professionally monitored home security system is one of the simplest ways you can improve your existence by protecting you the place you call home. Just the peace of mind that comes from knowing your house is safe is enough to enhance your quality of life.

And should a burglary or fire ever occur, you limited the overall impact to your existence through these simple preventative measures.