Oatstraw, also known as avena sativa, is one of the ingredients in Alpha Brain, the nootropic stack from Onnit. Oatstraw comes from green oats and it refers to the grass tops that are found in the stage before maturity. It is the same plant from which oatmeal and plain oats are derived.

Even inside the nootropic community, oatstraw is something of an uncommon ingredient. In the herbs and alternative medicine community, this ingredient is traditionally used to treat ailments such as sexual dysfunction and improve bone health.

But what does it do for the brain and is there any direct evidence to back up its benefits? Let’s find out. 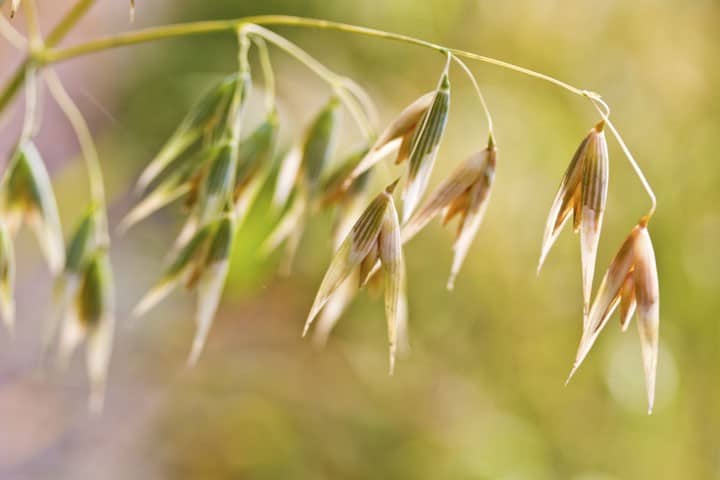 Benefits of Oatstraw and Results From Clinical Trials

Oatstraw has been used since the Middle Ages as an herbal medicine. It has been used to support brain health and some herbal specialists say that it can reduce the risk of heart disease, increase energy, reduce anxiety, and improve physical/sexual performance. But how much of this is anecdotal evidence and how much of it has been proven in clinical trials?

I believe there will be more studies on the way as to the benefits of oatstraw because it contains several important minerals and ingredients important to nurturing the mind and body.

What to Stack Oatstraw With

Because oatstraw has not been thoroughly studied by the scientific community nor is it a popular nootropic, there isn’t too much information out there as to what to stack oatstraw with. As I said previously, oatstraw is one of the 11 ingredients contained within Alpha Brain. Alpha Brain combines three nootropic stacks into one blend. The stack that includes oatstraw is as follows:

So you can try to either buy Alpha Brain or try to buy all the ingredients and stack oatstraw with the other three nootropics yourself. However, Alpha Brain does not list how much of each ingredient it puts in its stack, just that the total stack combines for 650mg. So if you are going to stack it yourself, you may want to test the different dosage amounts.

If you are an experienced nootropic user who doesn’t mind spending some money experimenting, you can try buying other nootropics that improve focus to stack with avena sativa. Because there isn’t much information on stacking oatstraw, it’s going to be essentially trial-and-error with combinations and doses.

Side Effects of Oatstraw Extract

From the scientific information available, there are no known side effects of oatstraw extract. Anecdotally, there have been no credible reports of adverse effects of avena sativa either. But this is not surprising as oatstraw is an herb and herbs usually don’t have any radical side effects. To the contrary, it is the fear of side effects from traditional medicine that draw crowds to herbal medicine.

Where to Buy Oatstraw

As previously stated, oatstraw extract is in the Alpha Brain nootropic blend. However, it is not known how much is in it because they want to keep the combined dosage information proprietary. However, if I could take a guess, it would be less than 200mg of oatstraw in the blend. However, I’ve tried it and the blend does work rather well for providing a noticeable cognitive boost. Although no one is quite certain how much oat straw is in there, trying Alpha Brain is probably the easiest way to see the effects of stacking oatstraw with other nootropics. Oatstraw alone might be too weak to provide a noticeable cognitive benefit. But when combined with other nootropics, it might be a good way to give your brain a nice boost.

Other places you can buy avena sativa are Powder City and Amazon.

This goes without saying, but I am not a medical professional so do not take this article as medical advice. You should consult a doctor or physician first before you take nootropics.