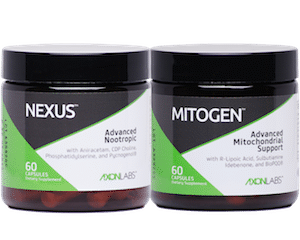 Before buying from Axon Labs, I’ve bought modafinil from Modup.net and phenylpiracetam from Liftmode. Those worked work great for what I wanted them to do. But modafinil had a really long half-life and phenylpiracetam had a really short half-life. In addition, I had to take the latter sublingually so that did not taste so well. So did Axon Labs’ Nexus and Mitogen provide a good middle ground? Read on to find out.

Aniracetam is the key ingredient in this nootropic blend and all other ingredients in this stack seem to be blended in order to support its mechanism of action. It is a molecule belonging to the racetam family and a well-known nootropic known for increasing cognition and reducing anxiety. In theory, aniracetam is able to improve cognition and reduce anxiety/depression by modulating the action of glutamate by reducing the glutamate receptor desensitization. As a result, this slows the decay of glutamate in the hippocampus.

Aniracetam has been known to aid in big picture thinking by increasing blood flow and activity in the area of the brain known for holistic thinking, the association cortex. Although it is known to be stimulatory to its users, the stimulation it provides is not like that of caffeine. For instance, it does not increase your heart rate nor do users experience anxiety or jitteryness. This specific racetam has also been shown to have neuroprotective properties, by reducing damage done to memory and learning. For a more in depth and scientific read of aniracetam, go to this Examine article.

CDP-choline (citicholine) is a nootropic compound that converts to both choline and cytidine upon ingestion, and seems to have cognitive-boosting properties. This compound is essential to the production of the neurotransmitter acetylcholine, which is thought to promote cognitive function. Since aniracetam is partially cholinergnic in its mechanism of action, the theory is that when aniracetam is paired with choline, the increase in acetylcholine will increase the cholinergic effects of aniracetam, thereby increasing the efficiency in which it works.

Phosphatidylserine is a fatty acid and amino acid that helps comprise cell membranes. It’s known as one of the building blocks of our brain cells. It is extremely vital to the health of your brain cells and has been shown to improve brain functioning, memory retention, and the speed at which you process information. Various studies have also shown its ability to reduce the risk of dementia and other types of cognitive impairment in senior citizens. The fatty acid also bonds very well with aniracetam because it increases levels of acetylcholine in the brain.

Phosphatidylserine also does a great job of crossing the blood-brain barrier and enter the central nervous system. Once there, it helps break down glucose to release and bind with many neurotransmitters within the brain. While this fatty and amino acid is found in many nootropic stacks, users who take phosphatidylserine by itself notice a big decrease in anxiety. Its ability to increase focus, reduce anxiety, and bind with aniracetam are probably the three main reasons it is found in so many stacks.

Pycnogenol is an extract of a French maritime pine bark that has been patented. It contains procyanidins, which is an antioxidant flavonoid. This extract is known for its ability to increase blood flow and thus is used for treating circulation problems, muscle soreness, and other problems that deal with inadequate blood flow. Research shows that it also does a decent job of increasing attention. It does this by increasing concentrations of nitric oxide (NO) by preventing NO from oxidizing. However, it also induces the Nitric Oxide Synthase (NOS) enzyme, which is the vanguard to the production of NO. This extract is also very popular with the life extension community, with many touting it for its ability to shut down several mechanisms of aging, including oxidative stress, brain cell membrane damage [reference below, 1], DNA damage, inflammation, and glycation (when sugar in your bloodstream attaches to proteins to form harmful new molecules).

Mitogen is sold as a complementary stack to the Nexus, which is their main nootropic blend. While Nexus is a nootropic that is suppose to work right away in increasing your attention. With Nexus, the expectation is that you are suppose to feel something different when you take it, whether it be increased focus, energy, or relaxation.

However, Mitogen is not marketed as such. Rather, it is marketed more as a vitamin, antioxidant, or a supplement to take for overall support of your general health. It’s suppose to facilitate and improve how Nexus works. Mitogen includes vitamin C which boosts your immune system and vitamin B-5 which helps alleviate stress and anxiety. Also included in the Mitogen stack are:

Experiences are often very personal. Everyone’s genetic makeup is different and therefore react differently to different supplements and drugs. Additionally, everyone’s baseline levels are different. And to make matters even more complicated, some people are more in tune with how their bodies react to certain supplements moreso than others. So like any review of a movie or a book, this review is fairly subjective and only based on my personal experience.

With the caveats out of the way, I have to say that I’m fairly disappointed by the product, especially given the price point. Because  they sell the Nexus and Mitogen stacks as a package, I bought both to test out the synergistic effects of the combo. At a price of over $100 for 30 servings of each is objectively pretty fair. But $100 to pay to test out nootropics is a bit of a hefty price to pay, especially when it doesn’t work as well as you expect. I took Nexus alone and also in combination with Mitogen. There was no noticeable difference.

Like I mentioned before, it seems that Nexus is built around aniracetam and everything else that is included in the blend is trying to support aniracetam and its mechanism of action. I have not taken aniracetam alone but it is supposed to increase focus and attention. I did not feel that at all.

Taking Nexus and Mitogen without combining other nootropics did little for me in terms of attention, focus, recall, or creativity. But here’s the weird thing, Nexus worked great when taken together with Nootrobox’s Rise nootropic stack. I tried taking Rise alone and Rise in combination with Nexus—the effects are definitely stronger with Nexus. The third time I took Rise and Nootrobox together, I went on a creative rampage and thought of 40 puns that related to items in my home. They were something like this: 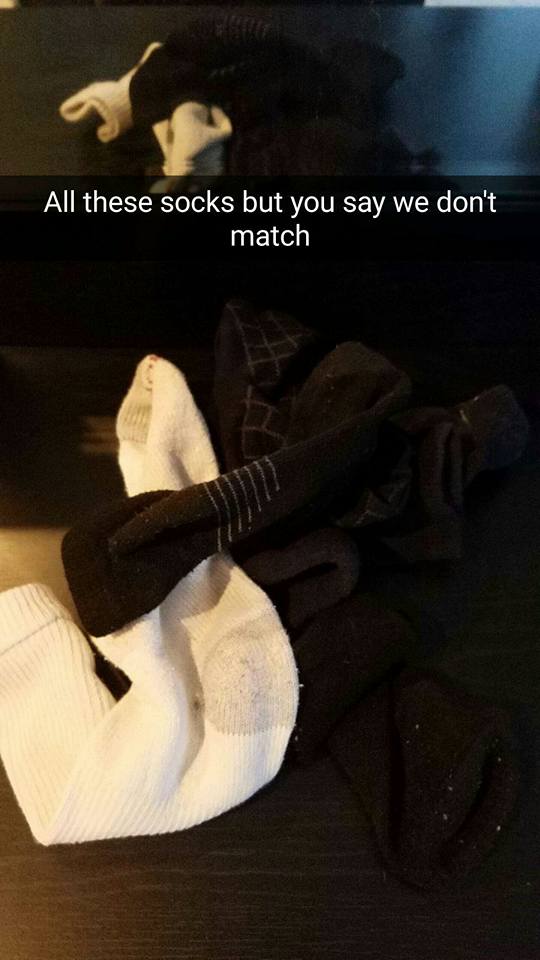 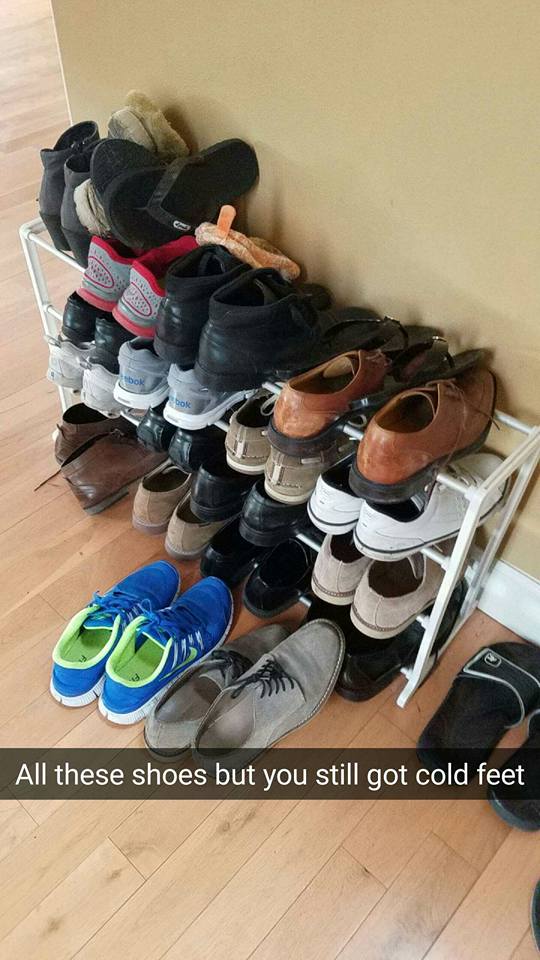 It was awesome. My Snapchat followers loved it.

One thing that Nexus and Mitogen is great at is reducing anxiety. Taking it made me noticeably calmer. I had less racing thoughts and felt less fidgety. In addition, I had no problem napping while taking it.

In terms of side effects, I did not experience any at all. No headaches, no body aches, nothing. All I experienced was a very distinct urine smell.

Overall if you go with Axon Labs, I would recommend just buying the Nexus nootropic stack alone and not buying it with Mitogen. If you do that, it will give you 30 servings for a little over $50. Not bad for 30 days’ worth of nootropics if you are just getting into it.

But would I recommend it as a first choice after taking all the different nootropic stacks? No, probably not. I would probably start off with Optimind because they give you ten free capsules to try out.

One of the things I do really like about Axon Labs over other nootropic blends is that there is no recurring order. Other services offer you discount on your first purchase if you sign up for recurring orders. What happens is that people often forget to cancel the recurring order even if the product doesn’t work for them. You don’t have to deal with that with Axon Labs so that’s pretty cool.

I bought this product to help me focus. It did not do that very well. What it do well though is help make me less anxious. So if you want to take nootropics to reduce anxiety, this might be a good choice. However, if you want nootropics that will help you concentrate and focus, this might not be for you.

I really wanted to give this product a stellar review. They seem like a pretty responsive company and I was hoping to establish some sort of affiliate relationship with them. So after trying the product for a little more than two weeks, it is not what I wanted out of my nootropic stack.

Remember, my experience with Nexus/Mitogen does not mean you your experience will be the sam. Everyone’s genetic makeup is different and the best way to see if a certain nootropic works for you is to just try it. But with that said, I hope my review will provide some perspective into what to expect and help you in guiding your decision into improving your brain function and achieving your goal.

How to Use Nootropic Supplements

Which Nootropics Cross the Blood-Brain Barrier?