21 Things You Can Do to Work out Your Brain 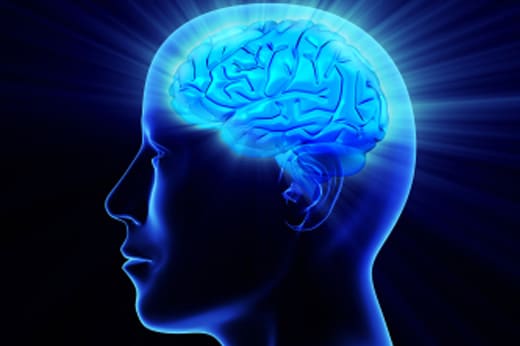 11) Use your non-dominant hand to complete tasks.

Except for critical tasks such as driving or operating heavy equipment, daily tasks performed using your non-dominant hand may just be the boost your brain needs. Using both hands uses both sides of the brain’s hemipheres and allows for increased creativity. Research has shown that musicians who use both hands (almost) equally exhibit a 9 percent increase in the size of the corpus callosum (the part of the brain that connects the two hemispheres). A study published in 1999 in the Journal of Brain Research showed that using your nondominant hand stimulates the somatosensory cortext, which is the part of the brain that is responsible for somatic sensation, responding to visual stimuli and movement planning.

12) Give brain-training video games a try.

This one won’t only get your body moving, but also your brain working. So what if you’ve got two left feet? Learning how to dance (especially during childhood) will improve memory, cognition, and emotional knowledge. Dancing also integrates several brain functions all at once; rational, musical, emotional, and kinesthetic. This integration of multiple brain function and its reliance on your working memory allows the brain to create new neural pathways and connections.

14) Learn how to play a musical instrument.

Playing an instrument is one of the things that can give your brain a workout. Of course, if you are already skilled at one or two instruments, try picking up another.  Learning how to play an instrument helps with memory and attentional control.

If you’re like most people, you only know by heart the numbers to call during an emergency. Why not commit to memory your pals’ mobile numbers? That should get your brain working overtime and reinforces your long-term memory.

Take old photo albums out of the boxes. As you flip through their pages, try to recall everything you can about the events that those pictures show. Calling to mind the dates, names of people, and other relevant details will reinforce your long-term memory.

Exercising is great for the heart—but it is also great for the brain.  Many studies have recently concluded that walking and cardio exercise is great for brain health.  For instance, a University of Pittsburg study showed that people who walked suffered less brain degradation than their sedentary peers.  Brain scans in older adults showed that those who exercise experience less brain shrinkage in areas of the brain that is associated with age.

18) Assemble or build something.

Remember those erector sets you used to beg your parents for? Well, the act of following directions in order to assemble or build something is another great workout for the brain.  Building something, especially without a manual or instructions, involves spatial reasoning.

Question everything. If you don’t know something, look it up. Your quest for knowledge will help you become a more well-rounded person and enable your brain to take in more information.

Debating, be it for fun or otherwise, tests your powers of reasoning. Don’t lose your calm, though. The point of the exercise is to exert your brain, not stress your heart.  Debating works out the brain because it teaches you to think on your feet and anticipate your opponent’s point of view.  Social interaction, and specifically debate, involves many cognitive tasks, such as memory, attention, thought processing, and control.

Math is the basis of all things logical and technological.  Without math, we would still be stuck in the primitive era.  Math has been shown to be especially adept at increasing fluid intelligence, as summarized in an American Mathematical Society article.  Trying doing geometric proofs or calculus—they are great for enhancing your critical thinking skills.

Pick a few of these to try out on a regular basis.  Like your body, you should reserve adequate time out each week to work out your brain.  Working out your brain will increase your cognitive abilities and prevent mental diseases such as dementia and depression.