In recent decades, the science behind why we procrastinate has advanced significantly. Everyone procrastinates at some point in their life. Whether you are putting off your essay for school or delaying errands, it is far too easy to assume that you can always save a task for tomorrow. While many people assume that procrastination is just a sign of laziness, there are actually scientific reasons for why you procrastinate. Your prefrontal cortex and mind are designed to seek out pleasurable activities. When it comes to errands or undesirable tasks, your mind is wired to avoid doing them and seek out more enjoyable pastimes instead.

Why We Procrastinate – It’s More Than a Habit

Procrastination is not just a habit. An estimated 20 percent of people are considered chronic procrastinators. For these people, just doing the work is an impossibility. Telling someone who chronically procrastinates to do the work is like telling a depressed individual to smile more. It does not work and is unlikely to speed up the results.

At Case Western Reserve University, a team of researchers conducted a study on procrastinating in 1997. In the study, college students were rated according to their personal level of procrastinating. Afterward, researchers tracked their stress levels, general health and grades. In the immediate weeks that followed, the students that procrastinated actually had lower levels of stress. In the long run, they actually suffered from more stress, worse grades and more illnesses than their fellow college students. Waiting to complete assignments may have been less stress in the present, but it led to a decreased well-being over time.

Later, researchers looked at how people react to perceived assignments. The study participants were given a math puzzle and allowed to prepare for the test or play games. In one group, participants were told that the test was a meaningful way to test their mental abilities. The other group was told that the test was merely given for fun. Participants in the first group were more likely to put off taking the test or preparing if they were chronic procrastinators. In the second group, there was no difference between the participants. From this study, the psychologists surmised that procrastinators engaged in a self-defeating behavior. In essence, they undermined their own abilities because they wished to be perceived as lacking the work ethic instead of lacking the ability for the puzzle.

Procrastinating Stimulates the Reward System in Your Brain 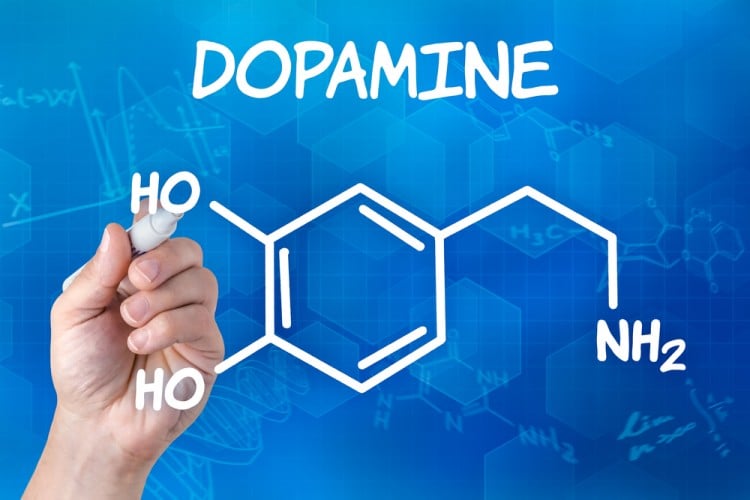 Until you have to deal with the undesirable effects of procrastinating, it can feel good to put things off for later. Whether you are experiencing panic, fatigue or stress, waiting to do something provides a boost of dopamine in your mind. This feel-good chemical is the same chemical responsible for drug addiction. Your reward center is wired to seek out pleasurable activities for the jolt of dopamine. In essence, your brain has a present bias. Even though you logically know that it is better to finish an activity now, you get an immediate burst of feel-good chemicals if you procrastinate. Over time, this causes your mind to becoming addicted to the chemical. You continue to procrastinate on each project because your mind wants the same boost of positive feelings as before.

Good Intentions Do Not Always Cause the Right Actions

The worst procrastinators often have a mix of impulsiveness, minimal self-discipline and fear of defeat. When these factors are combined, it can lead to a complete inability to get anything done. Social scientists believe the gap between your intentions and actual actions is caused by an inability to manage your time or emotions. For economists, this dilemma is best described through the concept of utility. Each thing that you buy, do or enjoy provides you with a certain level of utility. For example, if you love eating ice cream, you will gain more utility from eating ice cream than you would from eating vegetables. To economists, this means that procrastinators are basically maximizing their present utility. Instead of lacking control or willpower, you are merely trying to get the highest level of reward and utility from your current activities.

For psychologists, the real question is not about the amount of utility you receive from an activity. After all, if human beings were entirely rational, utility-seeking creatures, problems like crime and economic crises would be easier to solve. Psychologists believe that the main problem is more emotional than an economist would suggest. Studies show that procrastinators often feel guilt, anxiety or embarrassment over their decision to put off a task.

In the Journal of Social Behavior and Personality, Timothy Pychyl published a study in 2000 about procrastinators. In the study, 45 students were given a pager for five days. During this time, the pager beeped eight times a day to ask the students if they were preparing for the school deadline and their emotional state. As preparation became harder, students put off their work for more enjoyable activities. Although this may have given a temporary boost of happiness, it ended up making the students feel high levels of guilt. In essence, the students knew the temporal harm they were causing themselves, but still sought out diversions.

Temporal Proximity to an Event Matters 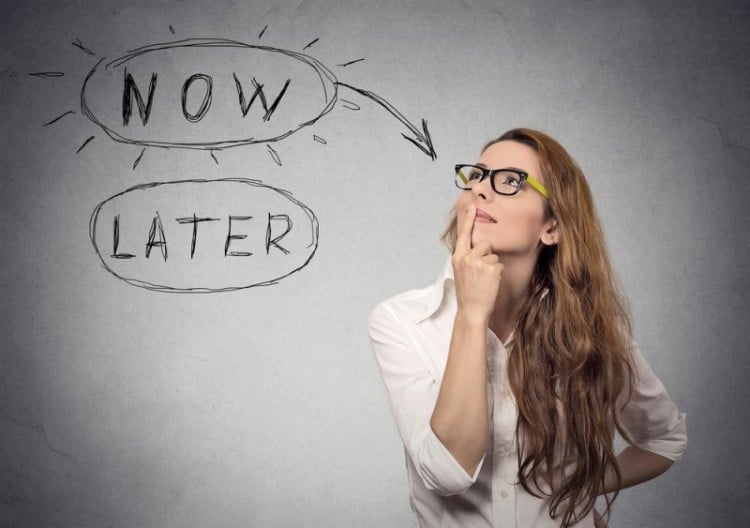 Human motivation is influenced by temporal proximity. The closer a reward is, the more likely you are to pay attention to it. If someone offered you $20 today or $30 in a month, you may choose to have the $20 today. If the same person offered you $20 in a year or $30 in 13 months, you might choose the 13-month option. After all, you would only have to wait an extra month for the year-long scenario, so it makes sense to add an extra month. Although the extra wait for $10 is only a month in both circumstances, the temporal proximity to the event makes you more inclined to receive the money today instead of waiting an additional month. Your mind has a present bias that makes you focus on your state of mind, happiness and well-being today. While this may improve your current day, it ends up causing more stress when you ultimately have to finish the task.

If you are tired of the guilt, stress or tension that comes from putting a certain task, there are techniques that can help. Instead of focusing on mood repair, psychologists now advise procrastinators to mentally time travel to the future. In your mind, imagine how good you will feel after the task is complete or how bad you will feel if you have not finished the task. By merging your present self with your future mind, you can modify the way you view errands and non-enjoyable activities.

Even when it is impossible to complete a task on time, forgive yourself. In a study at Carleton University, chronic procrastinators were surveyed before their midterm exams. These individuals found that students who were able to forgive themselves for delaying their studies were more likely to start studying early for their next exam. Solving your procrastination problem may be as easy as forgiving yourself and focusing on how your future self will feel.