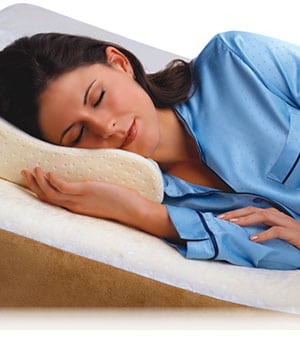 What is the REM Cycle?

First and foremost, you need to know that two main classifications of sleep exist. Both types of sleep are characterized by a separate and different set of physiological and neurological features.

NREM or Non-Rapid Eye Movement sleep, the first type, is further divided into 3 stages of sleep by the 2007 American Academy of Sleep Medicine standards. The first NREM stage is one that is described as a state halfway between wakefulness and sleep. The muscles at this time remain active, while the eyes open and close moderately. The second NREM stage is when the sleeping individual steadily becomes more difficult to awaken. The final NREM stage is when most stimuli from the environment no longer generate reactions from the sleeper. During these 3 stages, not many dreams occur.

On the other hand, Rapid Eye Movement or REM sleep is a stage of sleep in itself.  The first REM sleep occurs roughly 90 minutes after the onset of sleep.  REM sleep comes in cycles, and a person may experience as much as 5 cycles of REM sleep per night. The first rapid eye movement sleep cycle typically occurs one and a half hour after the onset of sleep and usually follows one complete cycle of NREM sleep. This first REM cycle commonly lasts for only a short period of time, with the following cycles taking a bit longer. The final REM cycle may take as long as one hour to be complete.

It is also possible for the frequency and depth of REM sleep to lengthen and deepen. This occurrence, which is called the REM rebound, happens after a person is continuously deprived of sleep. Those who take sleeping aids, those who take in alcohol, and those with obstructive sleep apnea syndrome who are placed on continuous positive airway pressure or CPAP are the individuals who usually experience REM rebound.

During REM sleep, one’s eyes move rapidly in various directions, an occurrence that gave the sleep stage its name. The REM cycle is also characterized by erratic and rapid heart rates and respiration in persons who don’t suffer from any sleep disorder. Furthermore, brainwave patterns during this stage of sleep share similarities to those recorded in times of wakefulness. This heightened brain activity may be responsible for the intense dreams that REM sleep is recognized for. At the same time, major voluntary muscle groups undergo a paralysis. While the brain is in a state of excitement during this stage, the muscles are in a state of immobility. Because of this enigma, REM sleep is sometimes referred to as paradoxical sleep.

Circadian rhythms, or our very own internal sleep-wake clocks, may vary from individual to individual. Despite this difference, people of the same age group often share the same percentage of REM sleep. While infants spend half of their sleeping time in REM sleep, adults spend only about a fifth of their sleep in the REM stage.

The concept of sleep may still be shrouded with some obscurity, but now you have a better idea of what the REM sleep cycle is. Intense dreams, muscle immobility, and rapid eye movements during sleep will no longer be such a mystery.

Here are some more important articles of sleep you may be interested in:

How much sleep do you need to function optimally?

Lack of sleep affects over 700 genes

Is too much sleep bad for you?