When people talk about yoga, they often reference the physiological benefits of the practice, such as increased flexibility and decreased muscle stiffness.  However, not enough is mentioned about the mental, psychological, and cognitive benefits of yoga—and there are plenty.  There have been several studies done to assess the effectiveness of yoga for brain and mental health—-and the research has come back promising.  With that said, here are five of the most prominent mental benefits of practicing yoga: 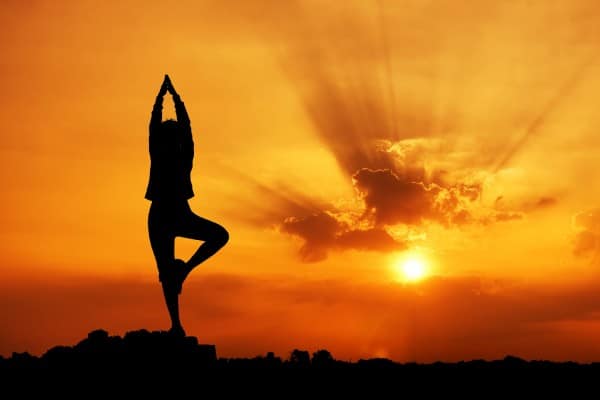 Do you always seem stressed and tense? Do you feel as if you’re carrying the entire world on your shoulders? With the help of yoga, you can definitely put throw those unhealthy feelings on the wayside. According to the British Psychological Society, yoga involves concentration on the breath and body, which makes it a great way to soothe a person’s mind and relieve worries. By helping discharge tension and stress, yoga poses and breathing exercises keep a person free from such negative elements. As a result, a person who does yoga is better able to achieve the pink of psychological health.

2) Yoga helps with anxiety and depression.

Consisting of activities such as relaxation, meditation, socialization, and exercise, yoga has been proven helpful in reducing your anxiety and depression. According to a Harvard University article, yoga is able to accomplish this by helping regulate a person’s stress response system. With its ability to lower blood pressure and heart rate as well as improve respiration, yoga provides you with the means to deal with and resolve anxiety and depression without resorting to expensive medications.

[wp_ad_camp_4]
There may come certain instances in your life when you find it difficult to concentrate on your day-to-day tasks. Thankfully, you now have an idea on how to address this issue.  Yoga has been proven effective at improving your memory and concentration, according to Women’s Fitness. For instance, Dharana, otherwise known as the practice of concentration, is the perfect way to clear your mind and calm your senses. As you remove the static noise in your head and focus your mind, you’ll find that you’re able to remember things, concentrate, and perform much better.

4) Yoga prevents the onset of mental health conditions, which are prevalent during adolescence.

Adolescence is a stage in one’s life when a variety of mental health problems are more likely to develop. With the many cases of psychological disorders diagnosed in teenagers, it has become imperative to find ways to prevent the onset of such mental health conditions.

Yoga, among others, has been seen as a helpful method that can be used to protect adolescents from mental illnesses. This is according to a study published in the Journal of Developmental and Behavioral Pediatrics. The said study had some of the subjects enrolled in PE classes centered on Kripalu Yoga. This type of yoga involves physical postures, breathing, relaxation, and meditation. In comparison to the control group, the yogis displayed better moods, lower levels of anxiety and tension, better anger control, improved resilience, and enhanced mindfulness. These are just some of the many factors that are important in the prevention of psychological conditions in teenagers.

Women who have been abused, as well as enlisted military personnel who have gone into battle with enemy combatants, usually develop a condition known as Post Traumatic Stress Disorder (PTSD). Patients who suffer from this mental illness frequently experience nightmares and flashbacks, to name a few of the symptoms. While some mental treatments can address the underlying factors of PTSD, there are some patients who prove to be ‘immune’ to these approaches. Particularly in cases where contemporary mental and pharmacological treatments have failed, Hatha Yoga has been shown to be effective in reducing PTSD symptoms, according to the American Psychological Association. As such, Yoga might just be a great counterattack against the ravages of traumatic experiences.

If you are interested in watching the video version of this article, here it is:

If you are interested in starting yoga, start with this yoga mat: