When I write about nootropics, I like to find as many human trials as possible, instead of rat or in vitro studies. After all, human studies are by far the best way to tell if a nootropic is beneficial or not to humans. The following human clinical trials are the best indicators of phosphatidylserine’s effect on cognition and overall well-being.

Study (1) showed that supplementing with phosphatidylserine improved cognitive function in athletes before and after exercise.

Several studies have also shown that PS also reduces cortisol (the stress chemical) in healthy adults. A reduction in cortisol is linked to an increase in cognitive performance and decrease in visceral fat.

Several studies have also shown that phosphatidylserine can protect from cognitive decline. One study (4) showed that 3 weeks of supplementation of 500 mg of PS resulted a 14.8% increase in global metabolic rate in participants with alzheimer’s disease. This increased metabolic rate results in improvements in symptoms associated with cognitive decline.

A study (5) with 51 patients showed that 100mg supplementation of bovine cortex PS for 12 weeks showed improvements in cognitive measures in those with alzheimer’s disease.

A double blind study of 147 children (6) showed 300mg of PS and 120mg of fish oil improved symptoms of ADHD in children, with improvements in attention and control of emotions.

A double blind study of 36 children ages 1-12 (7) showed two months of PS supplementation at a dosage of 200mg per day resulted in improvements in short-term memory and decreased impulsivity. The study involved all children with ADHD.

A double blind study with 14 males (8) ages 18-29 showed that 750mg of soy based phosphatidylserine for 10 days is able to improve the time it took to exhaust athletes who were cycling at 85% of VO2max, without significantly affecting oxygen uptake, fat oxidation rates, or cortisol levels.

Dosage effectiveness information seems to be all over the board. Some clinical trials test with dosages as low as 100mg per dose while others go as high as 750mg. The good news is that there is no median lethal dosage amount for PS so it is basically a question about how much your body can tolerate without any adverse effects. But this isn’t an invitation to eat unlimited amounts of animal products though—because overconsumption of red meat is linked to cancer and other chronic ailments.

So the general advice in the nootroopic community is to start with 300mg dose once a day and then adjust up or down according to how you feel.

Where to Buy Phosphatidylserine

PS is easily obtainable via various online sources. You can get it easily on Amazon from multiple sources, including Now Foods. As for which sources are better, I cannot say as I have not ordered PS by itself. PS is also a chemical in the popular nootropic blend Alpha Brain. If you are interested in seeing how PS interacts with many other nootropics, give Alpha Brain a go. Alpha Brain has been pretty good to me in terms of fine-tuning my mental energy. If you want to read a review of it, just go here. If you have bought PS somewhere, please leave your experience with the source in the comments below. I want as much information about legitimate sources as possible so I can add onto this article. 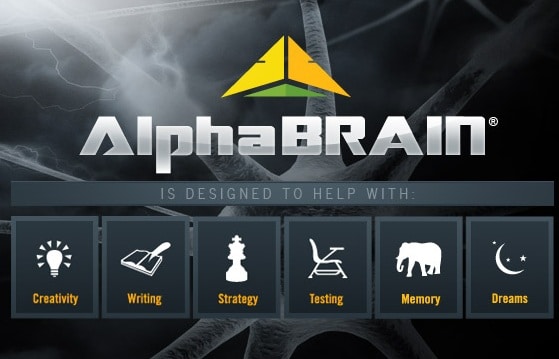